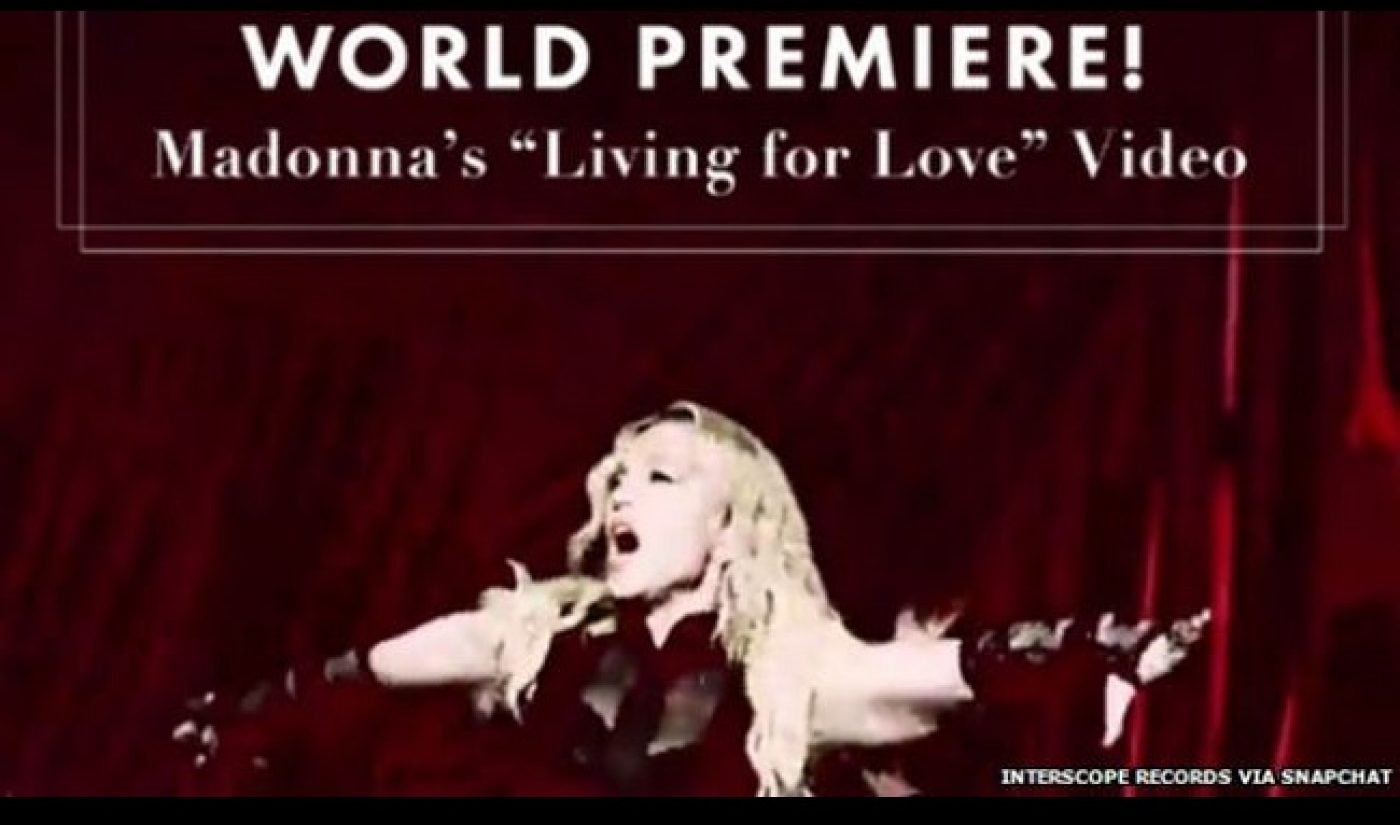 Madonna has never been afraid of pushing boundaries and trying new things (“Like a Prayer,” anyone?) Now, the 56-year-old singer and entertainer has released the music video for her newest song “Living for Love” on Snapchat’s brand-new Discover platform.

The “Living for Love” clip is the first music video to come from Madonna’s upcoming album Rebel Heart, set for official release on March 10, 2015 (the entire album was leaked online in December 2014.) Directed by France’s Julien Choquart and Camille Hirigoyen (known as J.A.C.K.), the music video features Madonna fighting off a hoard of dancers sporting demon-like horns.

Users can swipe to watch “Living for Love” on the Snapchat Channel section of Discover. But as is the case with all of Snapchat’s temporary content, the music video will disappear within 24 hours (at roughly 2:45 PM EST on February 6, 2015, according to The Verge).

Madonna can’t claim the title of the first-ever creator to post a music video on Snapchat, adds The Verge. That right belongs to Warner Music and VICE, who have been displaying music videos from featured and up-and-coming artists since the launch of Discover merely a week ago. In addition to releasing content from Snapchat partners, the fleeting messaging app debuted its first-ever web series from Sasha Spielberg and Emily Goldwyn called Literally Can’t Even (which received mostly negative reviews).

You can check out Madonna’s “Living for Love” music video on the Snapchat app before the clip disappears within the next few hours.