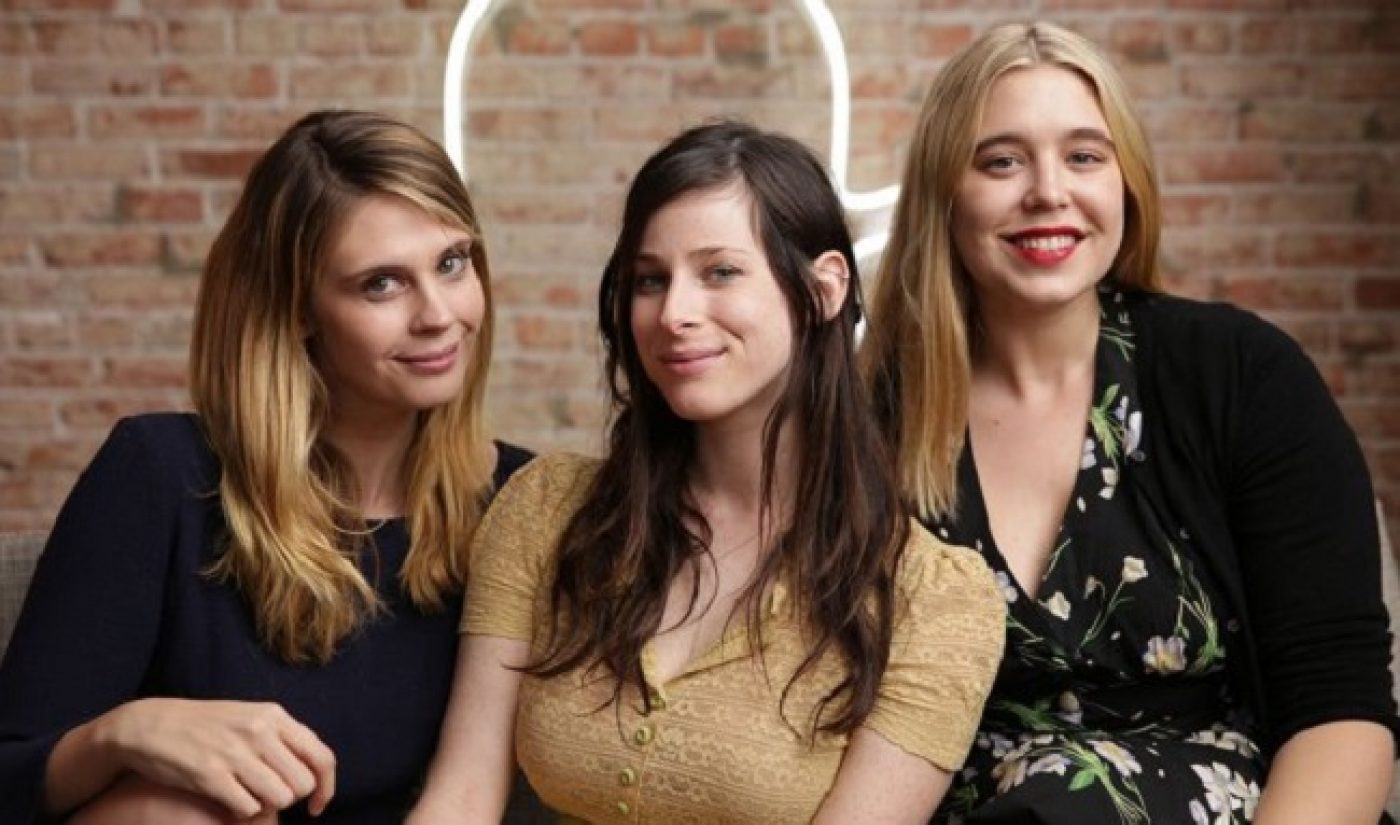 Snapchat has had a busy month covering global New Year’s Eve celebrations and launching its Discover platform. Now, the messaging application known for its fleeting content and rumored to be developing its own programming has announced original web series Literally Can’t Even from Sasha Spielberg and Emily Goldwyn, debuting on January 31, 2015.

Spielberg, daughter of acclaimed Hollywood director Steven Spielberg, and Goldwyn, daughter of film producer John Goldwyn, are the co-creators and writers of Literally Can’t Even. The two women will also star in the series as comical versions of themselves dealing with crazy adventures across Los Angeles. The Hollywood Reporter (THR) originally broke the news.

Snapchat’s media production director Rylee Ebsen serves as director for Literally Can’t Even. She told THR that Snapchat’s own channel is designed to “promote interesting content that will surprise its users.” “Snapchatters consume and create and we’ve always embraced that,” explains Ebsen. “When it came to Discover, we wanted to have a seat at the table. It felt weird to not have our own voice as well.”

Literally Can’t Even is perfectly tailored to the Snapchat platform, too. Episodes of the Spielberg-Goldwyn web series will run under five minutes each, will often appear on a split-screen to include more details, and are created to make viewers feel they’re watching the two women at specific moments in their lives. “These are snapshots of our life, which is perfect for Snapchat,” says Goldwyn. “It feels perfect for the generation that we’re writing for.”

And as is the case with the app’s content, all Literally Can’t Even episodes will disappear after 24 hours. Spielberg doesn’t see this as an issue, and instead embraces it when she says, “It provides a clean slate each week.”

Spielberg and Goldwyn’s Literally Can’t Even will join recently-announced SnapperHero, a superhero-based Snapchat series from AT&T starring well-known YouTube and Vine stars like Anna Akana, Freddie Wong, and Simone Shepard. Twelve 100- to 200-second episodes of SnapperHero will hit Snapchat within the first quarter of 2015.

Literally Can’t Even will debut on the Snap Channel section of Snapchat’s Discover platform on January 31. You can catch new episodes weekly each Saturday, but of course, you’ll have to watch them within a day before they’re gone.