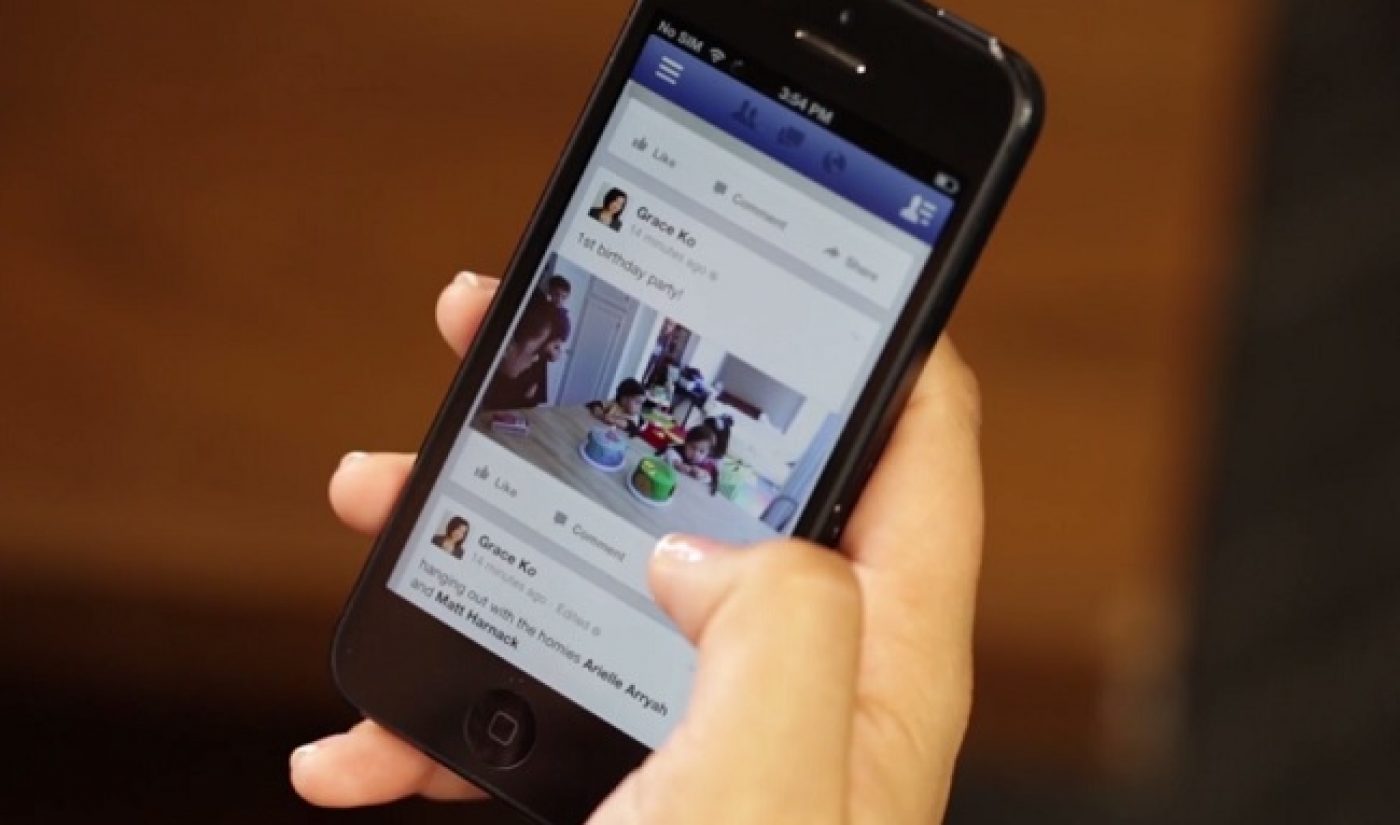 Facebook users can’t seem to get enough of watching and uploading native videos. Now, the social media site has reported its users rack up about three billion video views every day, with about 65% of these views coming from mobile users.

Facebook videos auto-play when a user runs across them in a feed, so it makes sense the social media site with its 890 million daily active users around the globe would see a lot of video views. But the three billion number is still impressive, especially considering the stat only relates to videos directly uploaded to Facebook and doesn’t include any views from videos viewed on Facebook that come from links to YouTube or other video sharing sites.

Facebook’s video viewership is also trending way up. Only a few months ago in September 2014, Facebook claimed one billion daily video views on native Facebook videos. So, within a four-month timeframe, the social media site tripled its viewership stats.

But according to Re/code, Facebook investors were concerned about another video-related matter during the company’s Q4 earnings call on January 28, 2015. While some companies have already seen great success with Facebook video ads, the site’s financial backers wanted to hear about how and when Facebook plans to fully implement video ads across the platform and possibly put its $500 or so million acquisition of video ad tech company LiveRail to good use. The social media site didn’t have a lot to tell its investors, at least not yet.

Sandberg explained that having users already familiar with video in their News Feeds will help the company determine the best way to implement video ads for its mobile and desktop users. Facebook’s COO added the company is working to find the right equilibrium between natively-uploaded user videos and brand-sponsored video ads, especially the longer, more expensive versions people are familiar with seeing on TV.

“We’ve already gained pretty explosive growth [in video] without that kind of premium content in the system in large numbers,” she said. “We haven’t figured out what that mix needs to be.”