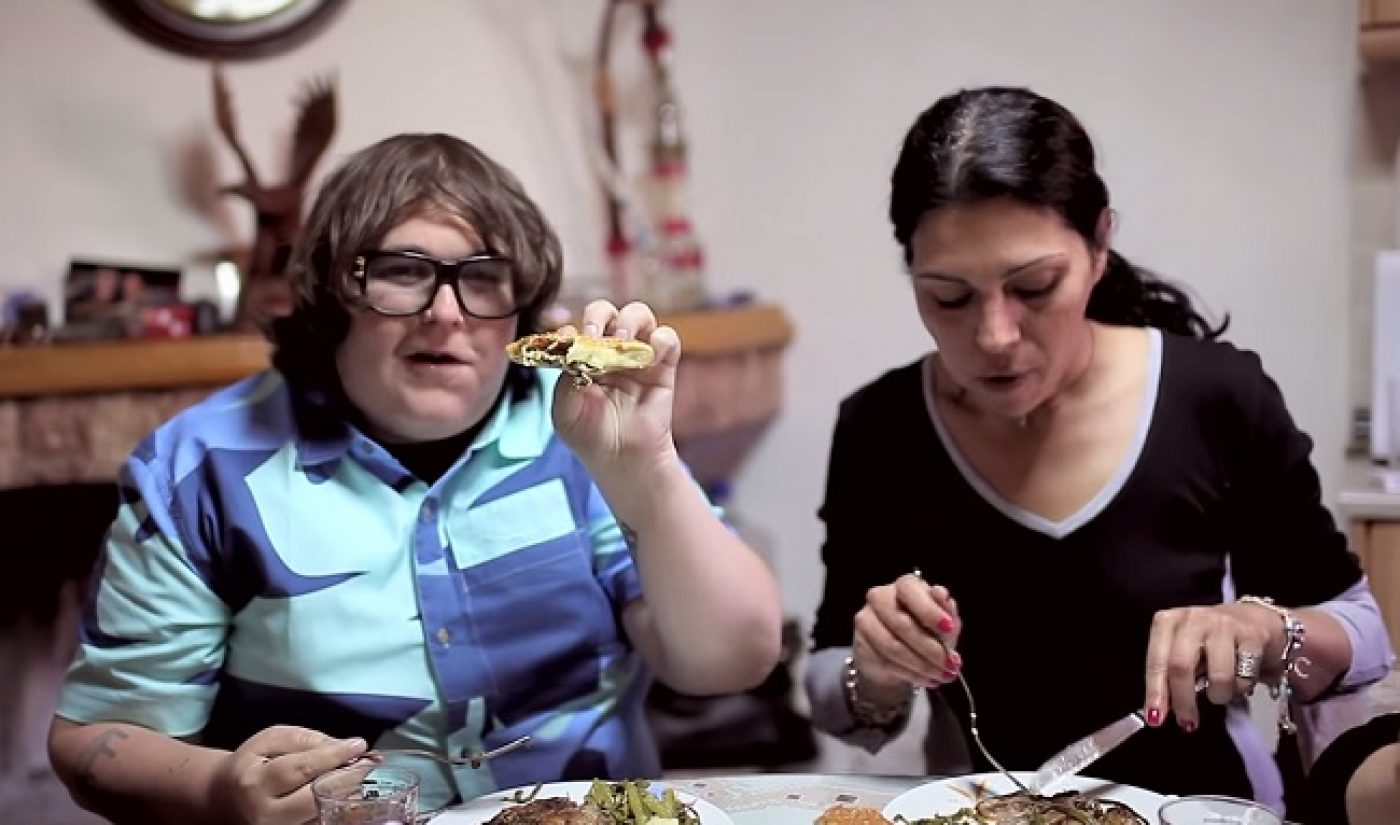 Endemol Beyond USA and Andy Milonakis have a released an original series that promises to be the only show on any medium that combines the 38-year-old comedian and a global voyage around the world focused on food. The aptly titled Andy’s Hungry Voyage just dropped its first episode on January, 23, 2015, and in it Milonakis travels to Crete, Greece to try the local cuisine.

Milonakis returns to Papadiana on the island of Crete, which was his childhood vacation spot and the location where his father was born. Milonakis spends most of the episode showing off family photos and introducing his relatives, but there is, of course, some tasty food included, too. The digital star helps his family put together a traditional Grecian meal, complete with his favorite dish of kalitsounia.

Milonakis signed an exclusive digital and TV content deal with Endemol Beyond USA back in November 2014. Under the pact, Milonakis and Endemol started production on Andy’s Hungry Voyage, heading first to Tokyo, Japan (we’re sure that episode will be released soon) and then a number of other international locales. Also under the pact, Milonakis and the multi-platform entertainment company are planning to revive MTV’s The Andy Milonakis Show as an updated, digital version, potentially titled Andy Milonakis 2.0.

You can watch the first episode of Andy’s Hungry Voyage (and presumably his other upcoming online video offerings, too) on Milonakis’ YouTube channel.