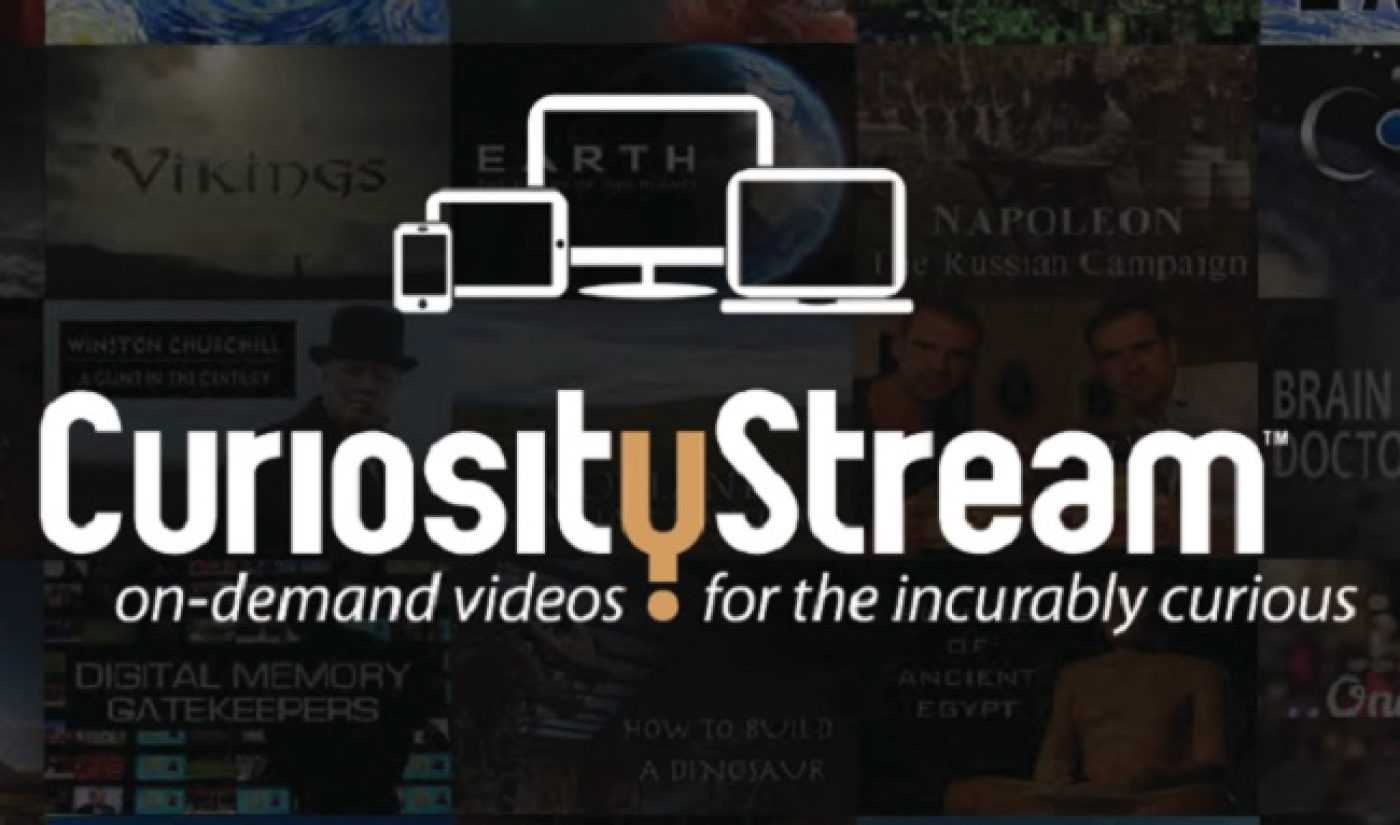 The ad-free CuriosityStream service will feature both long- and short-form content aimed at audiences who want to learn more about the world around them, not necessarily sit down for fictional entertainment. The SVOD service will cover topics like science, technology, and civilization, and content will come from such global, non-fiction media giants like the UK’s BBC Worldwide, France’s ZED, and Japan’s NHK.

“CuriosityStream is the world’s first ad-free, SVOD service that addresses our lifelong quest to learn, explore, and understand,” said Hendricks in the release. “For consumers, our aim is to provide the first and best on-demand video streaming destination that aggregates and curates the world’s best factual content.”

Hendricks told StreamDaily that while companies like Netflix paved the way for Curiosity’s upcoming streaming service, those services mostly focus on fictional programming. “What I’ve learned is about 25% of the marketplace also looks for television to help them understand the world, whether it’s current events or understanding how the Panama Canal was built, or the science behind cancer,” he explained. “That’s the 25% we’re programming for. And 25% of any market is a huge market.”

CuriosityStream is already working hard to make content that 25% of the market will enjoy. The Curiosity Project programming team, led by Emmy-winning documentary producer Steve Burns, has commissioned several original series and shorts for the company’s new service. And according to StreamDaily, Discovery isn’t holding back on the financing; Hendricks said the channel is planning to provide $750,000 per episode for CuriosityStream’s long-form series.

One of these original commissioned projects includes a 20-part 4K series called Big Picture Earth, a program all about the world’s visual wonders for subscribers with 4K-capable TVs. Deep Time History is another series for CuriosityStream which will delve into the most memorable people and events in history. The service will also host the computer, artificial intelligence, and internet-focused show Digits. Finally, CuriosityStream will boast short-form series like a Deepak Chopra-hosted interview segment and programming centered around NASA’s New Horizons Pluto space mission.

“We have combed the planet for content that truly enchants as well as informs audiences,” explained Elizabeth Hendricks North, President of Curiosity Project LLC. “From exploring the science of consciousness to understanding the linguistic legacy of Shakespeare, the entire staff at Curiosity Project has been eager to watch the videos produced in-house and acquired abroad. We believe CuriosityStream will be a deeply empowering service for the ‘incurably curious’ viewers like us across the globe.”

Overall, CuriosityStream will have 800 titles in its catalog at launch on March 18. Users can choose between four different streaming resolutions and their respective pricing. Standard quality is $2.99 a month, 720p HD will be $3.99, 1080p HD will run $5.99, and 4K resolution will cost $9.99 per month. If you’re inclined to be inquisitive, you can visit the CuriosityStream website before launch to preview the video selection and sign up early.