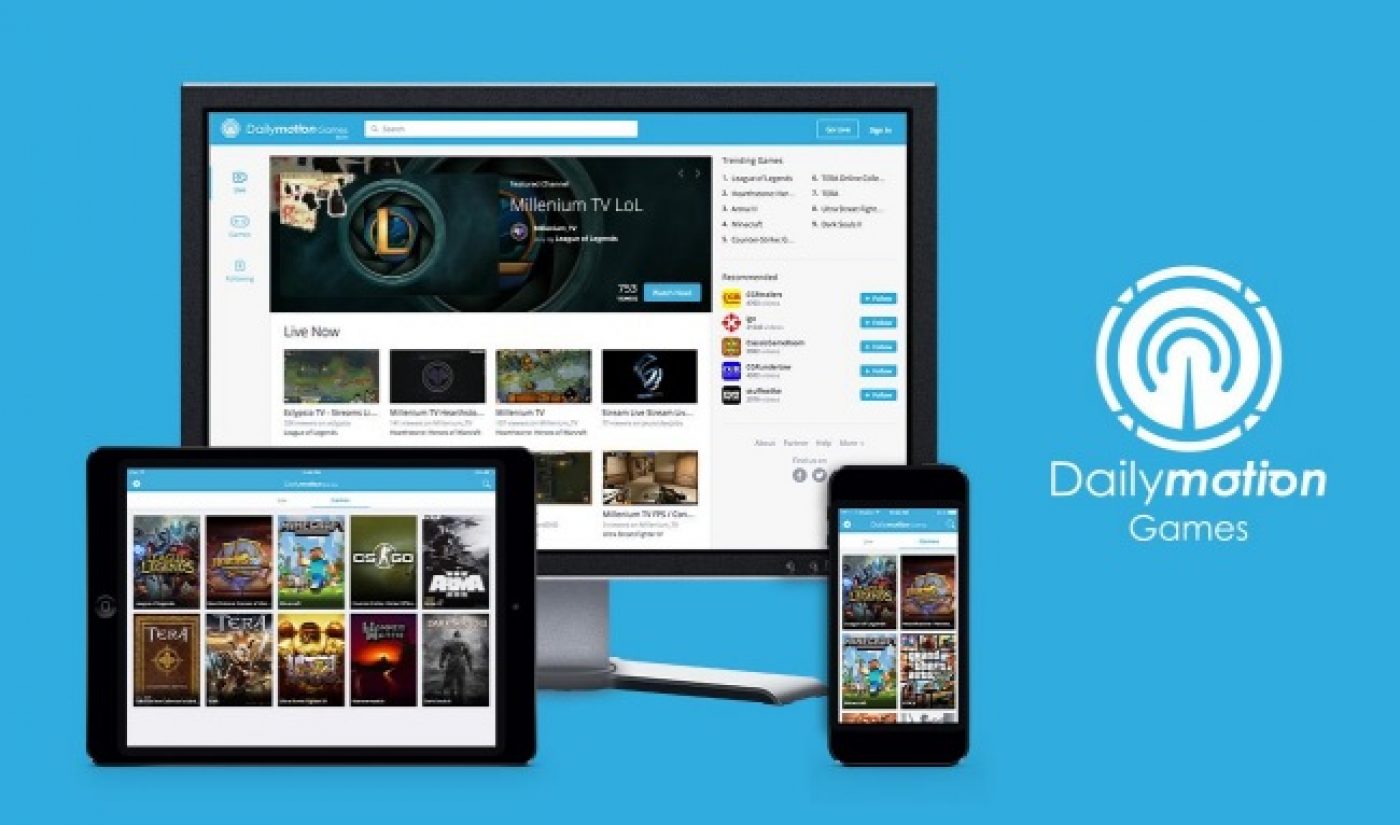 Dailymotion is expanding into new territory beyond the confines of a popular video sharing site (both inside and out of its native France) with a slate of original programming. The international online video destination just launched Dailymotion Games, a live streaming platform aimed at eSports and gaming enthusiasts.

Dailymotion Games gives users the ability to launch live-streamed gaming broadcasts and manage those broadcasts through the platform’s control panel. Live streamers will also be able to monetize their respective gaming or eSports competition streams with user-controlled video advertisements. Similar to other platforms in the live streaming and eSports space, Dailymotion Games visitors can view the live streams and participate through an integrated chat feature, as well.

“Since 2011, with the first Dailymotion Cup on Starcraft, Dailymotion has accompanied eSport growth on the Internet,” said Martin Rogard, Dailymotion’s Chief Operating Officer, in the release. “Dailymotion Games is entirely dedicated to eSports fans and streamers who come together every evening to form an amazingly talented and gregarious community. Over the coming months, we will significantly increase our investment in the eSport domain to ensure worldwide recognition of all our talented content producers.”

Dailymotion Games helps the online video site leverage and further grow its expansive gaming community. A company rep claims the online video site currently sees over 180 million monthly video views from over 11 million monthly unique visitors on gaming-themed content alone (which is about double the amount of views YouTube’s top gamer PewDiePie sees in any given week, but still isn’t too shabby a figure). Dailymotion has also partnered with gaming and eSports-related companies like joinDOTA, IGN, and GameSpot, alliances which should come in very handy as the Games platform seeks to find its footing online.

Dailymotion’s new initiative joins a few other established and burgeoning streaming sites which already exist to offer gamers a live broadcasting solution. Twitch (which currently boasts more than 55 million unique visitors per month) and MLG.tv (which currently boasts more than eight million registered users) have always been some of the first picks when gamers look for live streaming options. More recently, the digital game store Steam (owned by video game developer Valve) debuted its own live streaming feature for its users.

Gamers who want to use Dailymotion Games can access the platform via games.dailymotion.com. Alternatively, users can download and start streaming via the Games app for their smartphones and tablets (both iOS and Android), as well as PlayStation 4 consoles.