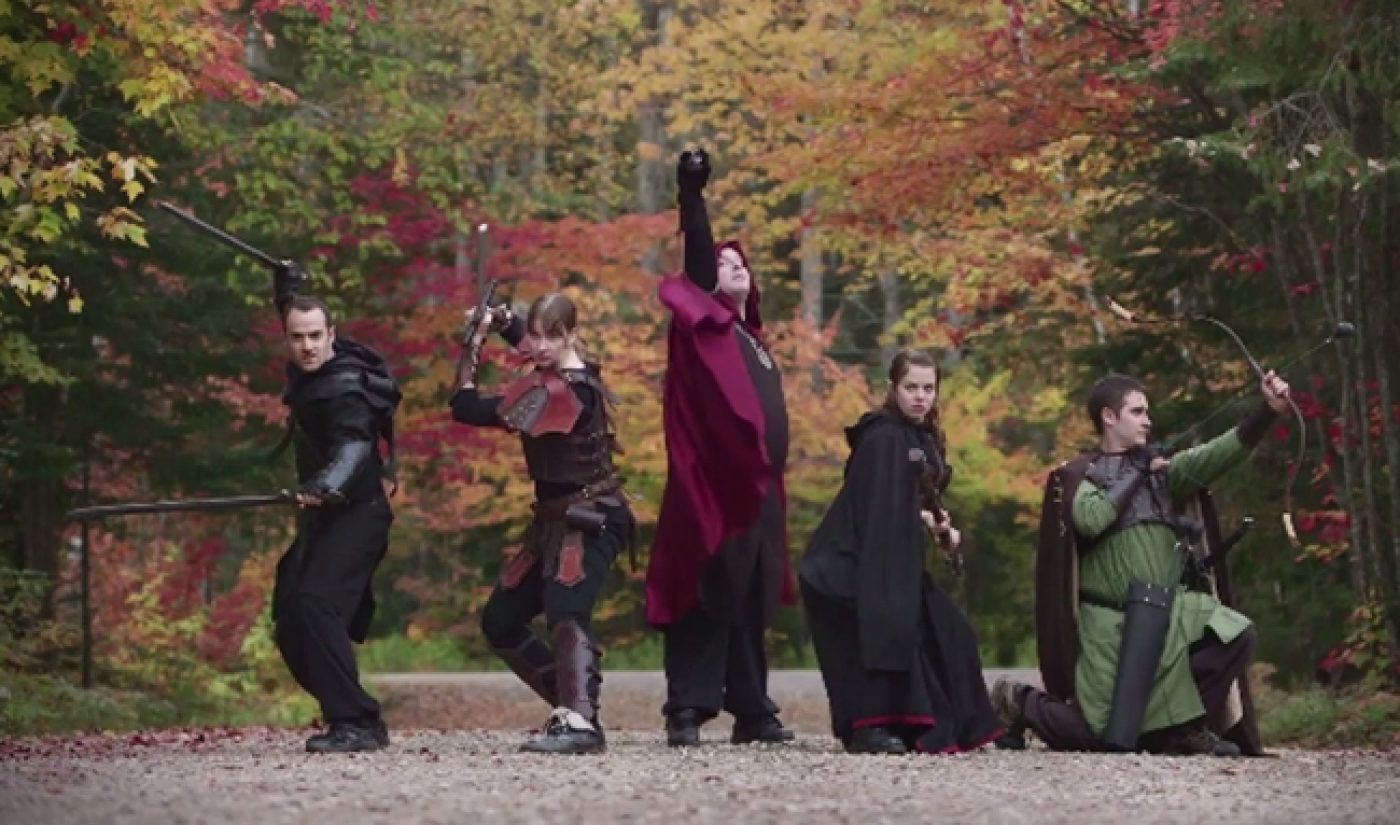 Geek & Sundry is going into battle with a group of wisecracking role players. The production company and YouTube channel founded by Felicia Day and owned by Legendary will distribute LARPs, a web series about a quintet of live-action role players (LARPers).

This will not be LARPs‘ first run on the web; the series, directed by Julian Stamboulieh and produced by Beanduck Productions, first debuted in mid-2014, when it landed, among other places, in our Indie Spotlight. In that article, I noted LARPs‘ similarity to a pair of Geek & Sundry releases. It has many aspects in common with Day’s web series The Guild, which also examined the interpersonal relationships among a group of nerdy friends. LARPs also shares some commonalities with Unplugged; both series examine LARPing in a manner that is fun for fans and accessible for  viewers who are unfamiliar with the subject. Given these similarities, it’s easy to see why Geek & Sundry is interested in showing LARPs to its 1.1 million subscribers.

On January 16th, Geek & Sundry will do just that. In advance of that date, the LARPs channel has been stripped bare. A short trailer released by Geek & Sundry provides a quick overview of the series:

It is often quite hard for independent web series creators to get noticed, which is why it is so exciting to see Geek & Sundry take notice of LARPs. I hope this is to see the channel take a chance on more indie series; there are certainly plenty of options out there that match the Geek & Sundry voice.