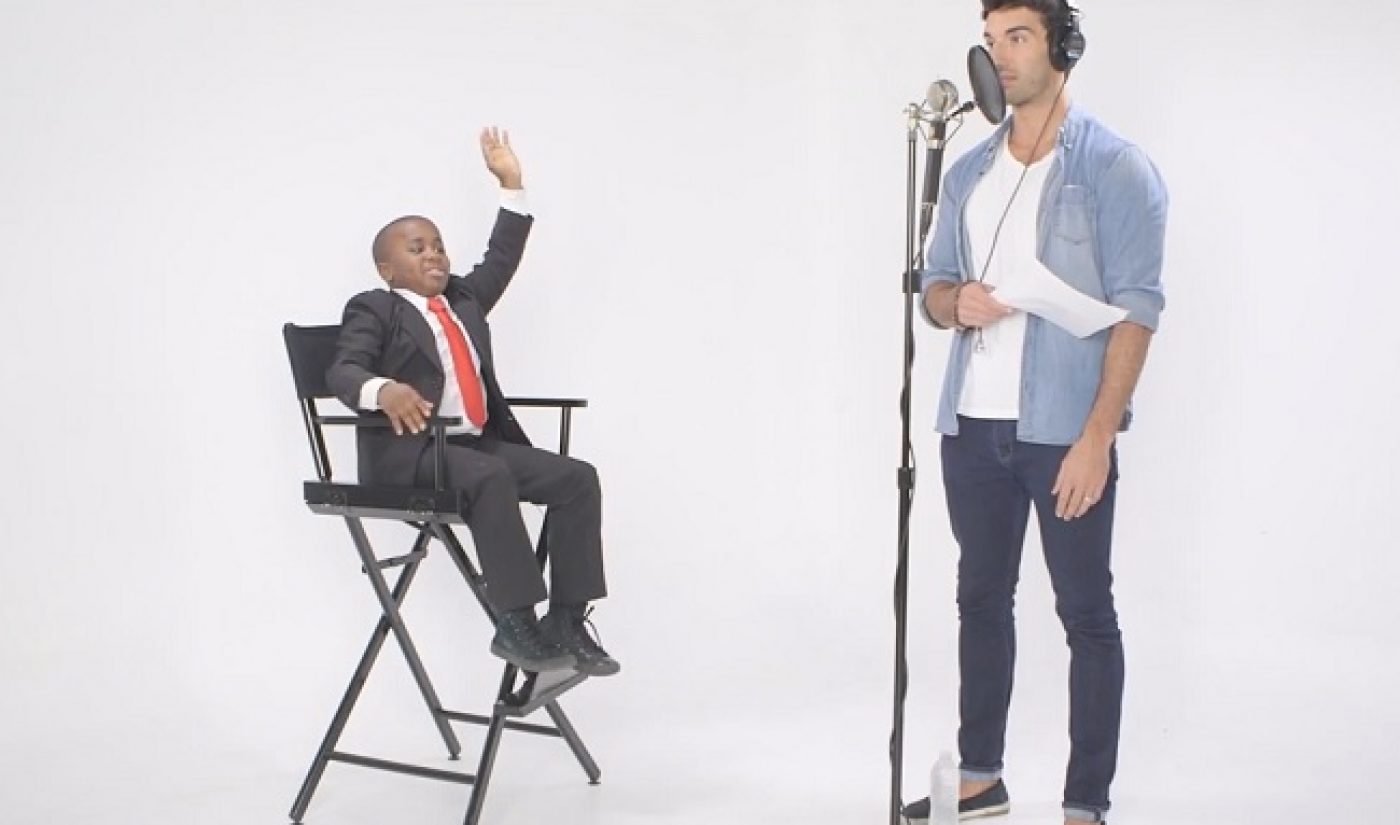 Kid President is planning to make the world a more dance-worthy, awesome place through a medium outside of his normal SoulPancake YouTube videos and his HUB Network TV show. The 10-year-old digital star (whose real-life name is Robby Novak) just released a book trailer for his upcoming print publication Kid President’s Guide to Being Awesome.

In the spot, Kid President has a voice-over artist (played by actor Justin Baldoni) read several, over-the-top promotional clips for the new title. Each reading gets progressively more “awesome,” according to the very young commander-in-chief, though the voice-over artist isn’t so sure. One of the promotional lines claims “people all over the world can stop writing books because nothing will ever match the brilliance of the new book by Kid President.”

Back in July 2014, Kid President made a video announcement about his upcoming book, which is set for release on February 3, 2015, by HarperCollins Children’s Books. The 240-page, full-color publication was written for all ages (despite the imprint) and features pep talks similar to the kind which made the youngster famous, inspirational stories of kids changing the world, and interviews from public figures like Michelle Obama and Nelson Mandela’s grandson. Kid President said writing his book was “as cool as pizza… no, wait… dancing.”

“Kid President is all about getting kids and grown­ups to work together to make the world more awesome,” said actor Rainn Wilson, creator of YouTube channel and media company SoulPancake, in the release. “We believe this book will take people on a joyful adventure by offering tons of creative, hilarious ideas and inspiration for awesomeness. Plus, it will help our secret agenda to start corndog parties in bookstores and libraries.”

Brad Montague, Novak’s brother-in-law and co-creator of the Kid President persona, added, “My favorite thing about what has happened with ‘Kid President’ is that we’ve gotten to meet and learn from thousands of people who care about making the world a little more awesome. For me, this book will be a success if people not only read it, but live it out.”

Kid President is just one of many YouTubers who’ve extended their branding to the book market within the last year or so. Grace Helbig published her own 240-age guide to life in October 2014 (the star now also has a talk show set for release on E! in April 2015). Helbig’s real-life friend and fellow YouTuber Hannah Hart also released a book last year, as did beauty vlogger Michelle Phan, Pointless Blog’s Alfie Deyes, British YouTuber Zoella, and many others.

You can pre-order the hardcover version of Kid President’s book for $15.57 via soulpancake.com/kpbook, Amazon, or Barnes & Noble.