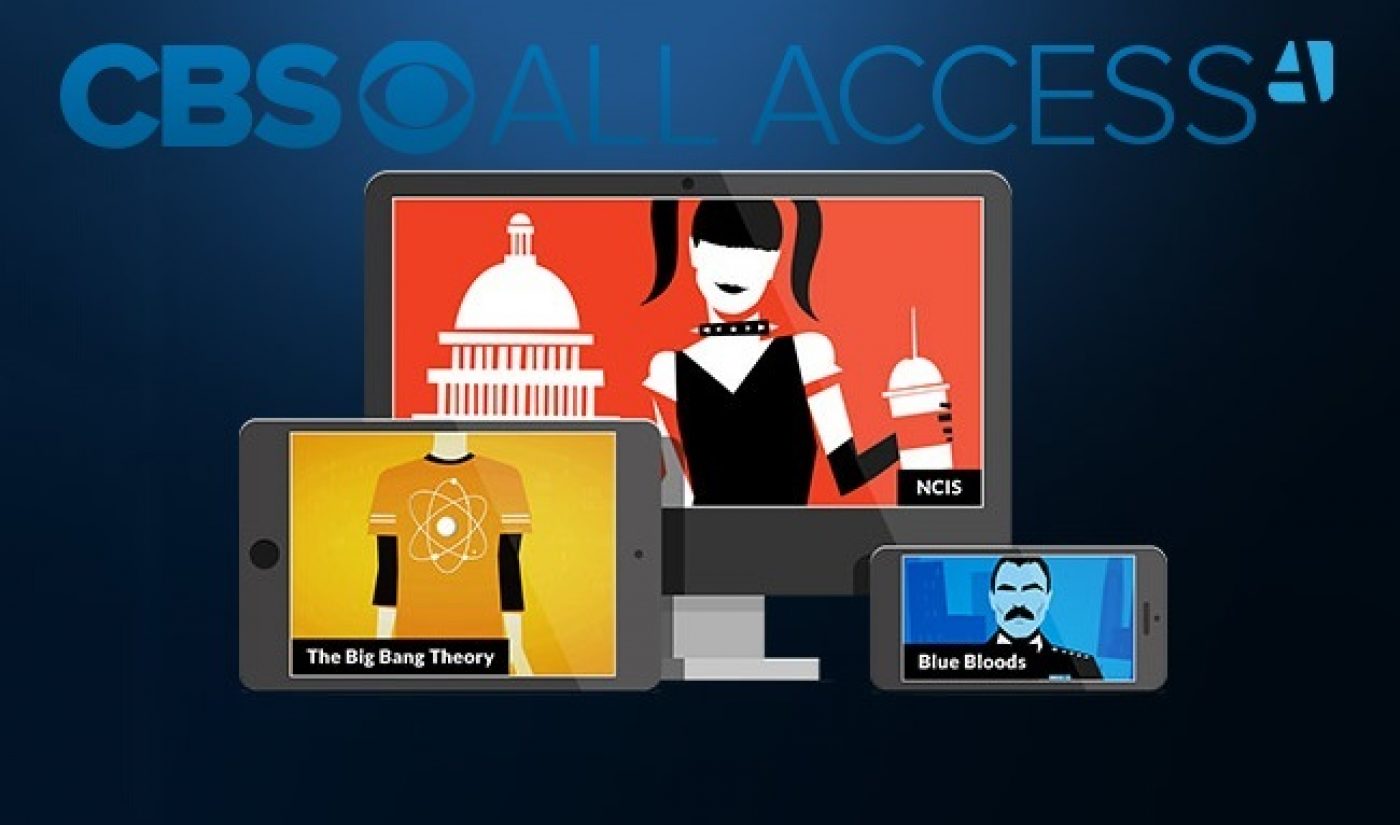 CBS introduced its over-the-top subscription service called All-Access in October 2014. Now, the initiative appears to be a success in terms of at least one viewership metric. President and CEO of CBS Interactive Jim Lanzone revealed All-Access subscribers watch twice as much of the network’s content as those who just consume CBS programming on traditional TV.

Lanzone discussed the current state of CBS’s All-Access service at the Variety Entertainment Summit at CES 2015 on January 7, 2015. While he didn’t reveal the exact subscriber count for All-Access, the CBS executive said the network’s “super-fan theory completely proved true.” “People wanted more from us — they wanted in more places and they wanted it sooner — and they were willing to pay for it,” Lanzone explained. “So we built it for that audience.”

He also noted that All-Access has become a window for the network to reach a whole new target market – the cord cutters who refuse to purchase cable or satellite subscriptions, but still wanted CBS’s shows and programming at their fingertips. Lanzone said the Eye Network otherwise “wouldn’t have had access to” those 10 million or so households which have broadband but no cable.

Additionally, Lanzone told Variety how CBS opted for launching the All-Access subscription program instead of investing in another media company (it had the opportunity with Hulu), or even snag a share of a YouTube-based multi-channel network. “It’s not clear what business models will really be successful,” he explained. “There are a lot of examples of CBS not jumping in with two feet until it’s clear what will work, what won’t work.” Essentially, Lanzone said All-Access was a safer bet on CBS’s part, in which it could set its own distribution terms and keep “100% of the revenue, not 25% of the revenue.”

All-Access boasts a library of over 6,500 CBS titles including next-day access to shows which air on traditional cable television. The service costs $5.99 a month.