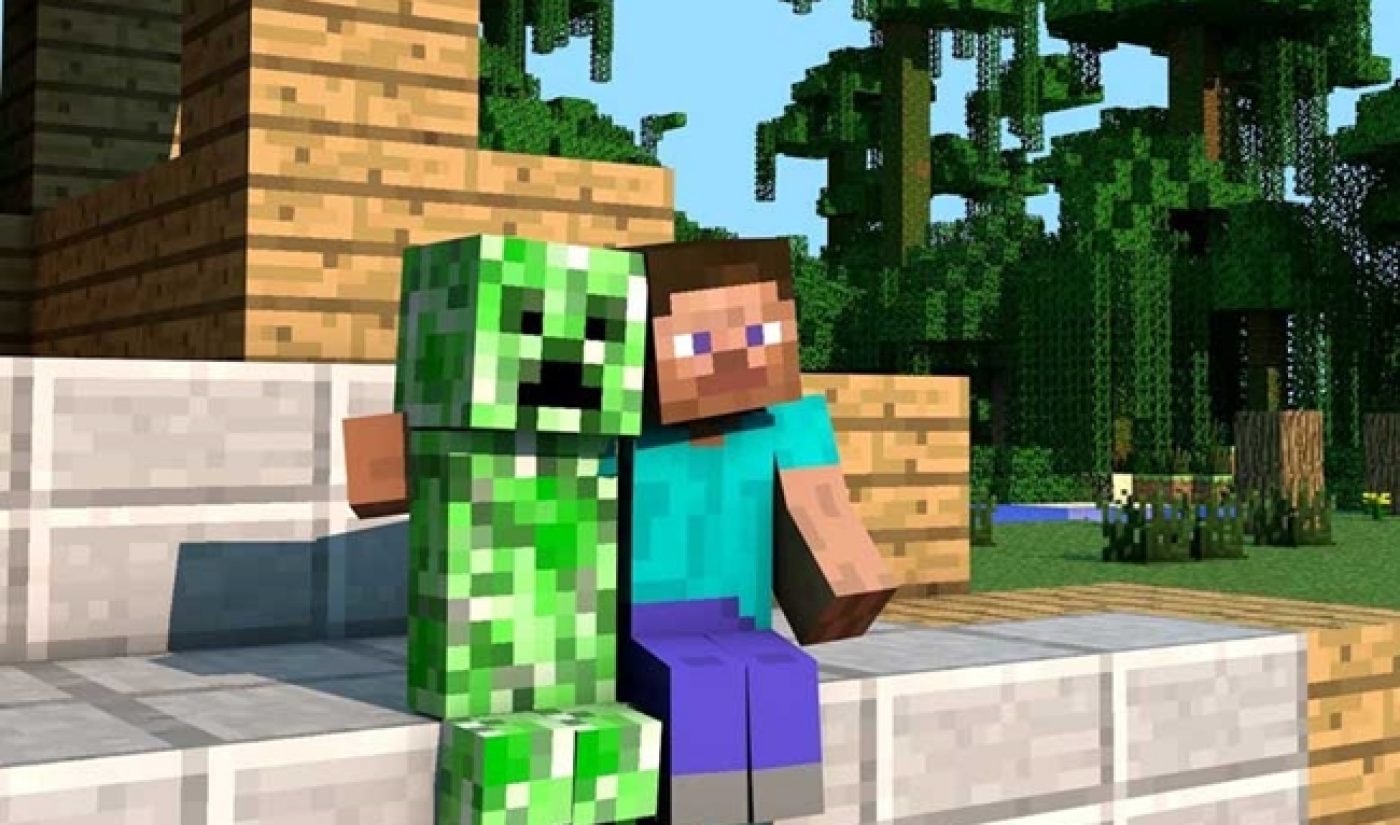 In December, Think With Google–the data analysis site run by Google–released a report about the popularity of gaming content on YouTube. The report cites a number of interesting findings, but I was particularly drawn to a chart from the Google Trends team that lists the ten most popular YouTube searches of 2014. The term “music” took the top spot, but the Think With Google report is more interest in the search term that came in second: “minecraft.”

Minecraft‘s online popularity is well-documented. The sandbox game has totaled more than 47 billion YouTube views to date, and it is still a hot topic on the video-sharing site. It scored an “80” in Google Trends’ index, which compares each term to the most popular item on the list and assigns a number from 1-100 based on how close that term is to the top. By comparison, the #3 term, “movies,” earned a score of just 45, with “frozen”–a hot 2014 topic in its own right–coming in 4th with a 35.

Another video game-related query, “pewdiepie,” also cracked the top ten. The Swedish YouTuber, who remains the most popular creator on the site, was the only non-musician with his own term in the top ten. Rounding out the list were “drake,” “beyonce,” “happy,” and “eminem.”

As the Think With Google report notes, these findings are particularly significant because gaming videos provide a rare combination. “It’s not just the volume of views that is impressive,” it reads. “It’s the level of engagement and time spent with gaming content that should make marketers do a double-take.”

There are plenty of other interesting insights in the report, and it will stay relevant through 2015 as young viewers continue to explore one of their greatest passions. “A generation (18–34-year-old millennials) has grown up on gaming. For them, having a gaming console was as ordinary as having a TV. They can probably still recall blowing into game cartridges and wondering if it made a difference.”  Close, but not quite accurate, Google. We knew it made a difference.