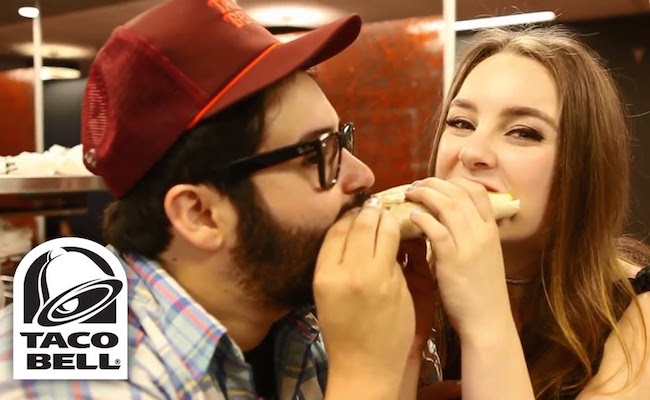 2014 was a big year for YouTube getting brands with household names to invest in the platform. The world’s largest video sharing site had an aggressive presence at the 2014 Digital Content NewFronts the launch of Google Preferred and initiated traditional television, print, and billboard campaigns to promote a handful of its biggest stars to consumers and marketers alike.

Investment in digital advertising continued its upward trend throughout the year, though some of those brands investing more heavily in YouTube did a better job than others. We’ve compiled a list to celebrate those brands which fully embraced the platform this past year – breaking ground, collaborating with creators in new and innovative ways and creating some of the most compelling content of the year. Here’s our list of Top 10 Savviest Brands on YouTube in 2014.

Red Bull continued to set the bar for brands on YouTube in 2014, completing the year as the single most subscribed brand channel, with nearly four million subs. Although, the brand didn’t have a breakout hit during the year like it did in 2013 with Red Bull Stratos, the channel grew extensively through its expanding library of episodic content and continuing popular programs like Sheckler Sessions and Who is JOB. Both shows helped the brand grow its channel as well as firmly establish its position as more than just an energy drink company – but a true media company.

Pepsi has established itself as the king of viral hits. Drafting off the massive success of Uncle Drew and Test Drive in 2013, the brand replicated their successes with sequels to each. Test Drive 2 generated over 17 million views and headlines around the world for pulling a prank on an unsuspecting automotive journalist who had questioned the authenticity of the original “Test Drive.” The brand also followed up with additional videos of Kyrie Irving, starring as the infamous ‘Uncle Drew’ with its Searching for the Big Man series. Combined, the two campaigns are juggernauts driving over 125.6 million views, and helping Pepsi outpace its biggest rival, amassing nearly twice as many subscribers on YouTube as Coca-Cola.

The world’s most versatile camera had a stellar year and like Red Bull, set the bar by which all other brands on YouTube are judged. This past year GoPro created some of the most shareable branded content, regularly cranking out hits such as Pelican Learns To Fly (4.4 mm views) and Epic Roof Jump (4.8 mm views). With the launch of the GoPro Hero4 all those videos just got a whole lot clearer.

Nike had the #1 and #2 most viewed ads of the year, generating over 175 million views between only those two uploads. According to YouTube, the Swoosh also had the most successful branded YouTube video in 2014, Winners Stay, which no doubt attributed to the additional 900,000 subscribers its channel gained during the year. Keeping a consistent program strategy has allowed Nike Football to continue to grow even after the World Cup and even overshadow the official world Cup sponsor, Adidas, in terms of YouTube subs and views.

Nintendo rebounded from its missteps of claiming revenue from creators in 2013, a decision which alienated nearly the entire YouTube gaming community. In May of this past year, however, Nintendo rolled out a first-of-its-kind-for-the-gaming-industry affiliate program. The program allows creators using Nintendo content to receive a cut of the ad revenue. In addition to its work with creators and creative implementation of YouTube’s Content ID, Nintendo showed a great deal of success with its own channel – growing by over 400,000 subscribers this past year alone.

In December of 2013 Turkish Airlines had one of the biggest viral hits of the year with the launch of Kobe vs. Messi: The Selfie Shootout, which pitted Kobe Bryant and Lionel Messi in an epic face-off for selfie supremacy across the globe. The airline continued to build on that momentum launching a sequel, Drogba vs. Messi which generated over 60 million views and embraced the YouTube community by providing 10 YouTubers the opportunity to travel to stunning secret locations around the world. The series featured YouTube stars Devin SuperTramp, Fun For Louis, Brodie Smith and more.

Of all the fashion brands, none has embraced YouTube as aggressively as Aeropostale. The American retailer of casual clothes and accessories partnered with Bethany Mota to release “The Bethany Mota Collection”- a series of clothing created in partnership between the brand and YouTube superstar. Seeing success with YouTubers prompted the brand to expand their partnerships and it now works with top Viners Nash Grier, Hayes Grier, Cameron Dallas, and Carter Reynolds.

Taco Bell has written the playbook on how to work with YouTube creators, from epic scavenger hunts to helping YouTubers support their favorite charities, the fast food brand has done it all. Perhaps most noteworthy was Taco Bell’s VidCon documentary that followed two YouTubers who are at different stages of their careers. Up-and-coming Sonia Eryka and the well known Bethany Mota were featured in the doc that was co-produced with feel-good YouTube network SoulPancake.

Similar to Aeropostale, L’oreal has been working with creators to create incredibly deep partnerships. The most notable of which is with Michelle Phan. The cosmetics and beauty company partnered with the prominent beauty vlogger to launch the latter’s very own Em Cosmetics. The success of Em, whose products were made available to consumers back in 2013, allowed the brand to expand internationally earlier this year. L’oreal built on that same success and has since expanded to work with the longtail of YouTube creators and lend support to the creator community at large.

Mountain Dew’s multi-video partnership with DevinSuperTramp has been among the most exciting YouTube partnerships to watch, garnering well over 10 million views with gems like Insane Zipline Sledding. Of course, Dew’s created some of its own buzzworthy content to reward its subscribers including a full length snowboarding video and the first ever oculus rift skateboarding video that allows you to virtually skate alongside pro skaters Paul Rodriguez, Sean Malto and the Dew skate team.