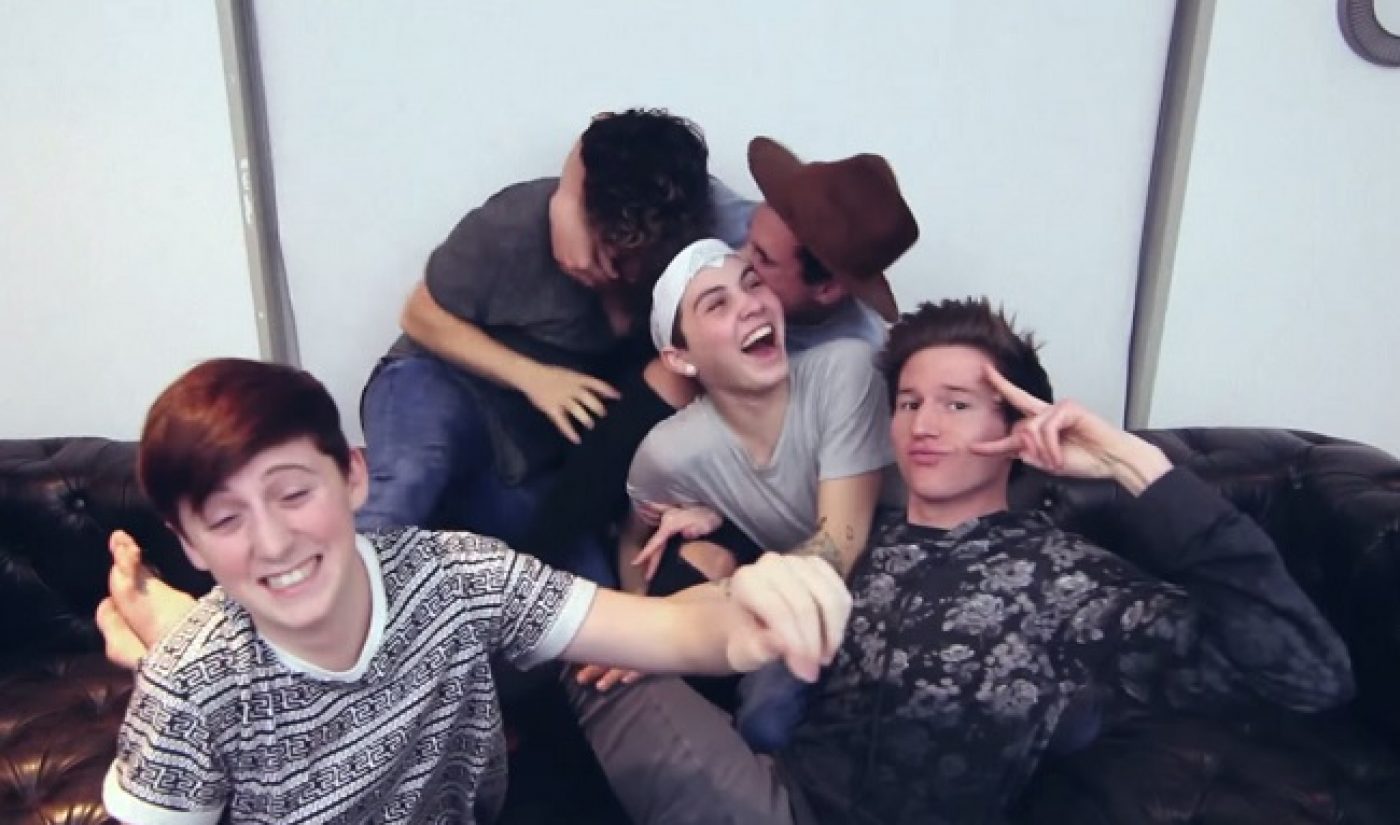 The remaining members of YouTube supergroup Our2ndLife (aka O2L to the kids these days) are going solo. The collection of talented young men who are liked and adored by the camera and millions of fans worldwide announced in a video on December 29, 2014 the group will be disbanding its five-year-old YouTube channel.

O2L current members Jc Caylen, Kian Lawley, Ricky Dillon, Trevor Moran, and Sam Pottorff sit down with viewers in a frank video where they explain the end of their collective moniker isn’t “goodbye,” just a goodbye “on this channel.” The guys discuss how they want to leave O2L and its 2.8+ million subscribers on a high note and explain how they each now have their own individual projects, which are demanding more of their attention. They thank their fans for being so supportive and end the video with a group tackle.

The supergroup’s decision may come as a huge disappointment to O2L fans, but it only makes sense as the members move on to new initiatives. O2L already lost one of its original members Connor Franta back in July 2014 (who’s since gone on to curate a music album and become one of the latest new media stars to come out on YouTube). The remaining members (all of whom currently list Fullscreen as their YouTube Multi-Channel Network of record) are also popular enough in their own rights they don’t necessarily need to rely on the group name to get them places. Lawley, for example, was recently the center of a Universal Pictures marketing stunt to promote the film Ouija, and Dillon co-starred alongside YouTuber Andrea Russett (aka GHETTOxFABxFOREVER) in a scripted series for Sour Patch Kids. Lawley is also starring in a feature film dubbed The Chosen, set to release sometime in 2015.

It’s uncertain what will happen to O2L as a brand, or how its disbanded channel will affect the documentary in the works about the group’s recent tour. But as Dillon said in the uploaded clip, “No matter what happens after this video, O2L will live on forever.”