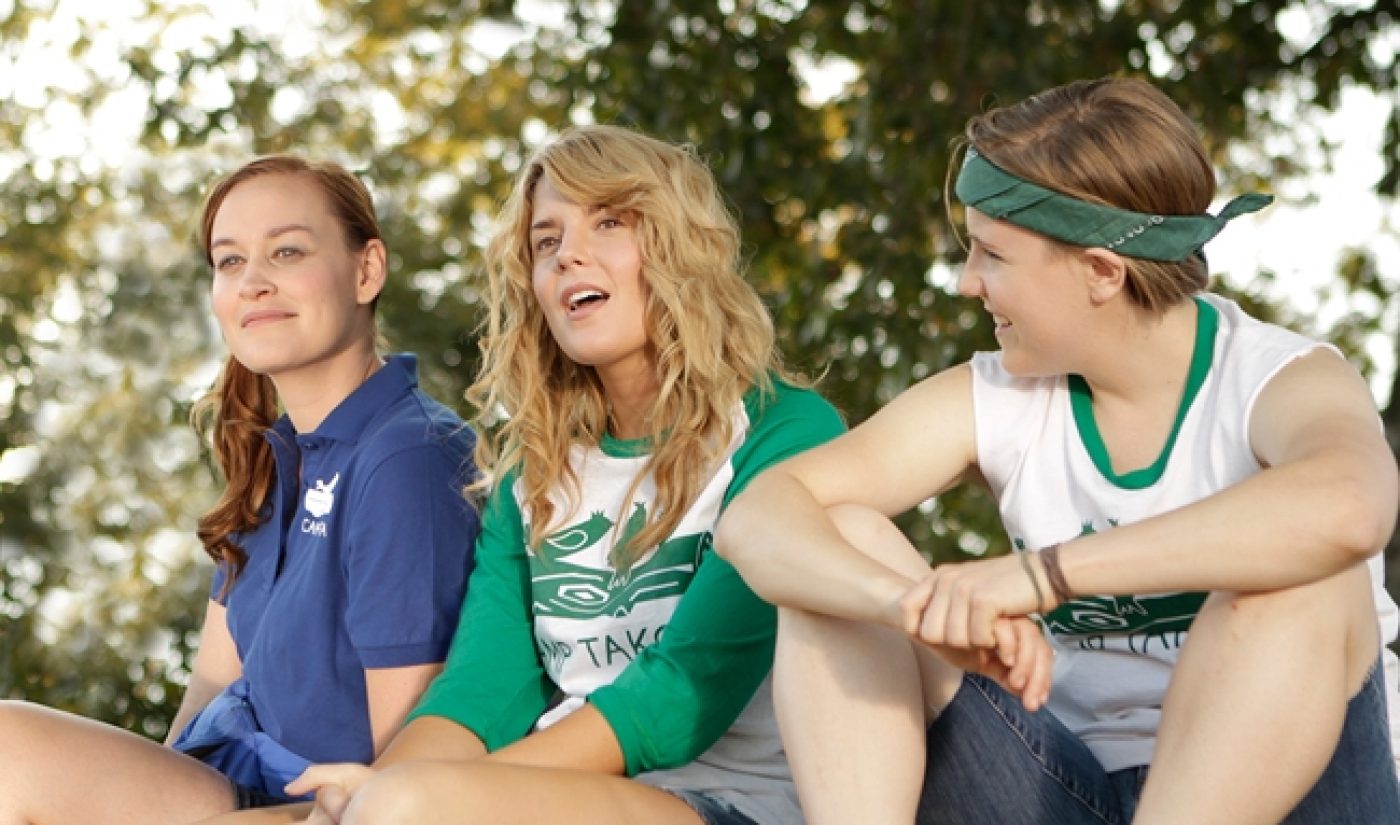 On December 4th, Fullscreen CEO George Strompolos sat down with Peter Kafka at the Code/Media conference in San Francisco. Among other topics, Strompolos discussed the success of Camp Takota, the straight-to-download feature film starring YouTubers Grace Helbig, Hannah Hart, and Mamrie Hart. He stated that, when the film arrived on platforms like iTunes and VHX, “hundreds of thousands of people bought it.”

Strompolos didn’t give an exact sales figure, but a ballpark guess suggests big-time revenue for Camp Takota. The most basic version of the film cost $9.99, so even if we assume the most conservative estimate for Strompolos’ “hundreds of thousands” line, it would put Camp Takota‘s total gross at seven figures. Strompolos didn’t say exactly how much of a profit the film turned, though he noted that “Hollywood would love to have the returns that they had.”

Camp Takota‘s success is very relevant for Fullscreen. Strompolos called Helbig “one of the big stars of Fullscreen,” and he recently hired Michael Goldfine, the film’s executive producer, as Fullscreen’s Chief Content Officer. Projects similar to the film could be prominently featured on the off-YouTube, subscription-based site Fullscreen is believed to be building.

Strompolos shared Camp Takota‘s story in order to prove a point about YouTube fans and the degrees to which they are willing to go to show love for their favorite creators.”You can’t underestimate the passion that these fans have for their creators,” he said. “These are their biggest stars. If those stars get the chance to do something greater, the fans support them in that.”

We already knew that Camp Takota was a big hit, but this is the first time we’ve seen anyone quantify the film’s impact with numbers. If you missed Camp Takota the first time around, you can check it out on Netflix, where it recently became available on-demand.