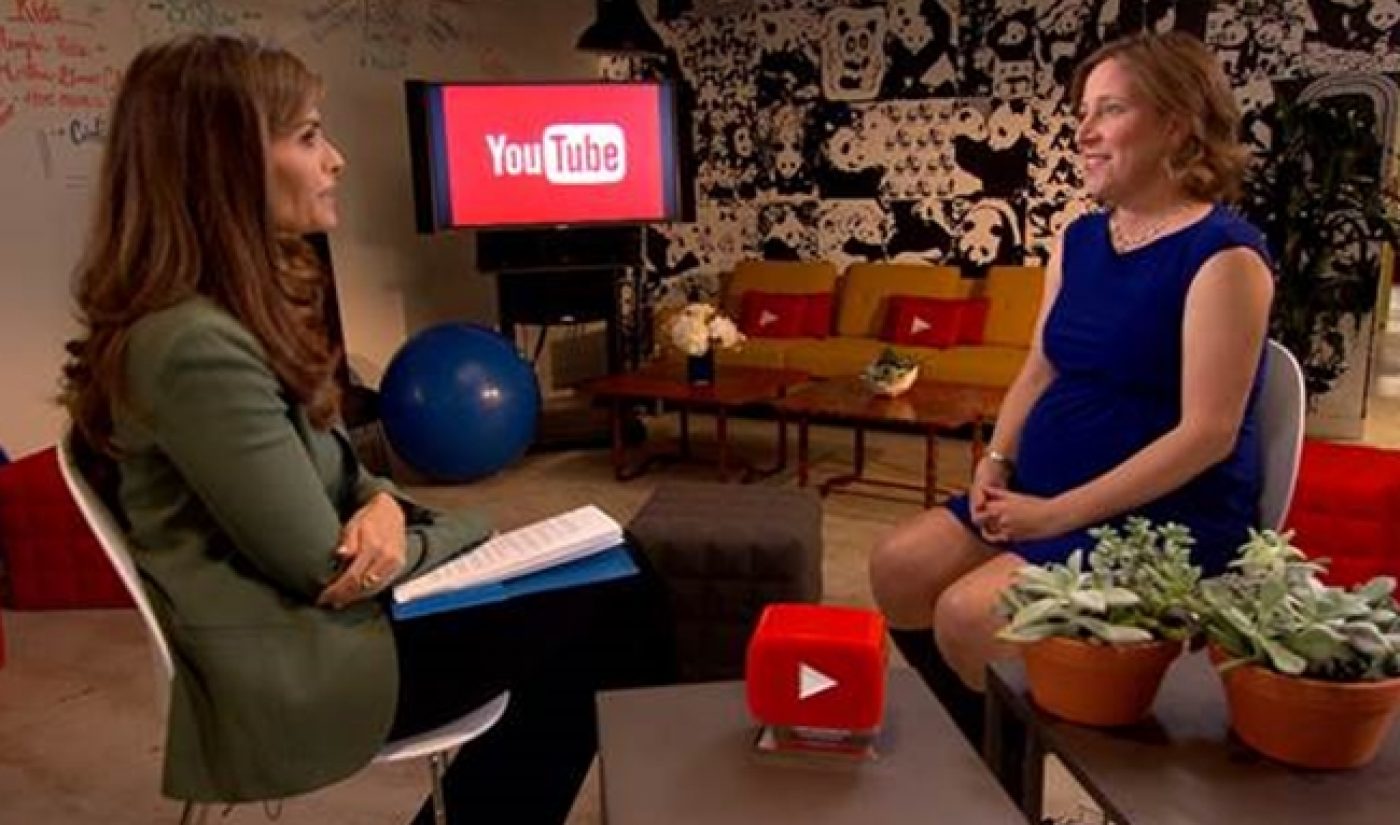 Since taking over as YouTube CEO in February 2014, Susan Wojcicki has been much more visible than her predecessor, Salar Kamangar. Wojcicki’s latest TV appearance came on Today, where she sat down with Maria Shriver to discuss the ways she balances her work with her second job as a mother of four.

The topic of Wojcicki’s motherhood is particularly relevant right now, since she is eight months pregnant with her fifth child. During her discussion with Shriver, she discussed the importance of properly addressing her family life before returning to work. “I think it’s really important to take time off,” she said, “and I’ve also found that sometimes you get really good insights by taking time off, too.”

As Shriver explains, striking the proper balance can be tricky. She noted previous controversy surrounding Yahoo CEO Marissa Mayer, who took just two weeks off after the birth of her child.

Beyond her work/life balance, Wojcicki also discussed her history at Google, her efforts to bring more women into tech, and more:

Visit NBCNews.com for breaking news, world news, and news about the economy

Additional insights from Wojcicki’s Today interview can be found on the morning news program’s website.