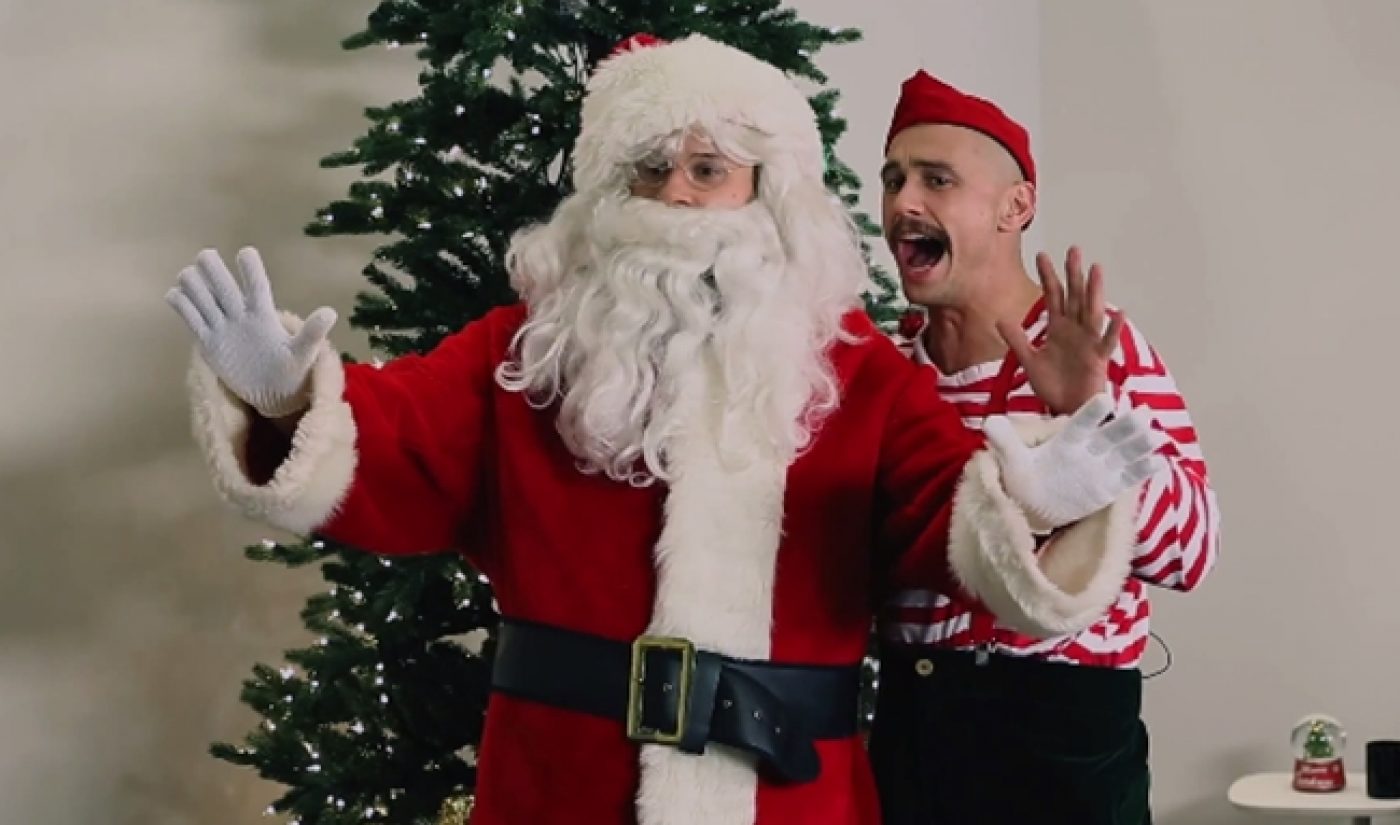 James Franco and Seth Rogen‘s tour of YouTube has brought them to the channel of “Superwoman” Lilly Singh. The two comic actors, who have made a number of guest appearances to support their upcoming film The Interview, teamed up with the Canadian YouTuber for a nine-minute sketch set during Christmas.

The video is titled “How My Mother Stole Christmas,” and it stars Rogen and Franco as Santa Claus and an elf, respectively. When they go to place gifts under a tree, a woman (played by Singh) interrupts them. The commotion awakens the woman’s daughter (also played by Singh) and her husband (played by–you guessed it–Singh), at which point an ill-timed kiss takes the situation toward an awkward conclusion. In the end, Christmas is ruined, but Santa at least gets to warn other holiday characters (such as the Easter Bunny and a leprechaun) about the experience.

The video is the second in a series Singh is calling #12CollabsOfXmas. Three days prior to her collaboration with Rogen and Franco, she teamed up with 23 other creators at YouTube Space LA for a video that explains what would happen “If YouTube Were Bollywood.”

Before teaming with Superwoman (who has 4.4 million subscribers and more than 486 million views on her YouTube channel), Franco and Rogen also took their comedic chops to several other prominent YouTube channels. The played as themselves in The Fine Bros’ Freaks and Geeks game and replaced Harley Morenstein as guest Sauce Bosses on Epic Meal Time. With this YouTube tour, Franco and Rogen hope to put butts in the seats when The Interview hits theaters on December 25th.