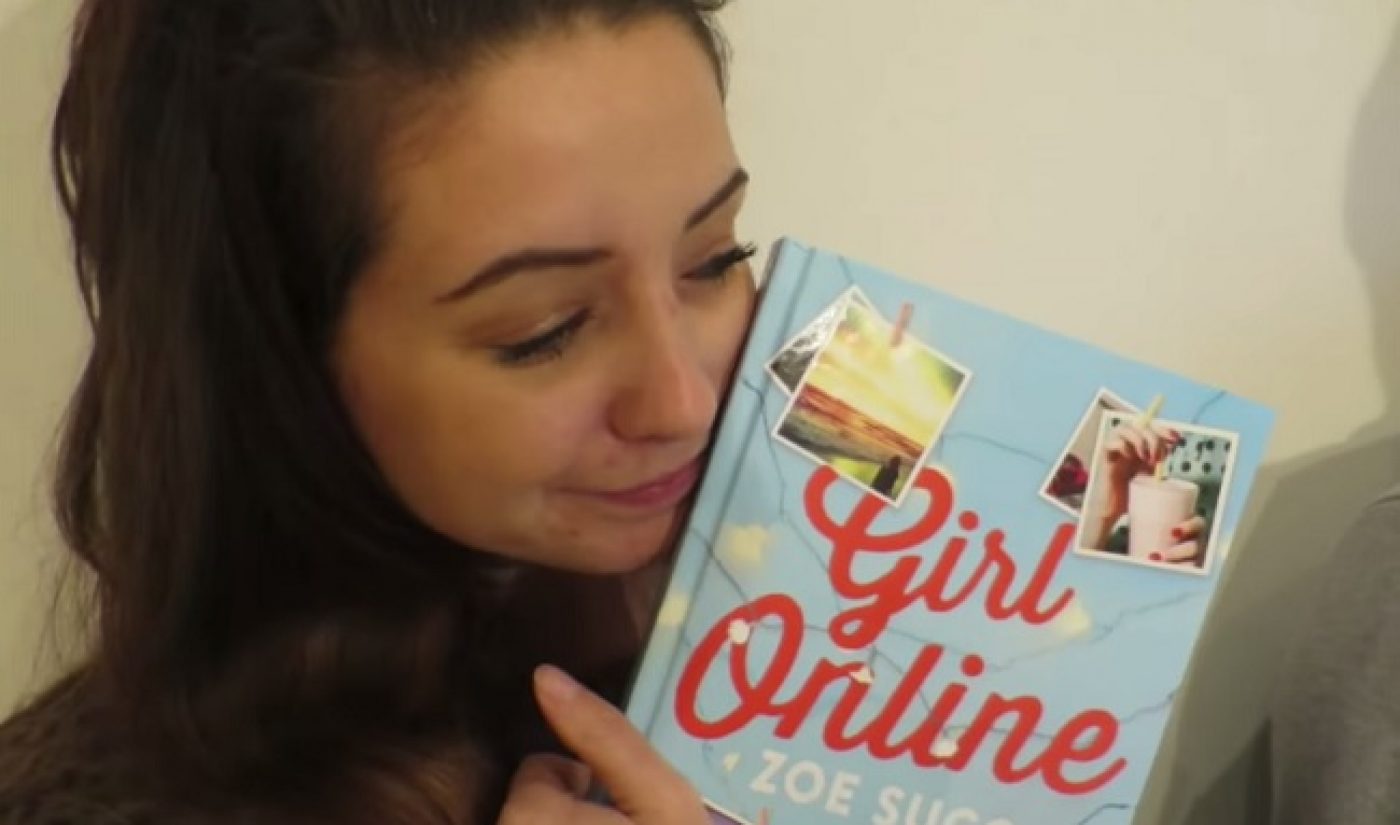 Fans of 24-year-old Zoe Sugg (known as Zoella to the online video masses) can now pick up their copies of her book. The beauty vlogger with over 6.5 million YouTube subscribers just launched Girl Online, which is already on the top of Amazon’s “hot new releases” chart.

Zoella appeared at Penguin’s Random House offices in London for a party celebrating her book’s release. She was joined by her boyfriend and YouTuber Alfie Deyes of Pointless Blog, fellow beauty vlogger Tanya Burr, TV chef Jamie Oliver, and more UK-based celebrities. Zoella shared an Instagram video of herself and Deyes from the evening:

Burr and Zoella also posed for a second shot:

Girl Online is currently #1 on Amazon’s Hot New Releases for Social & Family Issues in the teen and young adult category. And before it was even published, Girl Online made it into Amazon’s top 100 bestsellers. Adele Minchin, publicity director at Penguin Random House, has high hopes the book will continue to gain momentum, as she told The London Evening Standard on November 24, “We’re expecting number one this week.”

Girl Online follows the life of Penny, a blogger who writes about her family, friends, and anxiety issues. The book is the first publication to come out of Zoella’s two-book deal with Penguin announced earlier this year. Penguin sold the US and Canadian rights to Simon & Schuster’s Atria Publishing imprint, which will distribute Girl Online in those countries via Keywords Press, the publisher that focuses on releases from digital stars. Keywords Press also has deals with Shane Dawson, iJustine, and Connor Franta.

Zoella and Penguin haven’t announced the title or release date of her second book as of yet. However, if Zoella’s Girl Online becomes as popular as it is slated to be and her fans demand more, the vlogger could find herself undertaking the next book’s production very soon.