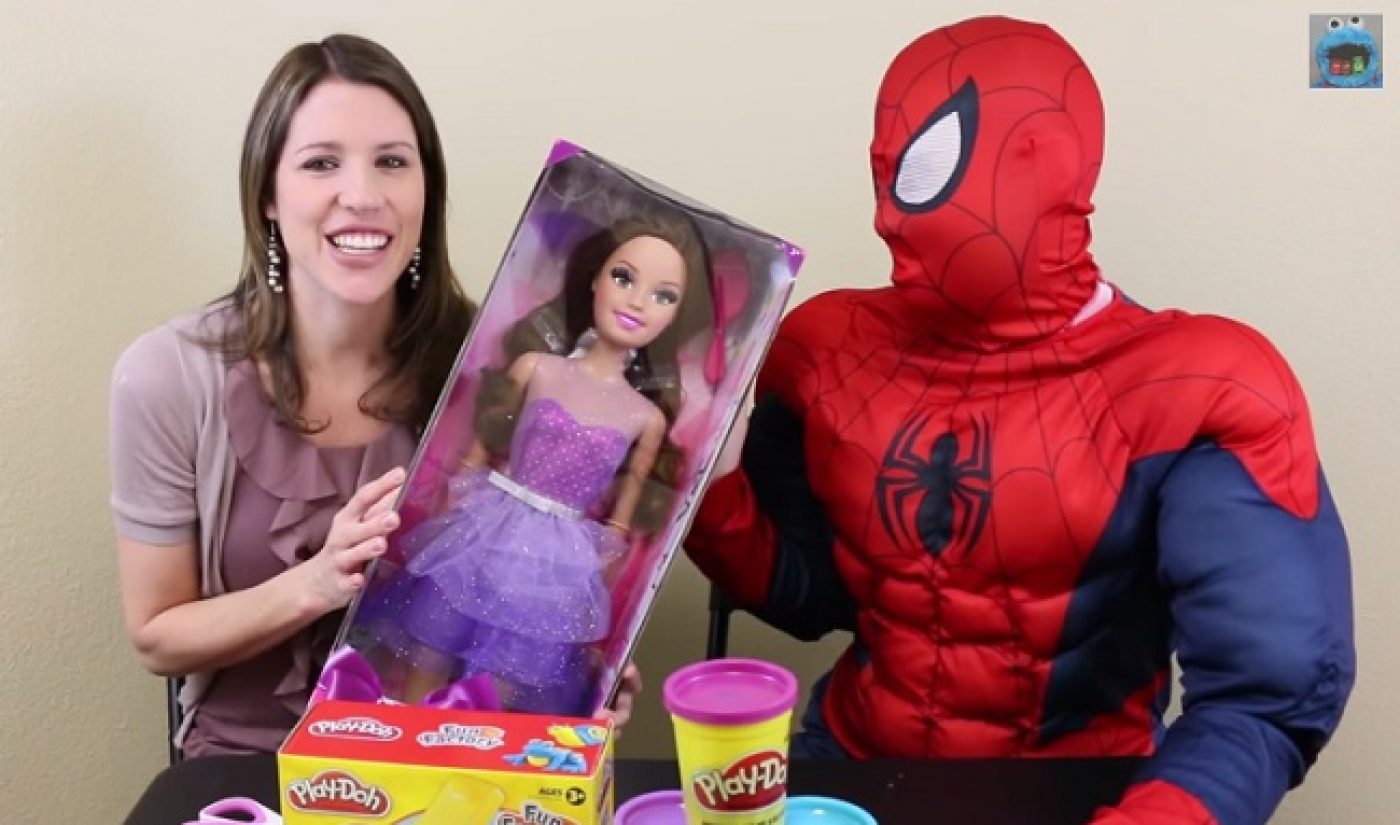 Maker Studios has just added some family-friendly entertainment to its roster of YouTube talent. The multi-channel network has picked up the toddler and family-oriented channels DisneyCarToys, HobbyKidsTV, TheEngineeringFamily, ToysReviewToys, and AllToyCollector.

The MCN will be in charge of optimizing these five channels’ content, arranging brand partnerships, and increasing their reach by syndicating their content across Maker’s platforms. According to the release, the new additions rank in the Top 40 Toy Channels across the globe and collectively garner over 300 million monthly views. And according to our Tubefilter Charts, at least one of Maker’s five new channels is in the Top 20 YouTube channels overall. DisneyCaryToys was the 18th most viewed YouTube channel in the world in September 2014.

While most of the channels cover toy unboxing and review videos, a few hold signature differences. For example, DisneyToyCars, with over 1 million subscribers, is known for making narrative stories from the perspective of toys from popular movies like Frozen (which basically makes the channel a kind of Toy Story for YouTube). The AllToyCollector channel (with over 280,000 subscribers) features toys for all ages of viewers, while TheEngineeringFamily (300,000 subsribers) tries to find toys the entire family can enjoy together.

“Our new toy channel partners are an exciting addition to our community of creators and we look forward to working with them ahead of the holiday season to offer video viewing families great information and entertainment that help guide and inform their holiday buying decisions,” said Chris M. Williams, Chief Audience Officer of Maker Studios, in the release.

The newly-signed creators are also incredibly happy to be joining the Maker brand. “We’ve always admired The Shaytards, the first family of YouTube, and their tremendous success as founding talent at Maker,” said Tennille and Ryan of HobbyKidsTV (which boasts over 270,000 subscribers). “We’re thrilled to be in the same club and are excited to work directly with Maker utilizing their expertise and resources to grow our channel and really rocket our brand to the next level.”

“Maker has really become an expert in the family space on YouTube,” added Kevin of TheEngineeringFamily. “They have an amazing track record of working with talent that have all-age audiences, particularly in the toy space and we are excited to get started.”

In March of 2014, the Walt Disney Company acquired Maker Studios for at least $500 million (possibly even up to $950 million). Despite Maker’s five new toy channels’ inclusion of Disney products, the MCN pointed out how the YouTubers were not previously affiliated with Disney before their partnership with Maker. But the fact that the creators will now have greater access to Mickey Mouse’s powerhouse brand is an exciting aspect to all of them.

“Maker is providing us the opportunity to be a part of the Disney magic in ways we could not have imagined on our own,” explained Sandra of DisneyToyCars and its sister channel ToysReviewToys (over 200,000 subscribers). “As super fans of the Disney brand we couldn’t be more excited about this partnership.”

Maker’s partnership with these five creators stems from the fact that toy channels, according to Williams, are “one of the fastest-growing genres of family programming online” (which anyone who has followed the meteoric rise of DisneyCollectorBR already knows). Like toy manufacturers have realized, Maker understands how the online video masses are quickly turning to these toy reviewers’ videos when choosing which products to purchase.

The five toy channels join 55,000 other Maker creators. The MCN currently claims over 9 billion views a month across its entire network.