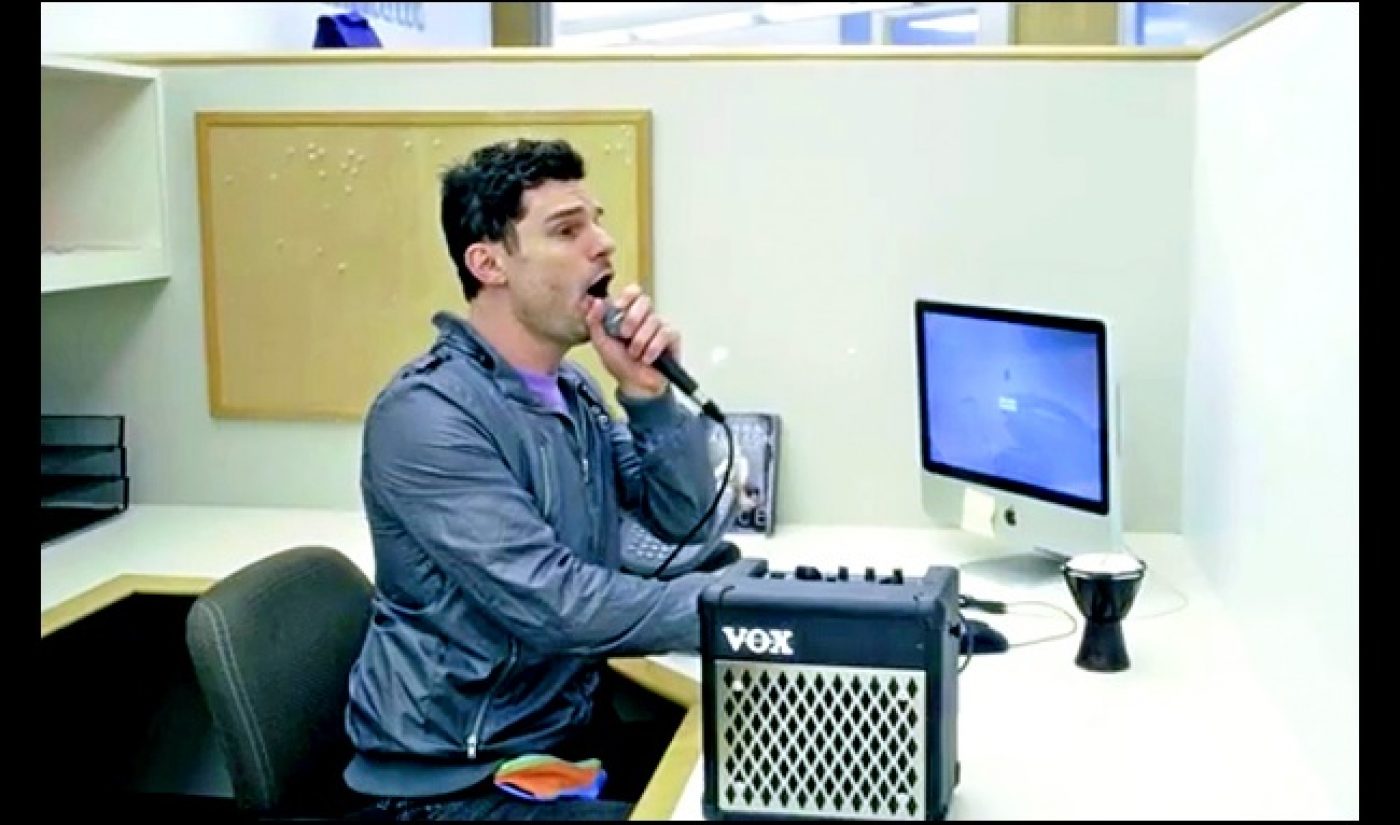 DJ Flula Borg is no stranger to silly antics and amazing beats. The YouTube star decided to bring both to Entertainment Weekly’s New York City office by performing his rendition of popular Christmas songs.

In EW’s video, Flula enters the office and sits down at a cubicle, stocked very sparingly with little more than a computer, a microphone, a mixing board, and a speaker. The German YouTuber then spreads some holiday cheer by “caroling” hip-hop versions of famous tunes such as “Frosty the Snowman” and “Rudolph the Red-Nosed Reindeer.” Needless to say, the EW staff looks on in bewilderment.

The accented and fanny pack-wearing musician showed up at the EW offices to honor its magazine’s latest cover, which highlights the three main Barden Bella actresses from the upcoming film Pitch Perfect 2. Flula announced he’d signed on for the film in May of 2014. More recently, online viewers caught a glimpse of him in the film’s trailer as the lead male vocalist for the Bella’s rival group at the World Championships of Acapella, Das Sound Machine.

Directed by Elizabeth Banks and produced by Universal Studios, Pitch Perfect 2 debuts on May 15, 2015. While you’re waiting to see Flula as part of Das Sound, you can watch him talk more Christmas as he rants about how creepy Santa Claus really is.