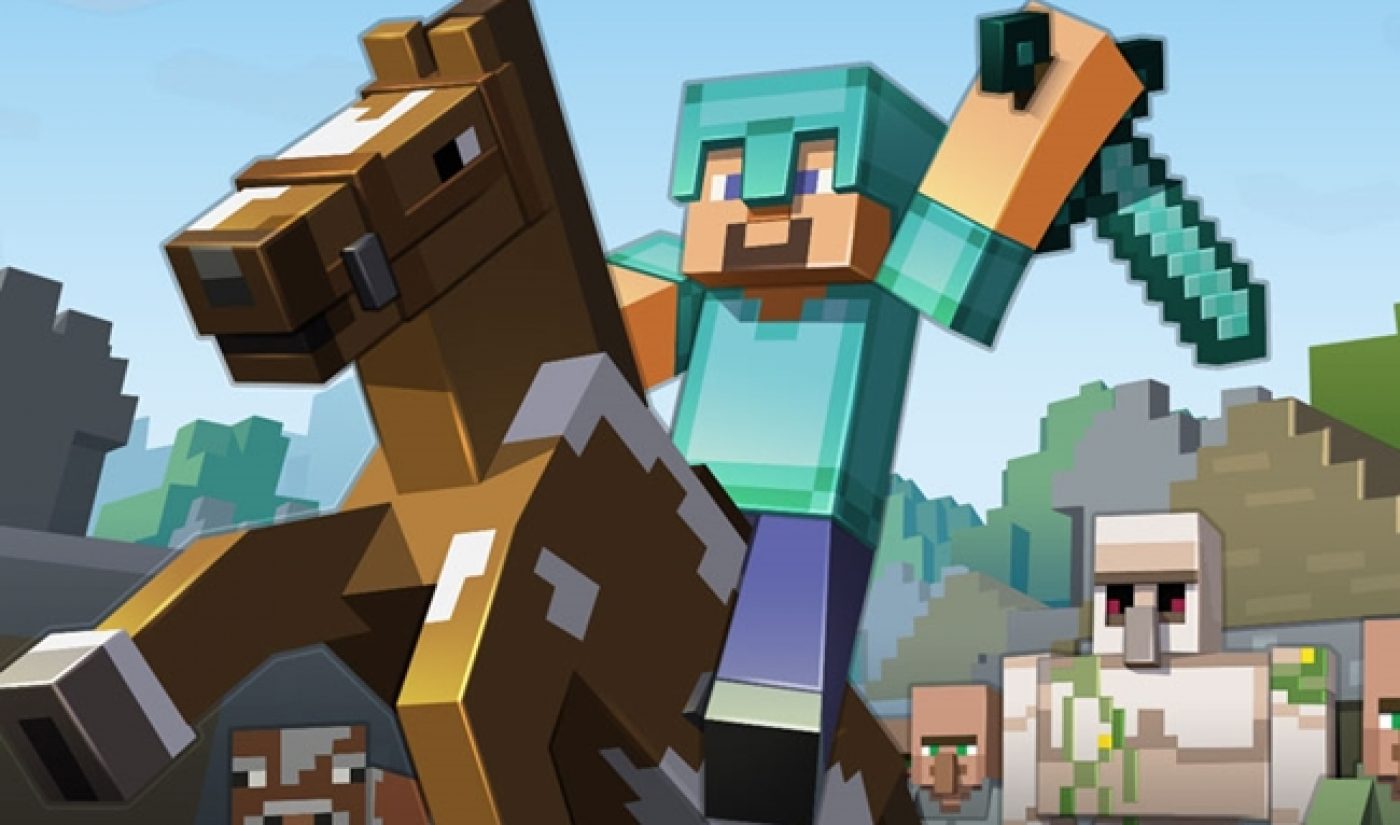 Most people who follow YouTube trends know that Minecraft—Mojang‘s highly-addictive open-world video game–is the single most popular game on the site. Creators who base their entire channels around the game regularly crack our Tubefilter charts, and popular videos about the game draw millions of views.

A report from ReelSEO quantifies just how big Minecraft is. According to data sourced from Octoly, Minecraft fan videos reached 31 billion views by June 2014. Since then, the game’s audience has continued to grow at a rapid pace, and now, Minecraft videos have amassed more than 47 billion views on YouTube.

The “fan videos” referred to in the report simply refer to any videos that don’t come directly from Mojang’s official YouTube channel. While Mojang does have its own online presence (the company was recently acquired by Microsoft), more than 99% of Minecraft video views on YouTube come from fans of the game, who use it as the subject for “Let’s Play” walkthroughs, multiplayer competitions with friends and fellow YouTubers, and animations like this one:

As a chart from Octoly shows, Minecraft‘s share of the YouTube gaming market dominates other popular video game titles. When that chart was collected back in June, only three other games had more than five billion views, and Minecraft had more views than those three games combined.

The most extraordinary result, though, is what has happened since Octoly collected its data. At the time of ReelSEO’s report, Minecraft was already up to 47 billion views, which means the game has totaled 16 billion views in five months. The number of people who are making videos about the game is up, too. The 81,000-person figure from June is now up to 147,000; that’s an 81% increase.

ReelSEO’s report also shares a number of reasons why Minecraft has gotten so popular: The game’s sandbox design has encouraged players to share their results from the start, YouTube’s advertising model made it the perfect place to share those results, and Mojang has taken a hands-off approach. Instead of interfering with fans who are technically infringing on its copyright, the Swedish company has taken advantage of the free advertising those videos provide. It’s a win for everybody, and in the coming months, Minecraft‘s extraordinarily large YouTube following is only going to get bigger.