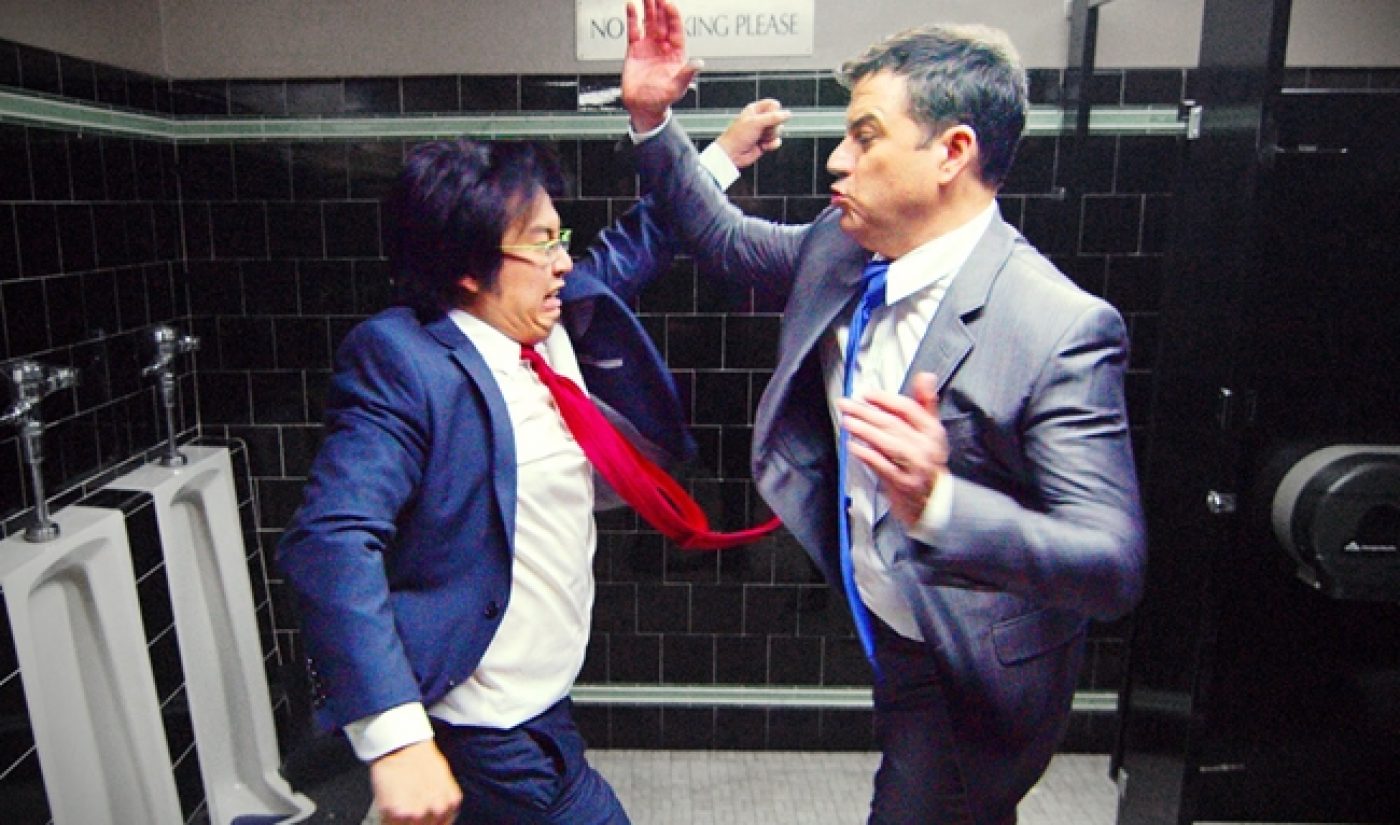 Video Game High School is now in Freddie Wong‘s rearview mirror, and his first post-VGHS video is a special one. Wong teamed up with Jimmy Kimmel for “Tie Fighters“, an action-packed short that involves a men’s bathroom, a Windsor knot, and a burning stake.

The video stars Wong and Kimmel as they meet in the backstage bathroom at Kimmel’s show and argue over which one of them tied a better tie knot. Their argument quickly comes to blows, one thing leads to another, and they ultimately fall through a trans-dimensional portal to a world populated by ties. As you might expect, that setup is a blank canvas on which Wong can show off his dazzling special effects skills.

The short debuted during Wong’s appearance on Jimmy Kimmel Live on November 18th. It then made its way to the Rocket Jump YouTube channel two days later.

Wong isn’t the first YouTube star to make an appearance on Jimmy Kimmel Live. A few months earlier, prankster Jack Vale was invited to the ABC late-night program, and he marked the occasion by filming a video alongside Kimmel’s sidekick, Guillermo Rodriguez.

Wong has also made videos alongside several other traditional media personalities. Before his tie fight with Kimmel, he brought Jon Favreau to his Cowboys & Aliens spoof and had a Mexican standoff with Keegan-Michael Key and Jordan Peele.

“Tie Fighters” is Wong’s return to regularly scheduled programming after the conclusion of Video Game High School, which wrapped up with a one-hour finale on November 18th. That episode–and all others–can be seen over at Rocket Jump.