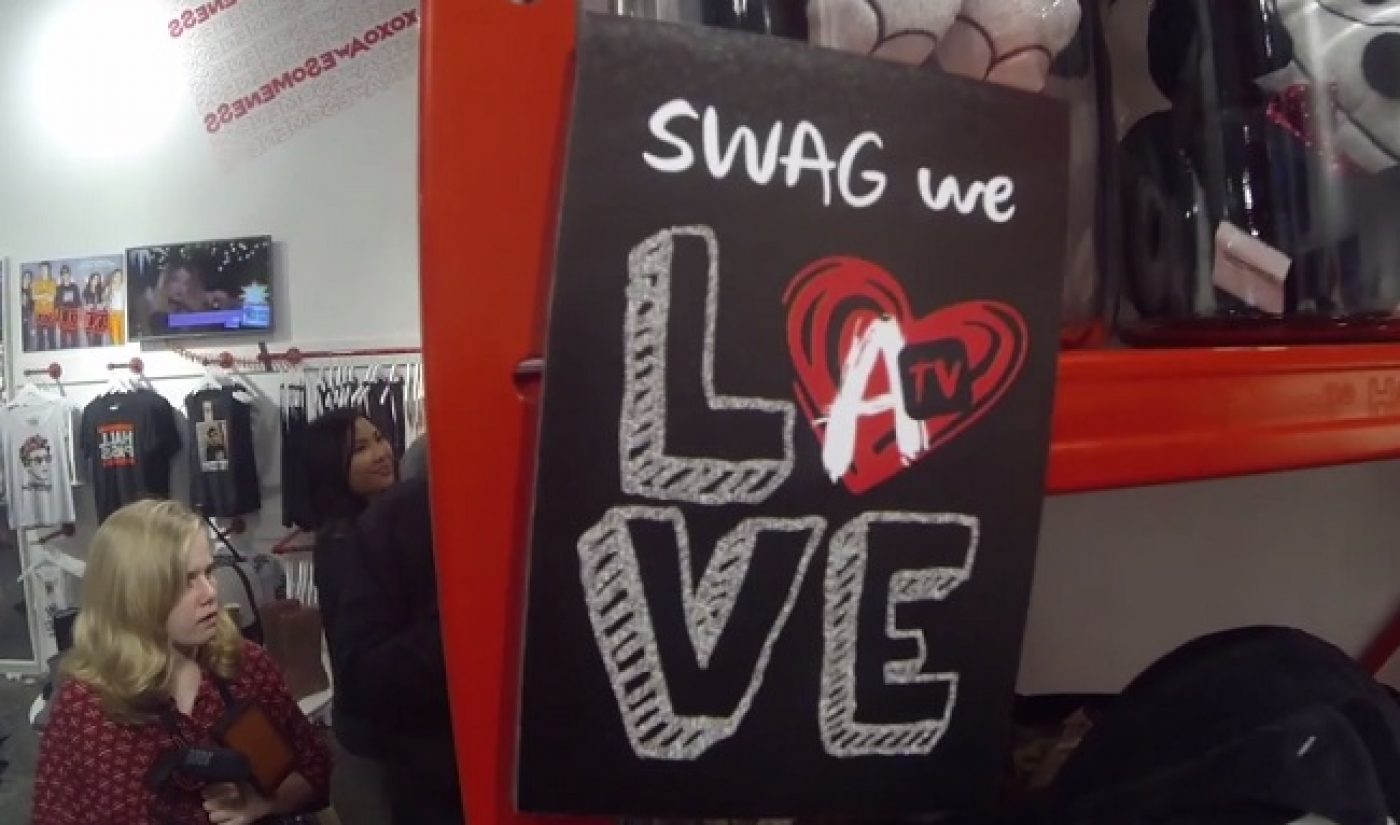 Earlier this fall, AwesomenessTV announced it would open a physical store for holiday shoppers in Los Angeles called Scene@AwesomenessTV. The retail pop-up shop had its grand opening on November 15, 2014, complete with merchandise from some of the multi-channel network’s top creators like Teala Dunn and Sawyer Hartman.

StreamDaily filmed the grand opening of Scene@AwesomenessTV for the benefit of fans and interesting parteid who haven’t yet made it to the actual location. The video shows off the store’s products for sale (some which come from the MCN’s new movie Expelled), and includes interviews with Dunn, Hartman, AwesomenessTV’s co-founder Joe Davola, and the MCN’s Global Head of Consumer Products and Retail Jim Fielding.

“I would say about half the product in the store is either Awesomeness-branded or Awesomeness talent-branded,” Fielding said. He talked about how all the creators met with Awesomeness during the merchandise creation process. The YouTube and social media stars provided their own sketches of ideas or photos of items they liked and worked together with the team at Awesomeness to design the final products. “I’ve always loved fashion,” said Dunn. “The opportunity came about and so I was just like, ‘I can’t say no, obviously.’”

“We’re able to use all that [YouTube] talent to let them put their lines in [the store], which I think is great,” said Davola. “It’s a new form, short-form retailing. We’re bringing it to the fans. They’re able to meet their stars and friends and stuff like that they watch on YouTube, so I think it’s a great thing.”

When asked why AwesomenessTV didn’t open the store elsewhere, Fielding said it’s not easy to find temporary real estate. “We love Fairfax,” he said. “We love the attitude and energy of Fairfax, and then when we found this space, we fell in love with it. We loved the fact that it was an art gallery. I mean, if you look at the floor in there, a lot of the artists’ art is still on the floor. And we just love the visibility of this street.”

You can check out which creators will appear at Scene@AwesomenessTV on its website. But take note: the store will only be open through December 31. So if you live in the Los Angeles area, make sure to head on over to 428 N. Fairfax to grab some products and meet your favorite stars before the temporary store closes its doors.