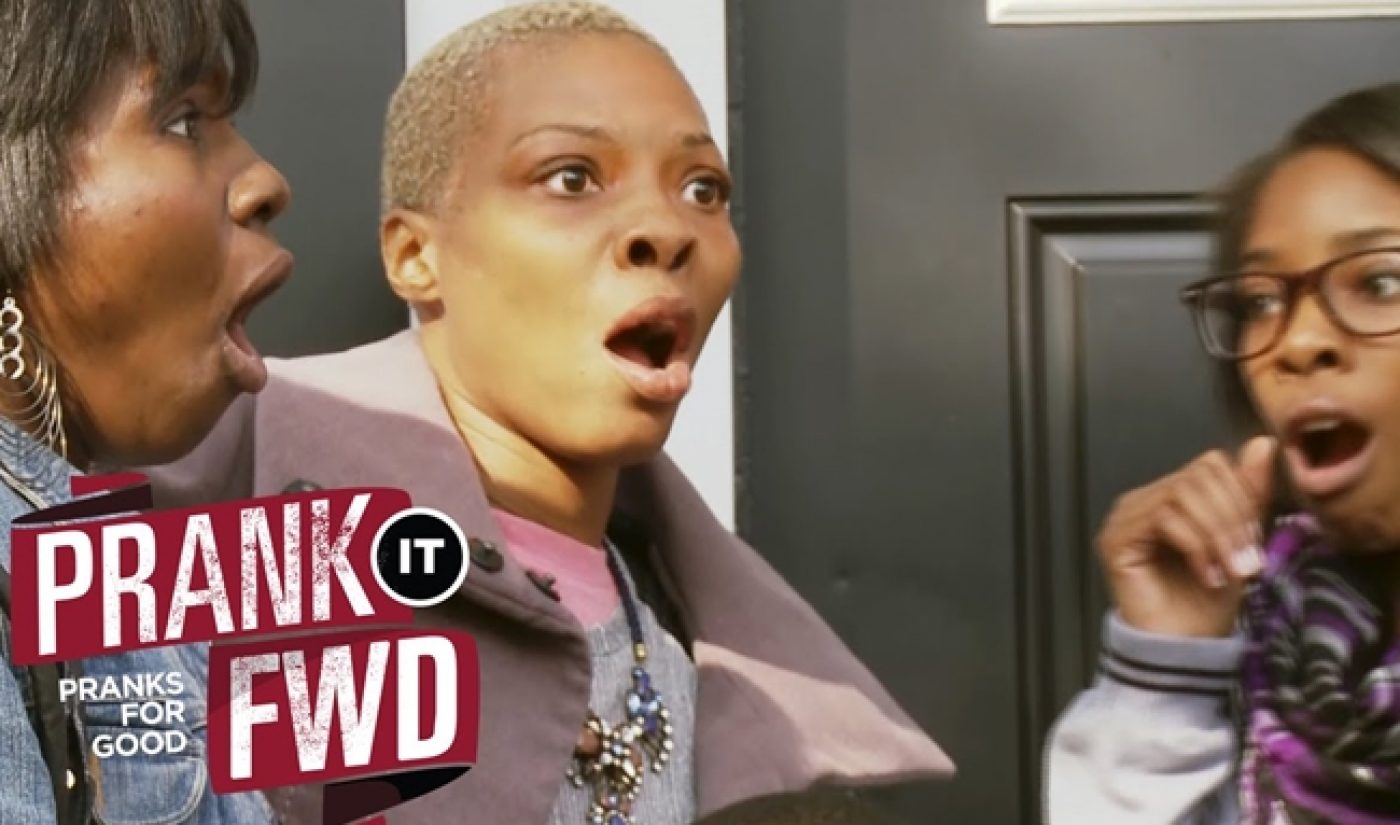 Break.com‘s parade of positive pranks has returned for a second round. Prank It FWD, which drew millions of views when it debuted as Break’s contribution to April Fool’s Day 2014, has returned to the humor website’s official channel.

The first new Prank It FWD video comes from practical joker Greg Benson, who runs the Mediocre Films channel. Benson partnered with Break and Barefoot Wine to pull a heartwarming “prank” on a housekeeper named Cara Simmons. Simmons is sent to a house, where she must taste a gourmet meal, receive a massage, and complete other unusual “chores.” Once she completes her tasks, she learns that the house is actually hers to keep, and she and Benson share some wine to celebrate.

Benson’s prank is only the first of a series of positive practical jokes that will feature creators from the DEFY Media network (which also owns Break). Smosh will make an appearance, as will LAHWF, JSTUStudios, and Tom Mabe.

Prank It FWD‘s first iteration, which began on March 31st, drew tens of millions of views. The series’ most popular entry, which provided a waitress with her best shift ever, scored 8.4 million views on its own. “April’s Prank it FWD delivered above and beyond anything we could have expected,” said Barry Blumberg, Head of Content at DEFY Media, in a release. “This time around we challenged ourselves to go bigger, and what better time than the holiday season to share more good and prank-filled surprises? The results will undoubtedly bring cheer to everyone that watches.”

Keep an eye on Break’s channel for new Prank It FWD videos throughout the week. Tune in, and be sure to use the hashtag #PrankItFWD on social media; for each view and each mention, Break will donate a dollar to DoSomething.org.