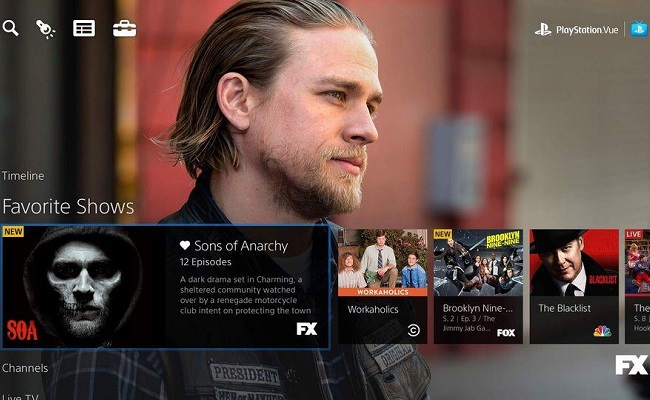 Sony Corporation’s cloud-based TV service is finally here. Dubbed PlayStation Vue, the service is launching in soft beta in November 2014 and will come with 75 networks as content partners.

Sony will initially release the beta (currently invitation-only) to PlayStation console owners in New York, Los Angeles, Chicago, and Philadelphia before introducing it to a larger commercial market in 2015. The service will offer both live and on-demand content, making it a direct competitor to your average cable subscription.

So far, the networks who have signed the partnership deal with Sony include Viacom (who announced the partnership back in September), Scripps Networks Interactive, NBCUniversal, Fox, Discovery Communications, and CBS. This includes all these networks’ subsidiary channels like Discovery’s Animal Planet and Viacom’s MTV. Sony believes it will add more networks in the future.

“Everyday TV is about to become extraordinary with our new cloud‐based TV service, PlayStation Vue,” said Andrew House, president and group CEO of Sony Computer Entertainment, as reported by The Hollywood Reporter. “PlayStation Vue reinvents the traditional viewing experience so your programming effortlessly finds you, enabling you to watch much more of what you want and search a lot less.”

Sony Corporation explained Vue users will be able to save their favorite shows to the cloud “without storage restrictions or scheduling conflicts.” Once viewers put a title in the cloud, they will have access to all the show’s episodes for the next 28 days to watch whenever they have the time.

No pricing details have been released yet. However, Sony is confident the Vue service will be “changing the rules for how people pay for subscription TV,” as the service won’t require installation fees, contracts, or hidden extra costs. (CBS is making similar claims with its All-Access service.) The only drawback to Sony’s service? Vue is only accessible through PlayStation 3 and 4 consoles.

So if you’re interested in Sony’s upcoming cloud-based service and don’t own one of those consoles yet, you’d better pick one up. (And while you’re waiting for Vue to hit the market officially, you could binge-watch your favorite web series or YouTuber through PlayStation’s new YouTube app.)