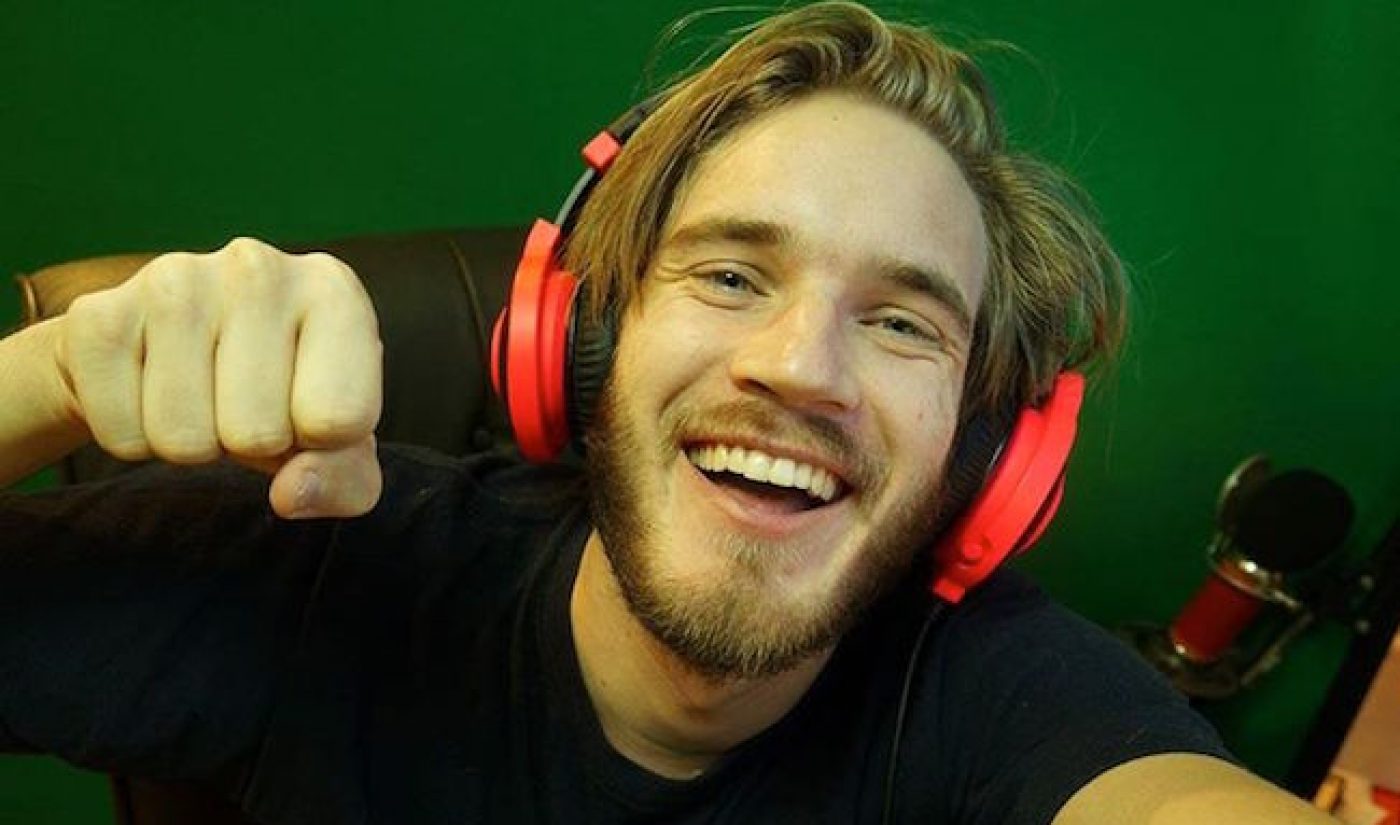 Just a day or two after Felix Kjellberg celebrated his YouTube channel’s 31,970,288th subscriber (and proclaimed how turning off YouTube comments on his videos has been making him “really happy”), the internet’s go-to destination for Let’s Play videos, high-pitched shrieks, Bro Fists, and the occasional personal vlog hit 32 million subscribers.

PewDiePie crossed the unprecedented 32 million subscriber mark sometime on November 6, 2014. 40 days earlier the most-subscribed and most-viewed YouTube channel of all-time amassed its 31 millionth subscriber. So, that means PewDiePie added the latest one million Bros to its Bro Army at a rate of roughly 25,000 subscribers per day, 1,041 subscribers per hour, 17 subscribers per minute, and one new subscriber every 3.5 seconds.

That acquisition rate is certainly impressive and still the highest in all of YouTube, but it’s markedly down from the rate at which PewDiePie used to add new subs. The channel recently went from 30 million to 31 million subscribers in just 36 days. And not long ago in the first half of March 2014, Kjellberg’s online video channel averaged a million new subscribers every 14 days. That rate from eight months ago is 2.857 times faster than PewDiePie’s current rate of growth.

So, what gives? Did the world really reach Peak PewDiePie back in April 2014? Even if the answer is yes and even if PewDiePie’s growth continues to slow down, the channel is still growing at more than double the rate of any other channel on YouTube. Kjellberg is poised to maintain the top spot for a long time to come.