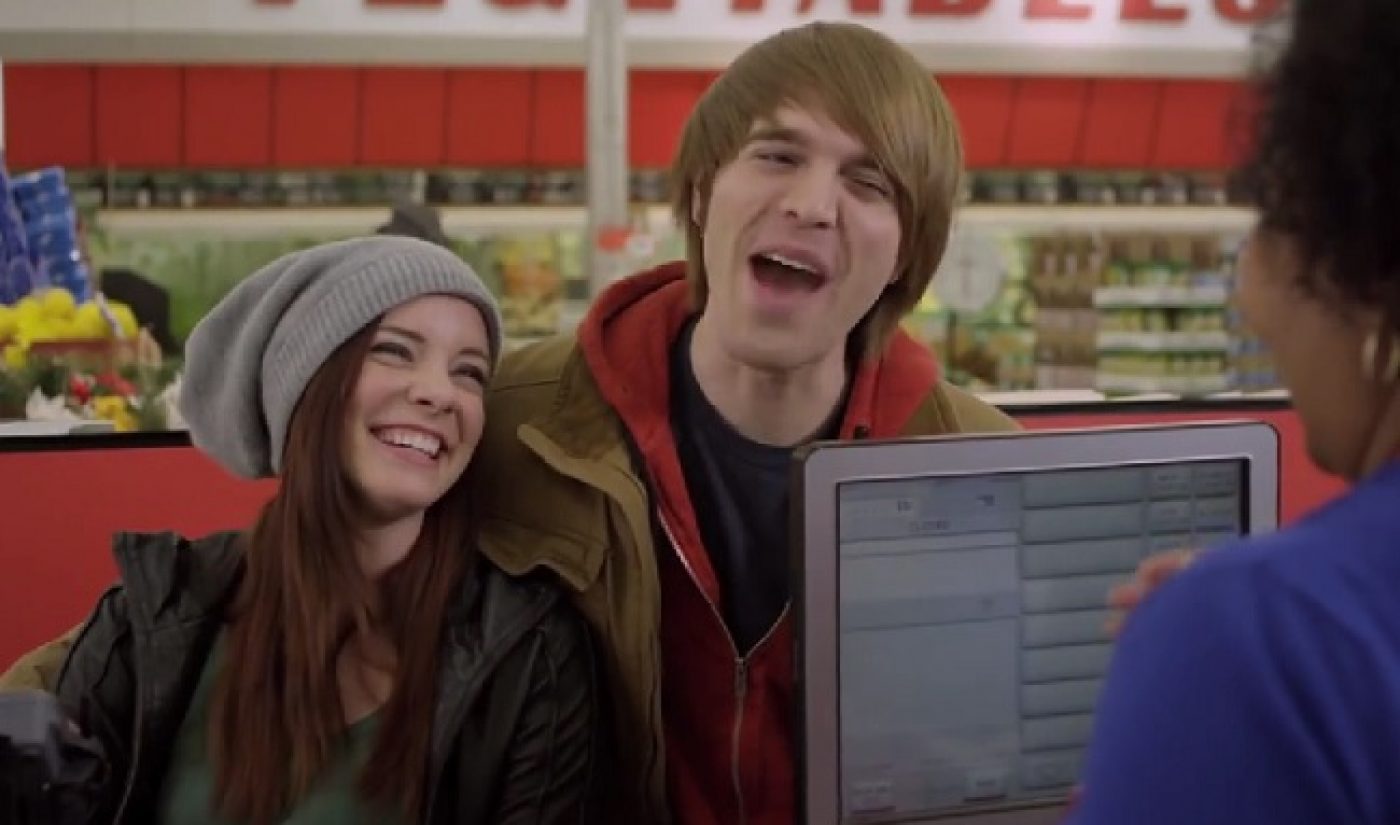 Shane Dawson has at least 250,000 reasons to thanks his fans. The insanely popular YouTuber (he boasts over 12.6 million subscribers across three channels) won $250,000 after his rabid social media followings voted his film Not Cool as the winner of Starz’s reality TV series The Chair.

The ten-episode series documented the independent filmmaking progress of its two contestants — Dawson and fellow budding filmmaker Anna Martemucci — as they produced their own versions of the same script penned by Dan Schoffer. Starz released the installments of the series on television and online to its subscribers, and asked viewers to tune in and then vote on their favorite flick. Martemucci’s movie Hollidaysburg and Dawson’s Not Cool debuted on digital platforms, with Dawson’s creative vision hitting the #5 spot on iTunes within hours of its release on September 23, 2014.

Starz announced Dawson the winner after the voting was tallied on Saturday, November 8, 2014. And that’s when the criticism started coming in.

According to Variety, New York Times’s Neil Genzlingersept said Not Cool was “so poorly executed and so unfunny that no one involved with it should ever be allowed to work in the movies again.” The Chair executive producer Zachary Quinto, star of Star Trek: Into Darkness, said, “I’m glad Shane won — he set out to what he wanted to do. But [his film is] not my cup of tea. [Martemucci] made a better film, from a technical perspective… That, to me, is not subjective.”

But subjectivity is not necessarily what fans notice, especially among the teen crowd that adores Dawson so much. While Starz didn’t reveal any actual voting counts, the network said reviewers gave Not Cool an average score 63 out of 100, while only giving Martemucci’s film a 58. This was the case even after Starz had to disqualify about 39% of the voters because they couldn’t answer questions about plot points to prove they’d seen both films.

The Chair’s executive producer Chris Moore said the difference in opinions and voting for The Chair’s contestants likely stemmed from their “arthouse versus mainstream” tones. “I feel very confident the movies were judged as movies,” he said. “It’s a thinking man’s reality show. It’s complicated.”

And Dawson agrees, saying the fact that he won “was a validation… People are out of touch with what teenagers are interested in. I wasn’t making a movie for middle-aged people writing about TV,” he stated. “I made the movie I wanted to make.”

While Moore said neither The Chair nor Dawson’s film attracted a large viewership, Dawson is looking into more of his movie-making opportunities. He did note he’ll stay on YouTube for the time being, but said to Variety, “I don’t think I’ll be doing daily videos forever.”

If you’d like to decide for yourself which film was the deserved winner, you can purchase both Not Cool and Hollidaysburg on iTunes.