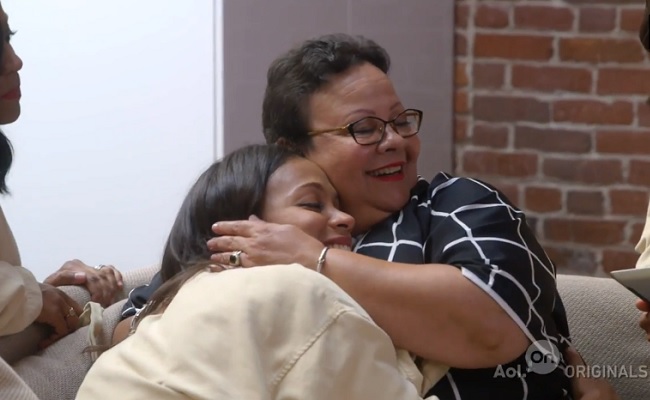 Zoe Saldana may be known for her roles in Avatar or Guardians of the Galaxy, but the Hollywood starlet has a new project that encourages people to turn their attention away from her. The actress’s AOL Originals series, Zoe Saldana Presents My Hero, launched on October 24, 2014, on AOL On.

Produced by Saldana in conjunction with Ellen Rakieten Entertainment and Relativity Television, Zoe Saldana Presents My Hero follows several Hollywood stars, but not in the way you’d expect. The ten-episode series focuses on the people most important to these celebrities: their personal heroes. Each Hollywood personality will say have the opportunity to say “thank you” to the people most important to them in the grandest surprise gesture they can create.

In the debut episode, Saldana pays tribute to her mother, who single-handedly raised Saldaña and her two sisters in the Dominican Republic after their father’s tragic death. Saldana says their mother taught them everything they know about strength and perseverance. “I never understood how she did it,” Saldana states in the first episode.

In addition to Saldana’s mother, future episodes will introduce audiences to the personal heroes of Maria Menounos, Julianne Hough, Nick Cannon, Clay Walker, Tyler Posey, Gina Rodriguez, and Mary Lambert. New episodes will be released every Friday at midnight. You can watch the first episode of Zoe Saldana Presents My Hero on AOL On.