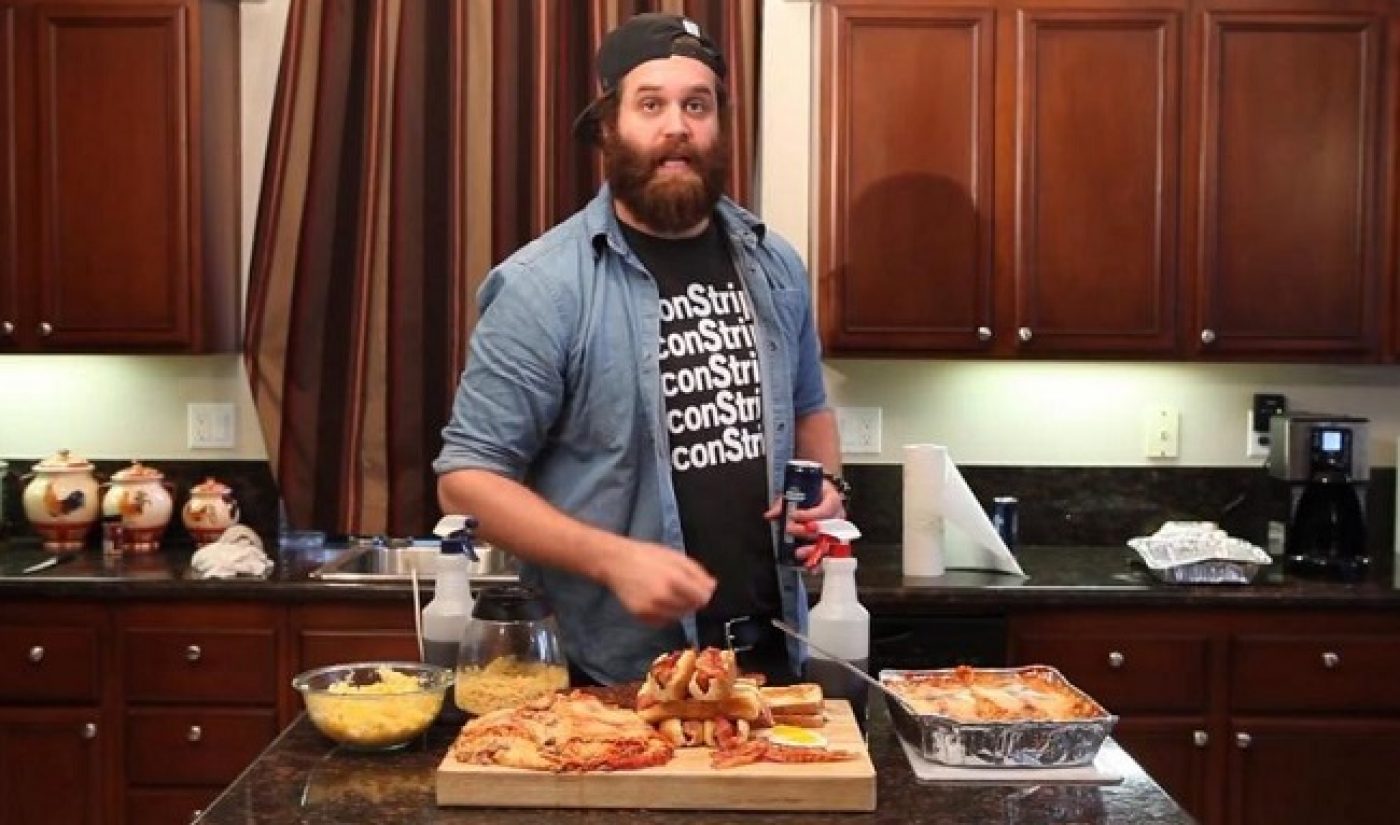 Harley Morenstein will soon be busy driving a motorcycle instead of eating massive amounts of food. Crackle and Legendary Entertainment have cast the Epic Meal Time star as one of the lead roles in the companies’ upcoming feature-length film, Dead Rising: Watchtower.

Morenstein will play the role of biker-gang member Pyro, who is second-in-command to the gang leader and criminal Logan. Crackle and Legendary tapped Aleks Paunovic from This Means War to play Logan. Additionally, the two companies announced Rob Riggle (of Let’s Be Cops and 21 Jump Street fame) has signed on as photo-journalist Frank West, and Keegan Connor Tracy (from Bates Motel and Once Upon a Time) will take on the role of Jordan, a prim and proper journalist. Morenstein and company join cast members Jesse Metcalfe, Meghan Ory, Virginia Madsen, and Dennis Haysbert, all of whom Crackle previously announced at the end of September.

Dead Rising: Watchtower will follow the four main characters as they try to figure out how a zombie outbreak was started. The four soon suspect a conspiracy when a required government vaccine doesn’t stop the zombie infection from spreading like it was supposed to. Morenstein, Paunovic, Riggle, and Tracy’s characters must fight to survive if they hope to uncover the secret behind the zombie invasion.

Produced by Contradiction Films and executive produced by Lorenzo di Bonaventura (Transformers, G.I. Joe), Dead Rising: Watchtower will first debut exclusively on Crackle before moving to SVOD, TV, and DVD platforms. A release date for the film hasn’t yet been announced.

The flick will also be the second major motion picture film appearance for Morenstein, who recently had a fantastic cameo in Kevin Smith‘s Canadian horror film, Tusk.