Nicole Richie’s ‘#CandidlyNicole’ Is Back For Season Two On AOL 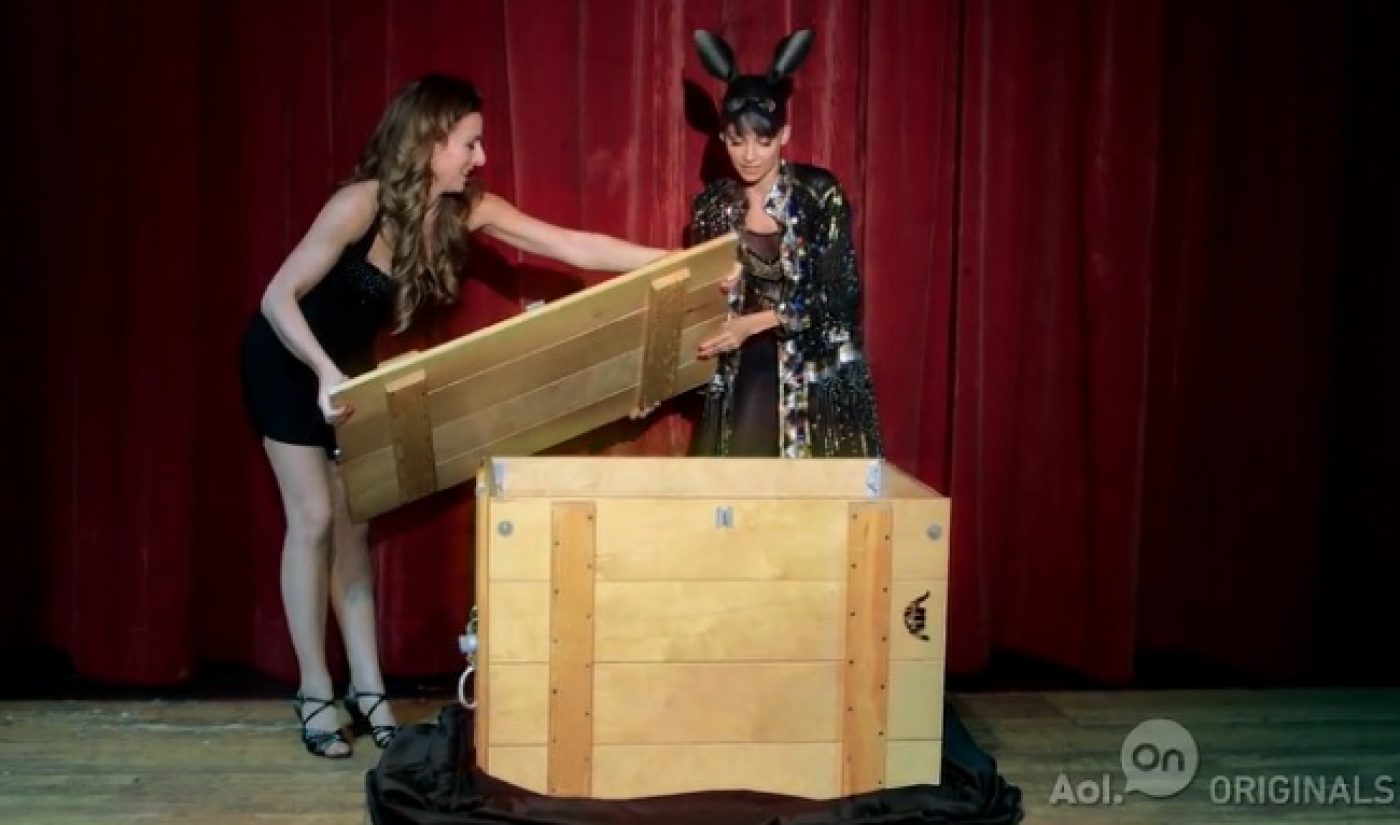 AOL renewed Nicole Richie’s unabashedly unique series #CandidlyNicole earlier this year. Now, the day-in-the-life kind of program that’s loosely based on its star’s infamous tweets is back for season two by way of AOL On and the video portal’s YouTube destination.

The premiere episode is titled “Hocus Pocus” and it features Richie heading to Magicopolis in Hollywood, California to see what it’s like being a magician’s assistant. Richie “dreams of having her own show in Las Vegas one day,” according to the video’s description, so she tries to learn the tricks of the trade. However, the reality TV star quickly finds out being a good assistant means you’re not the center of attention. Needless to say, this is difficult for Richie and she has to learn to tone it down (at least as much as she’s capable).

#CandidlyNicole’s first season was a hit with viewers, as its 20 episodes garnered millions of views on both AOL and YouTube. With those kinds of online numbers and a recognizable star at the helm, VH1 picked up the show and created eight half-hour episodes of both repurposed and new footage. The TV show debuted on the cable network on July 17, 2014 and was quickly picked up for a sophomore cable television season set to debut in 2015.

Audiences online and on TV have followed Richie along on her adventures as she debated getting her tramp stamp removed, learned how to think like a drag queen, and overall transitioned into adulthood. In this new AOL season, Richie will explore the worlds of sign twirlers, beekeeping, water ballet, and more.

New episodes of season two will be released on AOL On every Thursday. You can watch old episodes there, too, or on the site’s YouTube channel.