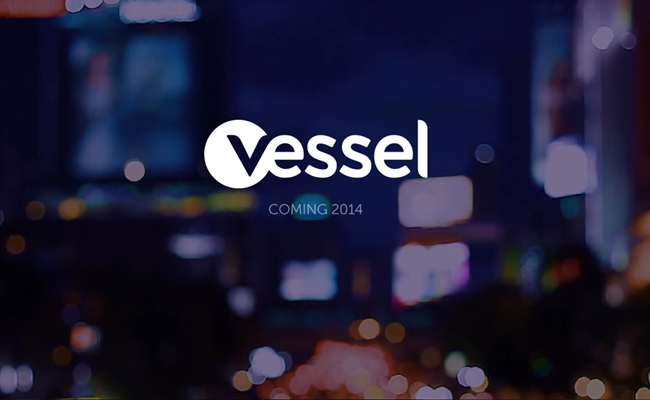 Former Hulu CEO Jason Kilar has been mostly quiet about Vessel, the startup he has been building since he departed Hulu in January 2013. Now, thanks to a report in the Wall Street Journal, we have received a glimpse of Vessel’s discussions with advertisers, which provide a rough sketch of the model the new platform will use to attract creators, brands, and viewers.

We previously learned that Vessel is attempting to cut deals with YouTube creators,and according to the WSJ report, a large part of Vessel’s business will revolve around exclusive windows. Subscribers will be able to access content that will later be proliferated on YouTube and other platforms. Viewing these exclusive videos seems as if it will require a paid subscription, since the WSJ sources state that Vessel “will also offer some free, ad-supported content.”

The biggest assets Vessel will offer its creative partners will be favorable advertising rates and revenue streams that have the potential to far outstrip the revenue those creators can make on YouTube. The WSJ report claims Vessel wants between $30 and $50 CPMs (cost per thousand impressions), which would be much strong rates than the $7.60 figure the New York Times reported as the average YouTube CPM in a February 2013 report. Vessel is also said to be claiming a 30% cut of its creators’ ad revenue, which would be 15% less than the often-cited 45% cut YouTube takes from its creators’ ad revenue.

The revenue streams Vessel is reportedly advertising are likely enticing to the creators in the online video industry who have long struggled to make adequate money, and Vessel apparently has a few takers. It has reportedly struck deals with media companies, YouTube personalities, and multi-channel networks, though no particular names have been announced.

This sounds like a strong business plan, but the WSJ also notes a few snags slowing Vessel’s negotiations with its three main client groups. Some media companies are hesitant about giving Vessel the exclusive windows it wants, some MCNs are not happy that Vessel has chosen to talk to their creative partners directly, and the creators themselves are worried about alienating the massive audiences they have built up on YouTube.

This is all conjecture, because Vessel’s execs have been almost entirely quiet about their plans. The WSJ article states that Vessel plans to execute a “soft launch” by November, so we look forward to seeing how well Vessel’s format matches up to the reports.