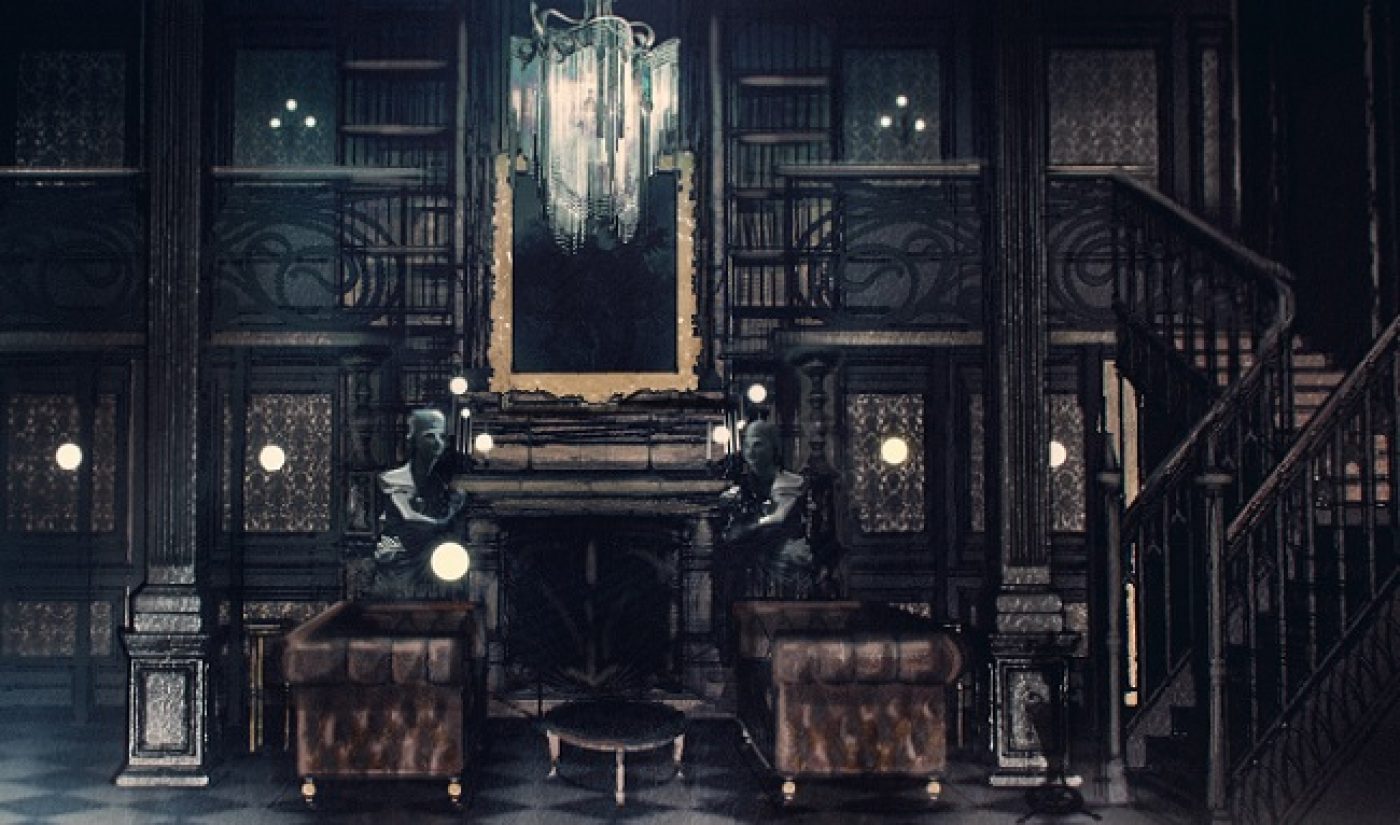 Earlier this month, Legendary Entertainment and Guillermo del Toro announced a Halloween film contest at YouTube Space LA. Now, the Space has been taken over by various del Toro-inspired sets for use by the contest participants.

Since September 22, select creators with over 10,000 subscribers have begun to use the sets as they film their entries for the “House of Horrors: A Legendary Halloween Contest.” The current lineup of creators includes BlackboxTV, TheBrothersRiedell, Steve Zaragoza, RecklessTortuga, DaneBoe, LanaMcKissack, Mike Diva, Nerdist, and RoxyDarr. Each has been assigned a timeslot for production at the LA Space, where they will write, shoot, edit, and finalize their entries to be judged by del Toro himself.

The Halloween sets are also available to contestants at YouTube Spaces in New York, Tokyo, and London. While not every Space will contain the same scenes, most creators can expect some very del Toro-esque designs, including a library from an old manor, a creepy staircase with Gothic-style windows overlooking a haunted garden, and a conservatory overgrown with rampant plants and littered with rusting tools.

All the creators’ videos will be available between October 21 and Halloween on the creators’ channels, Legendary’s channel, and the YouTube Spaces channel.