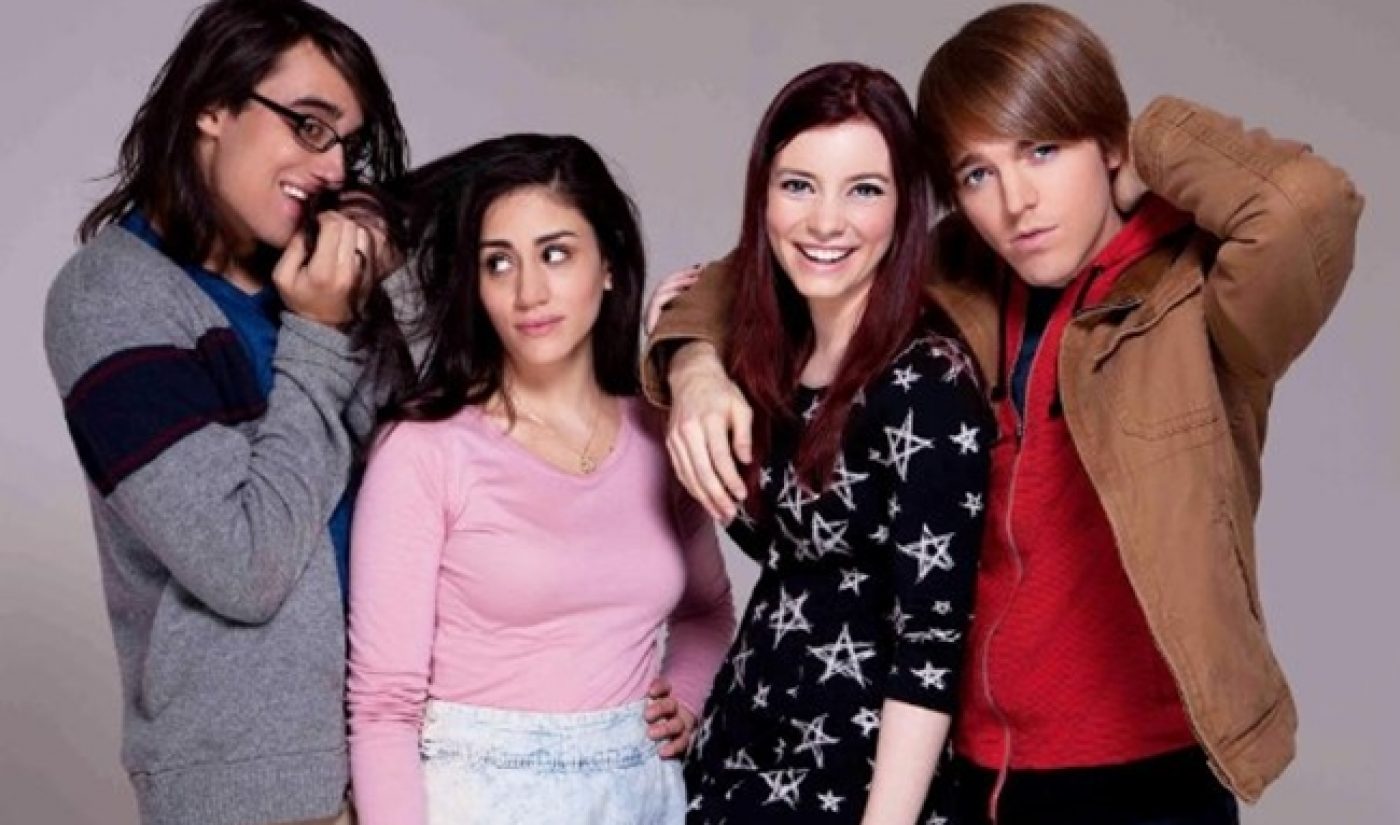 On September 23rd, Shane Dawson‘s first feature-length film, Not Cool, arrived on iTunes. As soon as the film became available, Dawson told his followers to go buy it, and off they went. Within hours of its release, Not Cool has zoomed up the iTunes movie charts, reaching the #5 position.

Not Cool  tells the story of a former prom king, played by Dawson, who returns home for his first Thanksgiving break since leaving high school. During his break, he is reunited with a former classmate (Cherami Leigh), who has little love left for her hometown. Lisa Schwartz, Dawson’s real-life girlfriend and a fellow YouTuber, has a supporting role in the film.

Not Cool was created by Dawson as part of The Chair, an unscripted Starz TV series about the independent filmmaking process. Dawson and filmmaker Anna Martemucci were given the same script and each asked to adapt it into a feature film. Martemucci’s version, Hollidaysburg, is also set to debut.

Dawson has more than six million subscribers on his main YouTube channel, so there was little doubt his film would gain a large audience. The bigger question concerns the film’s quality. Is it good? That depends on who you ask. Dawson’s fans have showered Not Cool with five star reviews, but the film was savaged in the Los Angeles Times, where it received an extremely negative review. The Times’ critic, Robert Abele, called the film “A stab — no, a frantic machete swipe — at comedy that only date-rapists, racists and sociopaths could love,” so I’m guessing he didn’t like it.

Dawson is unfazed. On Twitter, he referenced divisive filmmakers like John Waters and wrote “comedy is comedy. And I’m 100% PROUD of my movie.”

If you’re curious about this polarized response, there’s only one way to judge Not Cool‘s quality for yourself: Check out the film on iTunes, and download it if you are so inclined.