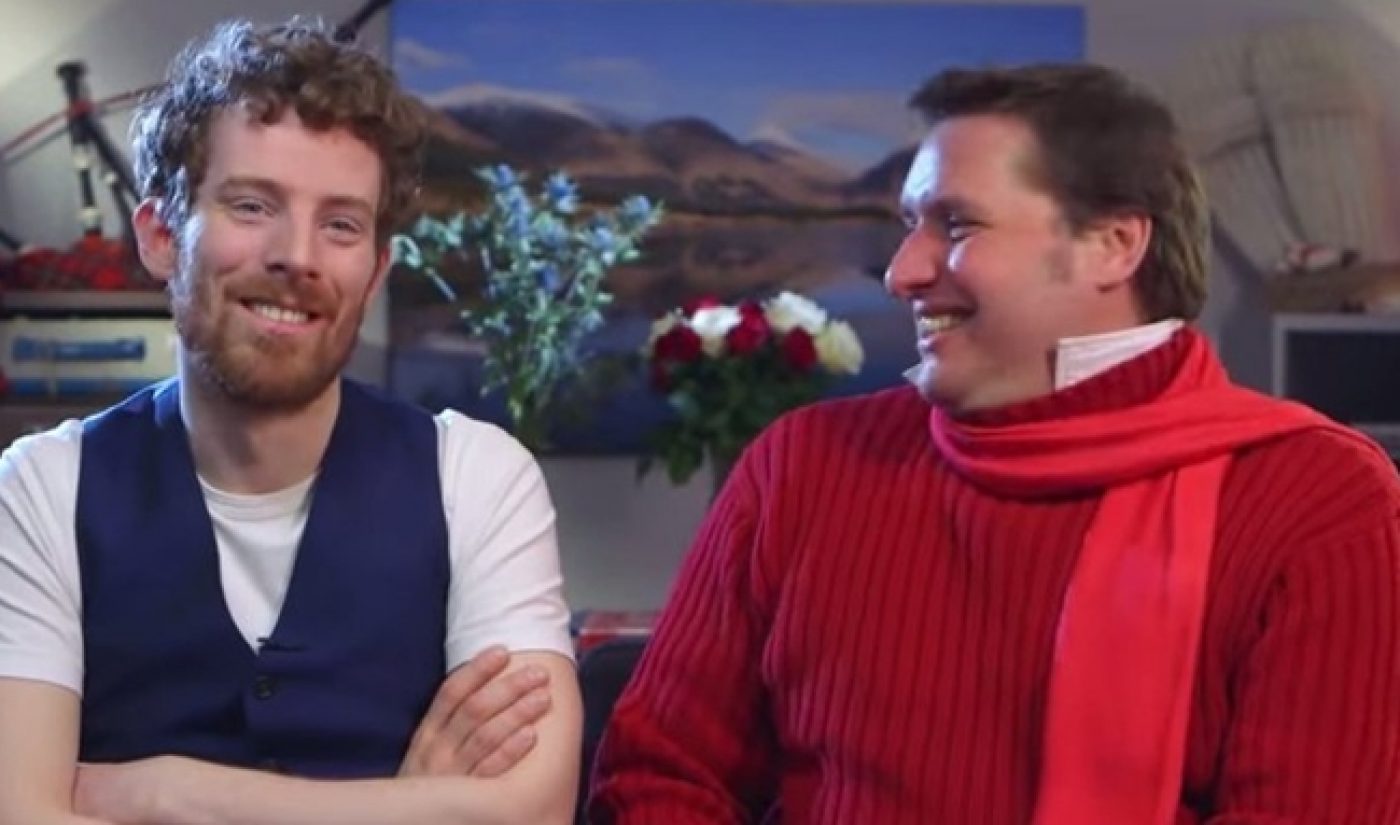 Scotland’s bid for independence, even though it ultimately amounted to a “nay” vote, served as one of the major news stories of the week. Now, as the British Isles are cooling off, a web series is providing a lighter look at the “conflict” between Scotland and England. United Queendom sets up a unique premise by mapping the Scottish struggle for independence onto a romance between two gay men.

The two main characters of United Queendom are Scott (Damien Hughes) and Adrian (Daniel Page), a couple that has been together “for centuries.” Adrian is brash, flamboyant, and incredibly controlling. He insists on counting all of the couple’s possessions as shared goods, much to Scott’s chagrin. Scott, however, is often too meek to truly stand up for himself. It’s a tale of an abusive relationship that happens to be a perfect analogue for current events.

Creator Bob Denham has more than just a clever idea at his disposal. He is skilled at expressing complex national issues as lovers’ squabbles, often times bolstered by puns. The second episode involves a divide between the two protagonists and is titled “Adrian’s Wall.” The third episode features a Scandinavian model who also serves as a “model” for Northern European autonomy.

United Queendom is a well-crafted satire, and even though Scotland decided not to secede from the UK, Denham’s four-episode creation is still worth checking out. Plus, for Americans like me who may not be familiar with the issue, the series has education merit as well.