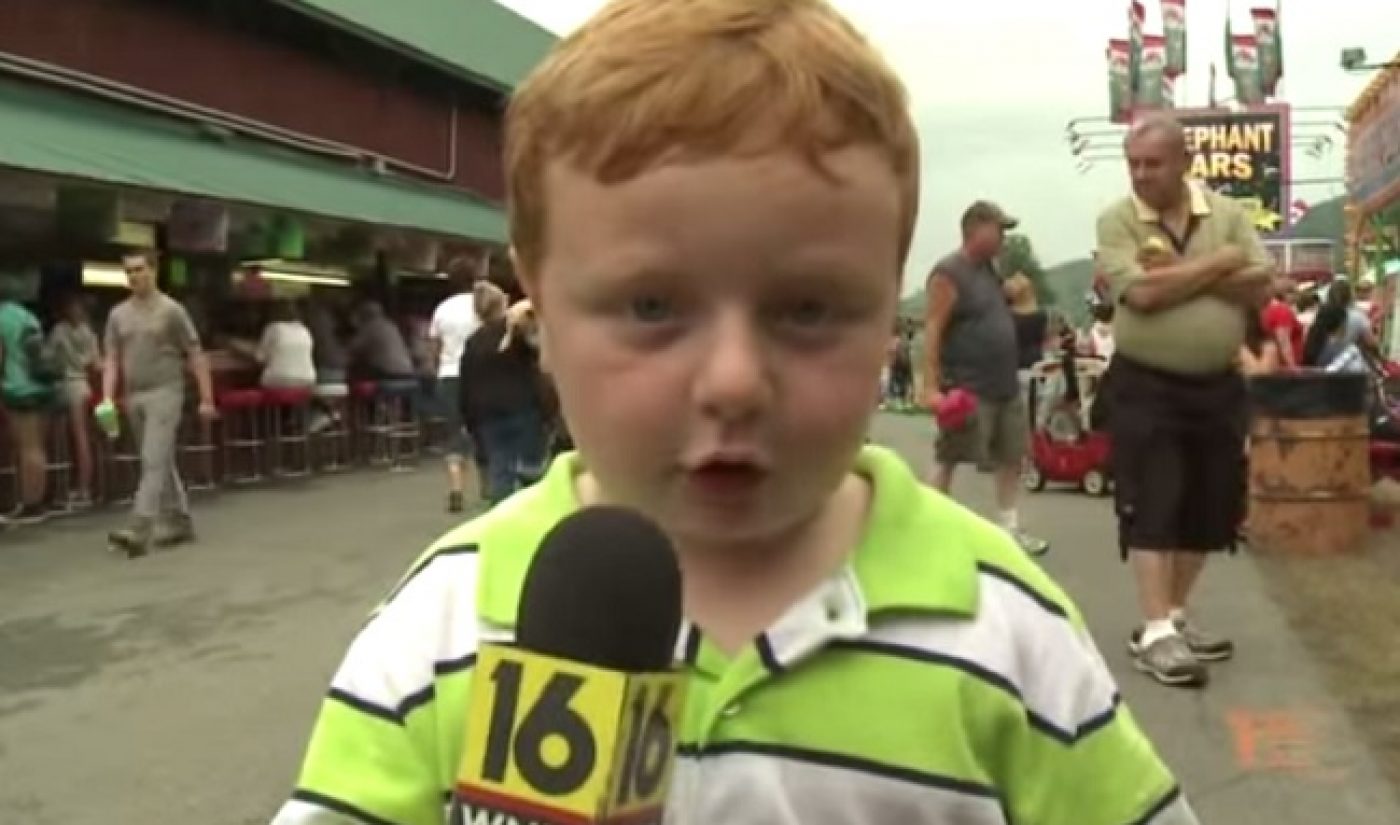 Sometimes, the best way to end the work week is with a good chuckle, and 5-year-old Noah Ritter’s antics are good for several of them. Dubbed the “Apparently Kid,” Ritter has skyrocketed to viral levels within the last month, recently appearing on the Ellen Show and in his first TV ad.

In August 2014, the Pennsylvania TV station WNEP-TV interviewed Ritter on live TV about what he thought about the rides at the Wayne County Fair. The child proceeded to use the word apparently no less than seven times in the span of a minute, commandeering the microphone in a matter-of-fact way as he explained how he’d “apparently never been on live television before.”

The station posted the video interview on YouTube, and it has over 15 million views to date. On Thursday, September 11, Ellen DeGeneres had the engaging Ritter as guest on her show, where he explained “it’s my first time on a talk show,” told her that seriously was his new favorite word, and said it’s hard to concentrate on what you’re learning in kindergarten when all you can think of is how it feels like 10 days in prison. Even Ellen couldn’t hold her cool as she interviewed Ritter.

Additionally, Ritter “apparently” got his first role in a TV commercial for the pet food company Freshpet. The 5-year-old explains how Barney the dog doesn’t like his food because it makes his farts stink, and then proceeds to instruct the viewer on how to raise a dog properly, which includes giving them healthy food.

Ritter has also appeared on Good Morning America and What’s Trending. His rise to childhood stardom doesn’t seem to be ending, but apparently, lots of people are okay with that.