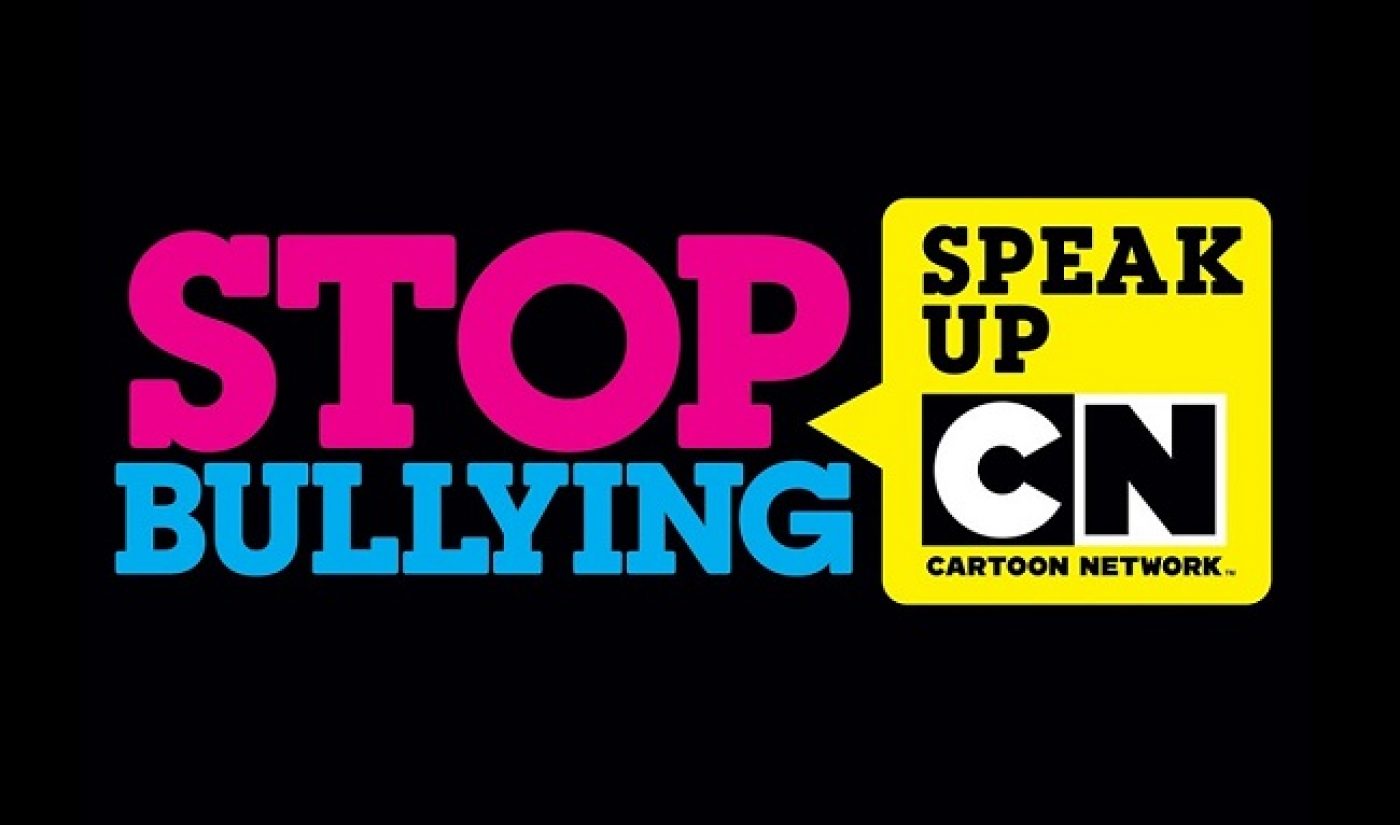 While YouTube recently started its “School of YouTube” initiative to educate viewers and raise money for charity, FullBottle has a different back-to-school mission. The marketing agency partnered with Cartoon Network to promote the multi-platform “Stop Bullying: Speak Up” campaign.

Even though this is FullBottle’s third year on the campaign, it’s the first time the company teamed with Cartoon Network. The two also worked with several popular Vine users asking them to contribute to the social campaign by creating 6-second videos which would aid in spreading awareness of bullying and convince victims and witnesses to speak up. According to The Video Ink, participating Viners include Bottlerocket (over 400,00 followers), Jack Dytrych (over 570,000), Mike Bennett (over 59,000), and Maddy Esther (over 126,000).

“Our goal with ‘Stop Bullying: Speak Up’ is to reach as many kids, parents, educators and community leaders as possible with messages that encourage them to speak up whenever bullying occurs,” said Tracy Barash, VP of brand development at Cartoon Network, in a release. “Working with FullBottle on this new series of Vine videos is another creative extension of that overall effort.”

The campaign focuses on an issue that needs some serious attention. According the U.S. Department of Health and Human Services, at least one in three students have felt bullied in school, and of those, only 20-30% will tell authorities or their parents. While fewer have been cyberbullied, it’s an issue the campaign is uniquely poised to combat with the inclusion of popular Viners’ messages against all forms of bullying.

“Micro-video is an effective way for advertisers to spur action from their target audience. We’re excited that this partnership will promote a positive message that is delivered in the most authentic manner to kids wherever and whenever they are consuming content,” said Reed Berglund, co-founder and CEO of FullBottle, in a release. “When approached by Cartoon Network, we found the perfect set of creators from the world of Vine to record videos for this campaign. Cartoon Network was a great partner in that each Viner was free to produce content that would resonate with their specific audience.”

The campaign’s Vine videos will appear on select Vine accounts and will be distributed across FullBottle’s network, which reaches over 150 million people. To learn more about the “Stop Bullying: Speak Up” campaign, visit its site at StopBullyingSpeakUp.com.