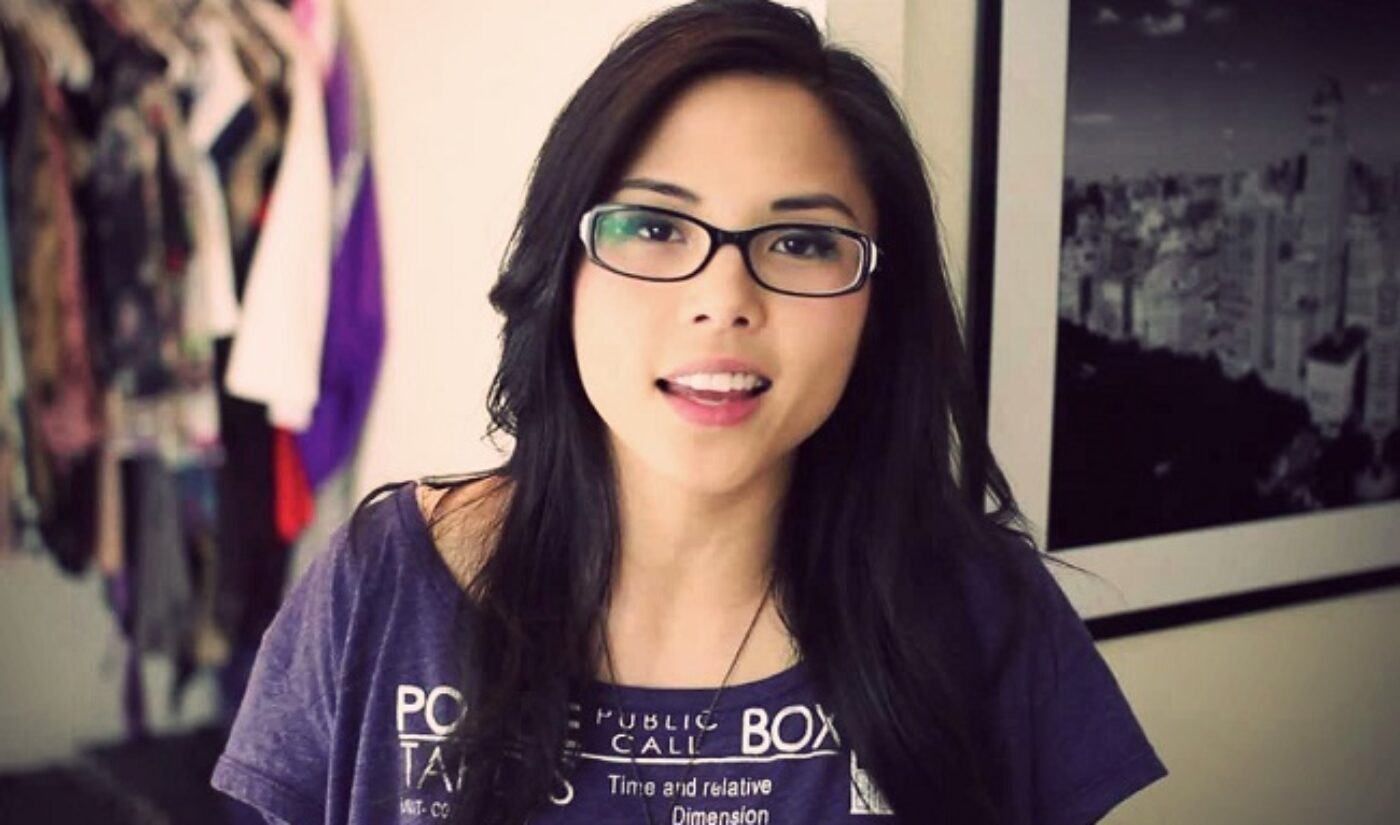 You may already know this week’s YouTube millionaire from her starring role in the high school, sci-fi, action series Riley Rewind, her unique series of online video shorts (that includes titles like PREGNAPOCALYPSE), or her frequent, insightful, and popular personal vlogs. But if you aren’t yet familiar with Anna Akana from any of the projects above, don’t fret. You’ll undoubtedly be familiar with her special brand of video entertainment very soon.

Akana is poised to extend her popularity far beyond her current one million YouTube subscribers and into projects both on the internet and off. But until then, we sat down with the talented vlogger, actress, and filmmaker to discuss what it’s like to reach the seven-figure subscriber mark and how she hopes to use all of her talents and interests in the future. “Stay awesome, Gotham,” and check out the interview below.

Anna Akana: It feels great. Thank you to everyone who has ever taken the time to watch me be silly in front of the camera.

TF: Do you feel your filmmaking skills improve as you release more short films? What are some areas where you still think you can improve?

AA: My skills are definitely improving with every short film I make. The number one thing I’m working on is smoothly transitioning between directing and acting on set. They’re two completely different mentalities. Directing is very critical, analytical and problem-solving oriented. When I’m directing and setting up shots and checking our time, I have a million things on my mind. Before I know ti, it’s time to step in front of the camera and be in the moment, fully immersed in character. Not only has it been hard to switch back and forth between the two mindsets, but I don’t have anyone watching me specifically for performance, and we don’t have time to watch every take in playback [with sound]. As a result, the weakest part of the short films is my acting.

However, the more I shoot, the more comfortable I become in the directing position, and the easier I can make the switch from left to right brain. I’ve also started to bring my short film scripts to my acting coach to lock in my emotional performance before I ever step on set.

It’s one challenge at a time, but I’m loving the opportunity to learn and grow.

TF: What strategies do you use to craft entire, complete stories in just a couple of minutes?

AA: The scripts go through a ton of drafts. I have very tolerant friends, hahaha. I’ll write a first draft, sit on it for a bit, revise, then send out to my team for feedback. When Megan writes the short films we go through the same process. It’s constant draft after draft, improving each aspect, until the short film feels complete. It’s a very collaborative process and I’m grateful that I have a team who cares about every project like it were their own.

TF: I’ve seen Pregnapocalypse as a pre-roll ad. Why did you decide to use that advertising strategy?

AA: Pregnapocalypse actually fares “average” in comparison to my other channel ads, but I wanted to use it because it starts with four pregnant women running into a room screaming, and who can resist that? Haha. I’d also like to attract a viewership who wants narrative content. Since most of what I’ve done is more vlog based, I’m consciously working towards exposing myself more as an actress. Most of my audience doesn’t know that I’m an actor who turned to youtube because I wanted to have some control in my career.

TF: Pregnapocalypse was also a departure from your usual style. Do you think you’ll play around with more genres or are you looking to get more comfortable within your filmmaking wheelhouse?

AA: The short films I’m creating for 2014 have been a variety: psychological thriller, dark fantasy, horror. I also have a puppet one down the line that I’m excited about!

I want to play around with different genres because it forces you to strategize effective storytelling in its category. We all know the tropes that come with horror or science fiction or romantic comedy. The larger scale projects I want to do are a cross between genres. Like any craft, you gotta know how to execute the rules before you break them, so the short films explore one genre in and of itself.

TF: Are you interested in making longer films on YouTube? If so, how do you plan to engage viewers on a platform catered to short-form content?

AA: I’m currently working on a 12-17 minute short film with Ron Howard‘s studio New Form Digital. Riley Rewind, a 45-minute series, had success in terms of views and audience retention. I believe that on a platform catered to short-form content and falling in love with someone’s personality, you need to approach it with specific tactics in mind. Building a positive relationship with an audience is the surest way to longer retention. Fans want to see you succeed. They care about what you do. Not every person on YouTube is an actor or aspires to be in the entertainment industry, but there is clearly power in people just liking you and relating to what you have to say.

I try to be as honest and open as possible in my vlogs, and to encapsulate the kind of person I am, so that people will be invested when I move on to bigger projects. Of course, there’s always the fear of being pigeonholed as a vlogger, or for your audience to know “you” so well they can’t believe you in a role, but that’s just motivation to work harder as an actor.

TF: What is your vlogging process like? How long does it take you to write, shoot, and edit each vlog?

AA: It used to take me three days: one to write, one to shoot, one to edit. I’ve gotten to the point where I can complete an entire episode in a day. It starts with me combing through my journal to find material. All my episodes come from the past week’s emotional struggles, striking conversations, or observations about society/relationships/friendships. My only rule is that I pick a topic I feel passionate about.

TF: Do you more enjoy standing behind the camera or acting in front of it?

AA: I love directing more than I thought I would, but performing is still my passion. There are stories I’d like to tell just as a director, but for the most part, acting all the way.

TF: Once you complete your short film series, what plans do you have for your YouTube channel?

AA: I’m going to tackle a feature film after the shorts, which will most likely premiere off the platform. My YouTube channel is a great way to connect with people and have my little creative fix every week. I don’t have any plans to stop uploading, but like you said, it’s a platform catered to short-form content. It can feel limiting at times, but I’m excited to keep going and seeing how it evolves.