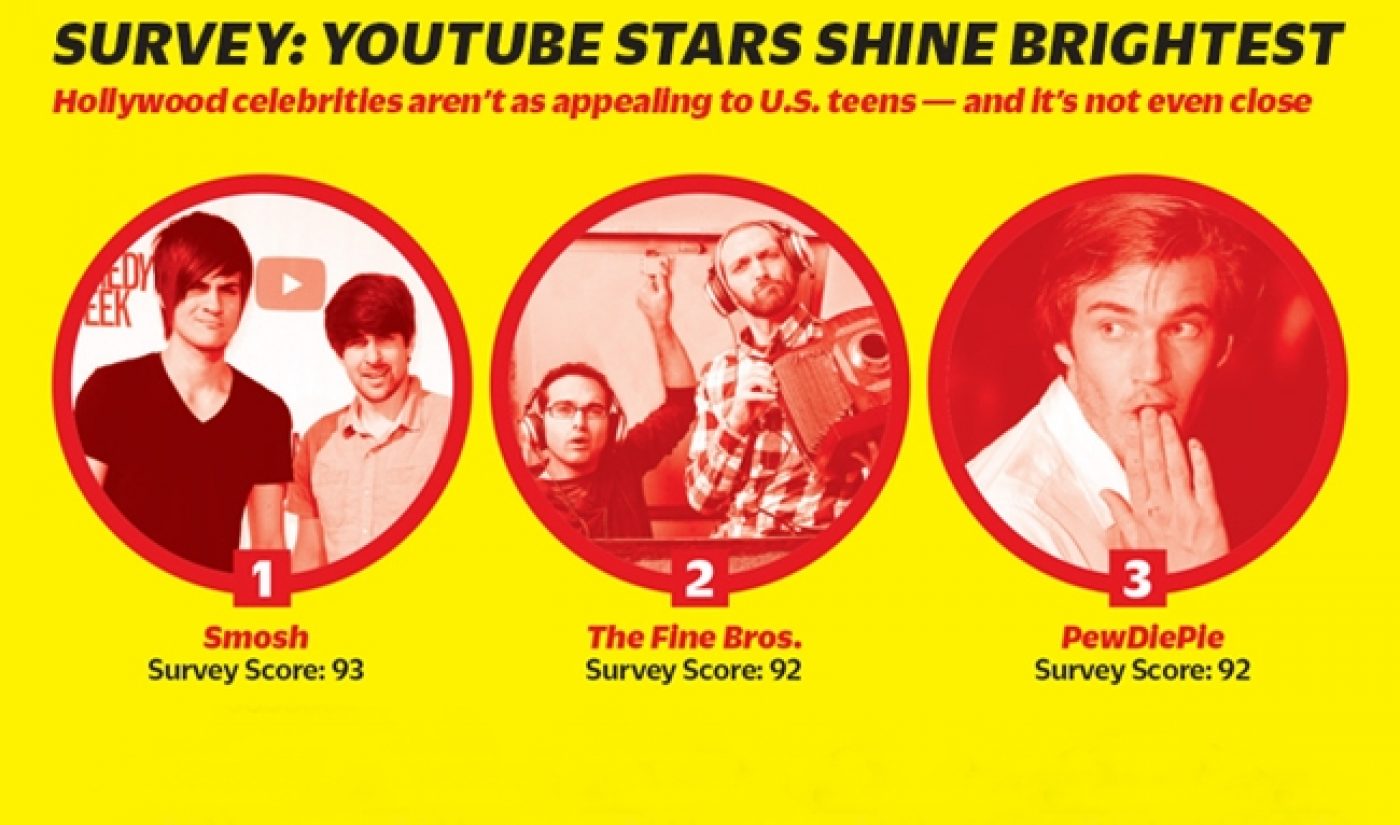 In July, Variety commissioned a survey that sought to compare the influence of YouTube stars and traditional media figures among teenage consumers. In what the publication calls a “surprising result,” the survey’s young respondents favored the new media influencers over their traditional media contemporaries.

The survey asked 1,500 respondents between the ages of 13 and 18 a series of questions about 20 recognizable stars. Half of these stars built their careers on YouTube, while the other half approached the entertainment industry through more traditional means. Once all the responses had been tallied, Variety assigned each star their own score, and the top five scores all belonged to YouTube stars. Smosh came in first, followed by The Fine Bros, PewDiePie, KSI, and Ryan Higa.

The highest-rated traditional media star was the recently deceased Paul Walker, who came in sixth. I personally wouldn’t have thought of the Fast and the Furious star as more influential than, say, Jennifer Lawrence or Katy Perry, but maybe that just means I’m out of touch with the attitudes of today’s teens.

Usually, when these sort of studies assert YouTube’s dominance among the younger demographic, they come with a number of questions about their methods. This time, though, Variety’s approach seems to be both balanced and statistically rigorous. The only thing I can think of that may have tipped the scales toward the YouTube stars is the nature of the questions in the survey. Variety asked its respondents about qualities like approachability and authenticity, both of which favor YouTube, its homegrown community and the amateur origins of its top creators.

Of course, that sort of authenticity is exactly the thing that makes YouTube so appealing. Teens enjoy the intimate experience with their favorite YouTubers, many of whom treat fans like family members or close friends. In that sense, YouTube’s massive influence among young audiences cannot be denied, and if Variety’s results are to be believed, this influence is only getting stronger.