The British Invasion: Mr. Stampy Cat Is Ready To Move Into Your Living Room 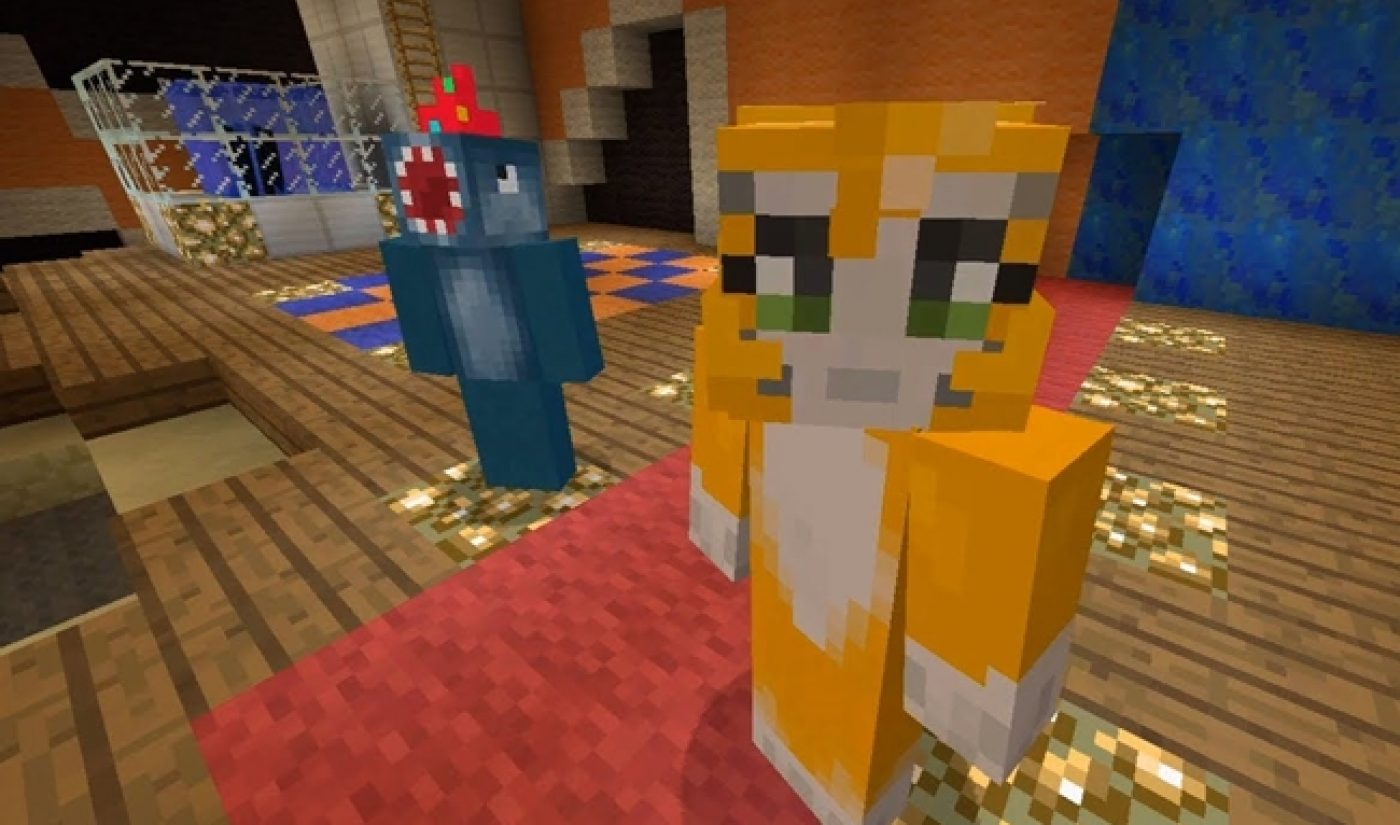 My daughter was just shy of nine years old when she began playing Minecraft.

If you are not aware of Minecraft, think of it as digital Legos for Generation Z. It is a ‘sandbox’ game – players are given a near-blank slate. They create their own adventures, challenges, structures, and environment, with blocks as their tools. If you are reading this article, you are probably aware that Minecraft is huge in the tween crowd. You might be a parent who has bought one of over 70 million copies sold across game consoles, computers, and tablets.

At some point, my daughter’s desire to play Minecraft overtook competing entertainment options. Frankly, I found Minecraft to be a better use of her allotted computer time than watching tween-focused videos on YouTube. She then began discussing Minecraft with her cousins and school friends, and started playing together with them. Minecraft was no longer a solitary experience for her, but her interest was still limited to the game itself.

Then, something changed. She began to access instructional ‘Let’s Play‘ YouTube videos to hone her skills. Let’s Play gamers record themselves playing while talking along to narrate their experience. It was at this time my home was summarily infiltrated by a high-pitched, fast-speaking young man with a British accent and a crazy laugh.

I would hear him in the morning if my daughter was up before me. I would hear him when her friends or cousin were over. He would be on when I got out of the shower. He was driving me crazy! Who was this annoying YouTube personality who had invaded my living room, wielding a diamond sword and accompanied by a few sidekicks? He exists in a Minecraft world my daughter prefers to any concoction dreamed up by television, and his name is Stampylongnose.

Stampylongnose, aka Stampylonghead, aka Mr. Stampy Cat, real name Joseph Garrett, is 23 years old. The YouTube hits on his videos from pre-teens probably make popstar promoters so green with envy that they sprout grass. I found this disturbing. Who was this person who resided in my living room so often that I called him my computer’s ‘voice’?

I hit a search engine to embark on a research journey, to make sure Stampy was not a nefarious character wielding undue influence on my innocent offspring. He sounded like a high-pitched British Barney, sped up and doused with alcohol. Needless to say, I was concerned. I think a part of me was also hoping there would be something wrong with him, so I would have a legitimate reason to silence the voice that lived in my computer. I never anticipated that the results of my inquiry would land me as a fan of Stampy’s page on Facebook, scrambling to make a last minute trip to San Diego Comic-Con happen so my daughter could meet Stampy.

In the midst of my journey, I accessed interviews with Mr. Garrett, who came across as intelligent, great with kids, and enthusiastic, with many positive attributes, none of which were annoying. As I became endeared to the ‘real’ Stampy, I began watching the Stampy videos with my daughter with new perspective. I no longer found him annoying. I felt bad for judging him. And, strangely, I too now look forward to the next Stampy video. What changed? I stopped hearing an annoying voice, and started listening. And I began to hear wonderful stories.

I now understand why Stampy is legendary in the tween and teenage crowd and why he has been in the top 10 most viewed channels on YouTube for months. He is simply an amazing modern storyteller. He is a natural with kids, and just because he is telling stories via instructional YouTube videos does not take away this appeal. If you are skeptical, watch his 2013 Christmas Special “Saving Santa” or his “Melon Moment” video.

His videos contain every element essential to a good story. They are wrapped in a kid-friendly package, delivered with genuine enthusiasm, and increase any child’s Minecrafting abilities. Why might parents embrace him? Unlike the pop stars who compete with him for a child’s attention, he does not behave or dress egregiously.

The culmination of my transformation into the latest Stampy fan occurred in July. I traveled to San Diego with my daughter so she could meet Stampy at the Maker Studios installation at the Nerd HQ event held adjacent to Comic-Con. I observed Mr. Garrett field questions from 10 year olds for more than an hour and a half, his enthusiasm never wavering. The Q&A was followed by a meet-and-greet in which preteens waited in line upwards of an hour for a chance to receive a picture and an autograph from Stampy. Thanks to his new line of merchandise and his plans to live part-time in Los Angeles, I suspect we will be seeing a lot more of Stampy across media platforms.

In a world where role models’ public personalities often take disastrous turns, I could not be more thrilled that my daughter has chosen to idolize Stampy. Whether they are ready or not, Gen Y parents are about to adopt a new pet. If he hasn’t already, Stampy will soon be invading your living room, too.

Rebecca Sahl is a UCSB graduate living and working in Los Angeles, CA who enjoys reading, writing, hiking, and watching videos about Minecraft in her free time.