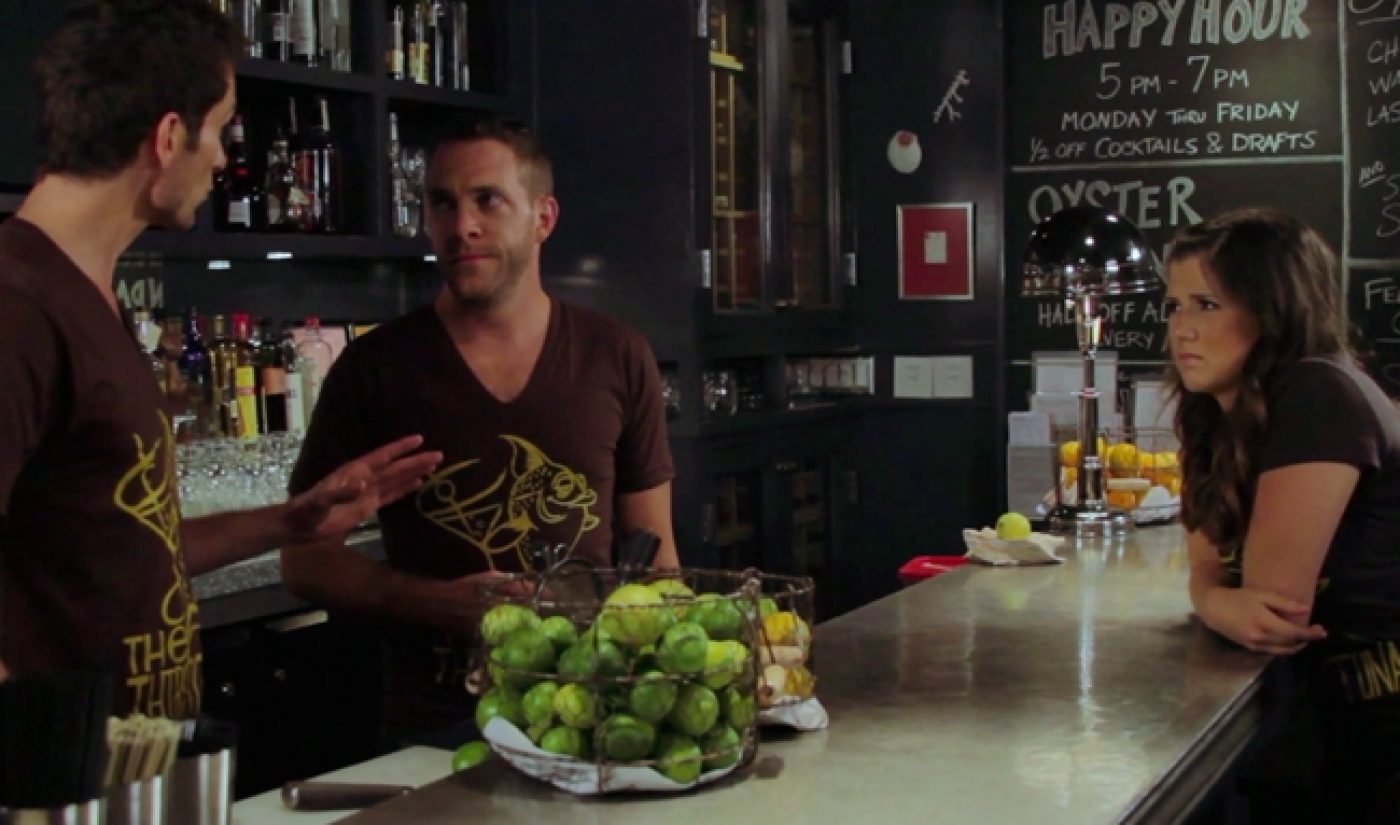 The question “What would happen if you slept with your best friend?” is a tried-and-true narrative sparkplug. In 2011, that central question launched two movies within months of each other. A recent web series brings that question to the web. Platonic puts a welcome spin on a tried-and-true plot thanks to the undeniable chemistry of its two leads.

Platonic opens with a short scene in which best friends MJ (series creator Matt Jackson) and Gray (executive producer Gracie Lane) embark on a night of passion after promising each other that they will never tell anyone or do it again. The series then flashes forward to MJ and Gray’s shared job–they both work at a trendy restaurant, though they don’t ever seem to get much work done. Instead, they gossip with friends and co-workers, with each character spilling details about his or her sex life.

The most refreshing thing about Platonic is that it does not make its inciting incident the center of attention. Instead of constantly rehashing what happened between them, MJ and Gray act like nothing has changed, though Jackson and Lane’s emotive performances allow the viewer to see how that is not necessarily the case. Platonic is, quite simply, an actor’s showcase. You can check out all six of its episodes on its official website.