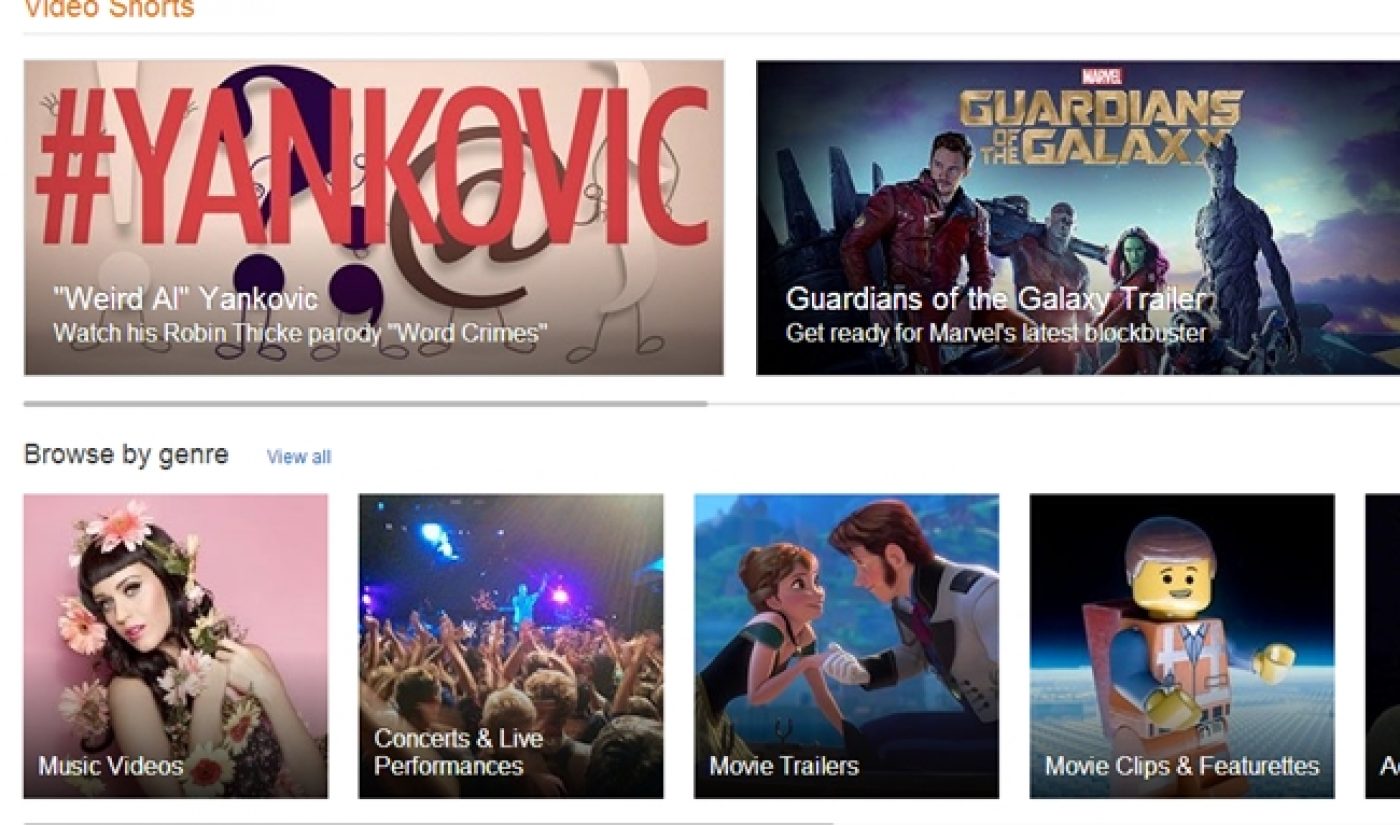 We recently learned of Amazon‘s plan to spend a nine-figure budget on original video during Q3 2014 in hopes of competing with Netflix and its library of TV-length web content. While long-form content is at the crux of Amazon Video’s plan, the company is also dabbling in a YouTube-style short-form library. TechCrunch has discovered a webpage called ‘Video Shorts‘ that offers short-form on the Amazon platform.

Amazon first announced its plan to incorporate short-form video last year, and according to TechCrunch’s information, the Video Shorts page actually arrived on the site within the past couple of weeks. There is a clear effort to ape the style that has made YouTube successful, as evidenced by Video Shorts’ emphasis on popular YouTube categories like beauty and gaming. The top featured video in the gaming category is a dead giveaway of Amazon’s plan: It’s a trailer for the video game Minecraft, which is hugely popular on YouTube.

At the same time, Amazon is attempting to do some things its own way. When As we noted  when Amazon’s short-form plans were first revealed, the company’s status as a top retailer gives it an audience, cash flow, and recommendation engine that are not as prevalent on YouTube. Amazon has made use of these assets by linking to relevant items in the sidebar of each short-form video.

Most of the Video Shorts library can also be found on YouTube, so there’s not much reason to poke around on the site just yet. Consider this a low-investment venture that, should it find a way to stick its head above YouTube’s canopy, could pay massive dividends.