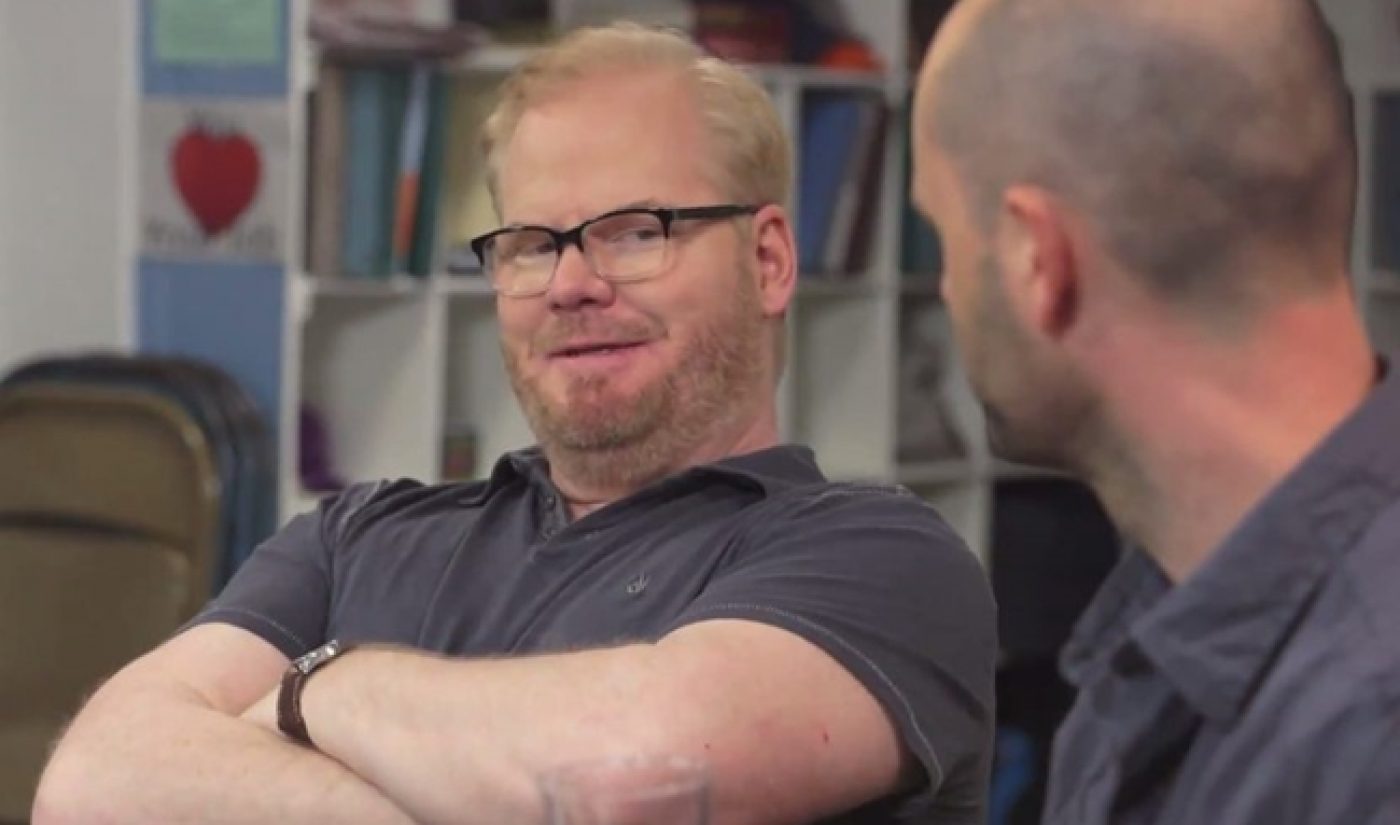 There’s a new website offering comedy web series, and one of its first offerings is bringing a few big names to the platform. SnagFilms‘ Thundershorts is home to Teachers Lounge, which has arrived just a few days after its creators successfully completed a Kickstarter campaign.

We wrote about Teachers Lounge a week ago, when it had just two days to raise the $5,000 it needed to reach its $50,000 crowdfunding goal. Sure enough, creators Ted Alexandro and Hollis James managed to reach their mark just under the wire, and they immediate released the first of four previously-shot episodes via Thundershorts.

The big appeal of the Teachers Lounge Kickstarter was the promise of big name guest stars, who Alexandro was able to recruit thanks to his ties to the New York City stand-up comedy scene. Sure enough, the first episode includes an appearance from Jim Gaffigan, who plays a school nutritionist who runs a questionably-named wine company on the side. True to its stars, the whole episode feels like a big stand-up bit.

Teachers Lounge is one of a few series leading Thundershorts’ charge into the original web video space. There are already a lot of options for aspiring web series creators (particularly those in the comedy space), but Thundershorts nonetheless managed to put together an intriguing launch lineup. Check out the site’s other series, and be sure to keep an eye on Teachers Lounge in particular.