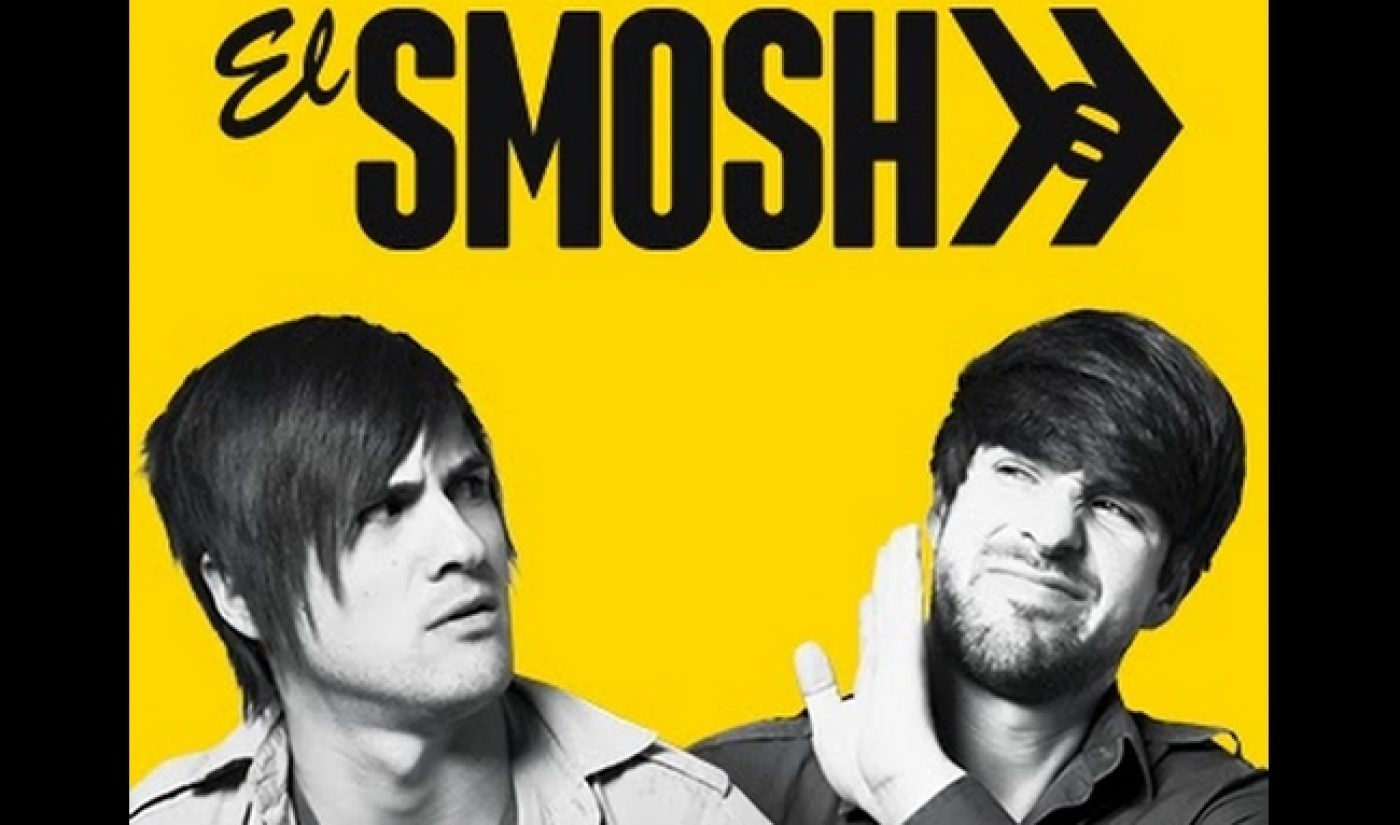 YouTube is a global enterprise. While American viewers can easily access millions of videos in their native tongue, international viewers need help to access the same quality content. More than any other top YouTube channel, Smosh has taken great strides to translate its videos and engage its foreign audience. The comedy duo’s Spanish-language channel, El Smosh, has itself accrued more than a million subscribers. We spoke to Smosh President Barry Blumberg and El Smosh Producer Patricio Maulén about their bilingual YouTube effort.

Tubefilter: How does it feel to have one million subscribers? What do you have to say to Smosh fans?

Patricio Maulén: This is amazing! It feels great to know that there are a lot of people waiting every week for a new episode of Smosh in Spanish and El Smosh Pit. I’m almost speechless and I just want to say, “MUCHAS GRACIAS,” to all the Smosh fans who have supported the channel and enjoy watching El Smosh!

TF: What made you decide to launch a Spanish-language version of the Smosh channel?

Barry Blumberg: We had so many Spanish speaking fans in Latin America and Europe watching our videos in English and we thought it would be great to give them something translated into their native tongue.

TF: Do you think there are particular elements of the Smosh style that Spanish speakers enjoy more than the English speaking audience?

PM: The English speaking audience has diverse choices of content to enjoy on YouTube, and while there is a lot of comedic content to choose from, Ian and Anthony’s unique style of humor is what makes them one of the most popular channels on the YouTube.

On the other hand, the Spanish language audience typically only has two kinds of YouTube content to choose from: vlogs and gameplay. El Smosh breaks this trend and offers something totally new and fresh for Spanish speaking viewers. The higher quality of writing and production in every single Smosh video also greatly contributes to El Smosh’s popularity with this audience.

TF: On the flip side, does anything tend to get “lost in translation” when Smosh videos are translated into Spanish?

PM: Inevitably, some dialogue and jokes can lose their meaning when translated into another language. For example, punchlines may not have the same impact in Spanish , but fortunately it’s an easy fix. When I translate into Spanish I often choose words that keep the original idea, but also make sense and have the same humor for Spanish-speaking viewers. Basically, translation consists of two stages: translation from English to Spanish, and then the adaptation of dialogue.

TF: How long does it take to translate a single Smosh video, and how many people work on the Spanish-language channel?

PM: For each episode, I spend about 45 minutes translating the dialogue. When I have the script in Spanish we record the dub of the video. In this stage I spend 2-3 hours recording my voice and editing. If I need an extra voice, I have friends from different countries (Argentina, Venezuela, Colombia, Mexico and Chile) that help me. I’ll send them the script in Spanish and the video to work with, and then they send me back the audio track with their voices. There’s a total of seven people who work with me regularly on the El Smosh channel, in addition to collaborating with the DEFY Media team.

TF: How do you choose which Smosh videos to adapt into Spanish?

PM: The goal is to translate them all!  The key feature of this channel is that we have the Spanish translation of the newest Smosh video live two days after the original video is released in English. This way our viewers have the newest episode of Smosh every Sunday in Spanish to enjoy while its still very topical.

TF: How do the Spanish-language Smosh viewers break down? Do most of them live in the US? Which countries have the most Smosh fans?

TF: Although the Spanish speaking population is very large domestically, less than 2% of El Smosh views come from within the United States.  Mexico is by far the country with most El Smosh viewers, with more than a third of views originating from there.  Chile and Argentina are close behind with 15% each, and Spain follows in fourth with just under 10% of views.  Colombia, Venezuela, Peru, Ecuador, and Uruguay close out the top 10 countries.

TF: What’s next for El Smosh? Any interesting plans?

BB: We are thinking about expanding with channels like El Smosh for French, German, Italian, and a host of other languages.  The important thing for us is to find great translators and voice over actors like Patricio, who has been an amazing partner.

On Deck (channels that will soon reach one million subscribers): iamOTHER, SevenSuperGirls, LOVEiS