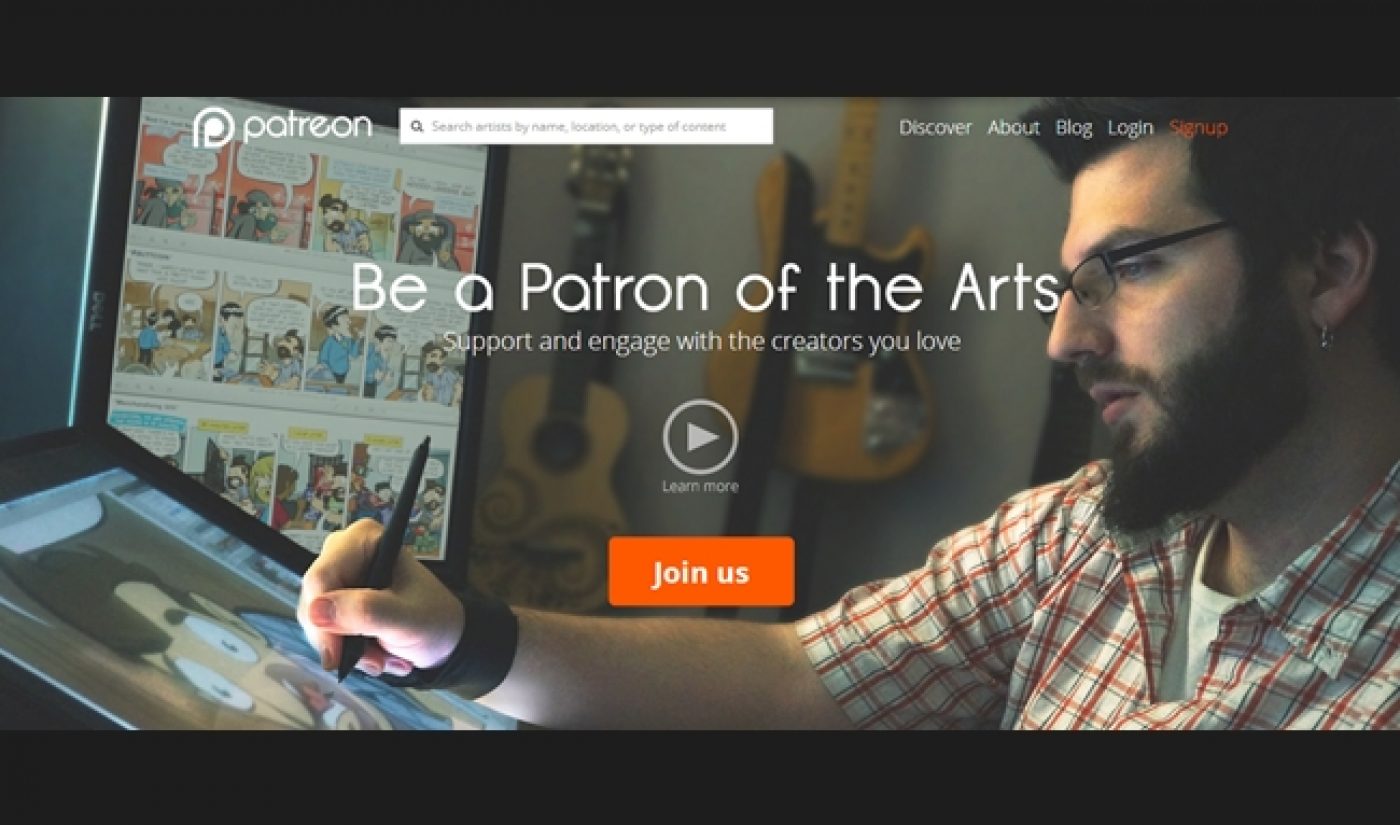 A year after its launch, Patreon has experienced considerable growth. The crowdfunding site, which rewards its users for each new piece of content they create, now claims a user base of 25,000 creators and an even large number of active “patrons”. To help facilitate its rapid growth, Patreon has successfully raised a $15 million Series A funding round led by Danny Rimer at Index Ventures.

Patreon runs on a unique model that has proven very attractive to content creators. By rewarding users who dish out new videos, comics, song, and other media on a regular basis, Patreon allows its users to bring in profits that far exceed those from ad revenue. Since the site’s launch in May 2013, its users have collectively earned more than $2 million, with half of that total coming in the past two months alone.

The influx of capital will smooth out Patreon’s growth. Co-founder Jack Conte told Tubefilter that priorities include improved signup flows, new features, timely payments, and bug fixes. He also noted that the platform will soon launch on mobile devices. These tasks will require plenty of new talent, and Conte speculated that the 11-person company may double its staff by the end of the year.

As Patreon scales up, Conte stressed that it will maintain its creators-first approach. He described the site’s typical user as “the mom-and-pop corner store, not the Walmarts and the Targets and the Best Buys…It’s that creator who we want to help. All of our resources are being built and designed to that class of person.” He added that “being creators-first shows up in every crevasse,” from the company’s engineers all the way up to its executives.

Aside from Rimer, other investors joining in the $15 million round include Reddit co-founder Alexis Ohanian, former President of PayPal David Marcus, and Delicious founder Joshua Schachter. This is the second time Patreon has closed a major funding round; it previously raised $2.1 million back in August 2013.