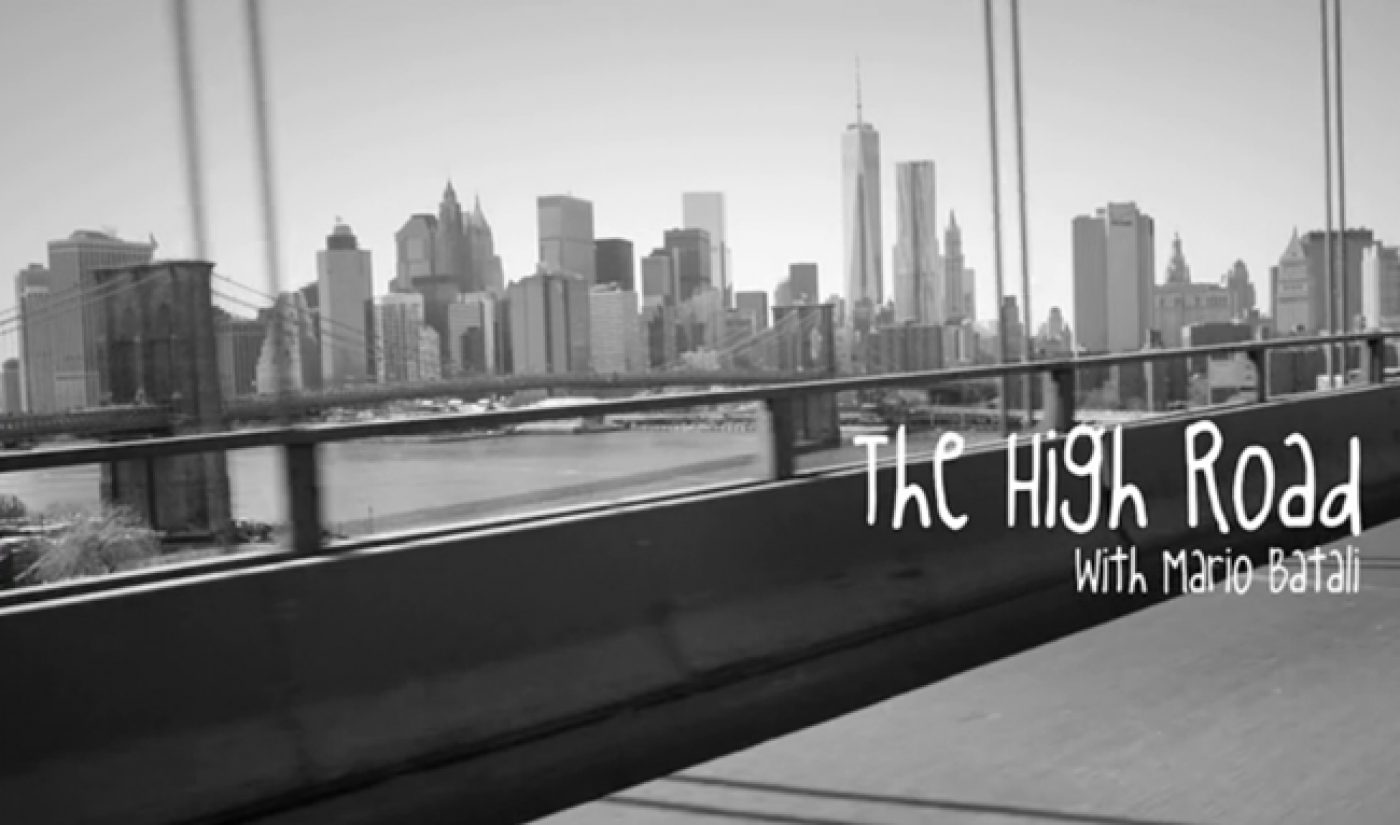 Mario Batali is combining his love of food, New York City, and Crocs into one compact web series. The celebrity chef is the star of The High Road, a new Hulu web series that one reviewer accurately described as ” a food-ier version of Jerry Seinfeld’s web series Comedians in Cars Getting Coffee.”

In each of The High Road‘s 12 black-and-white episodes, Batali will meet up with a different celebrity and journey off to a New York City culinary hotspot. The first installment features political journalist George Stephanopolous, who joins Batali at Brooklyn’s Royal Palms Shuffleboard Club for some food truck fare and a round of the bar’s titular activity.

Future guests will include Jimmy Fallon and Frank Bruni. Hyundai has signed on as The High Road‘s exclusive sponsor.

Batali’s fans will dig The High Road, but there’s enough here for any foodie or New York City travel enthusiast to enjoy. And for those who can’t get enough Batali, the chef will also star in Feedback Kitchen, which will serve as one of Dailymotion’s first real forays into original content upon its release. While we wait for that series, consider The High Road as a flavorful appetizer.