12,500 YouTube And Vine Fans Line Up For Digifest NYC 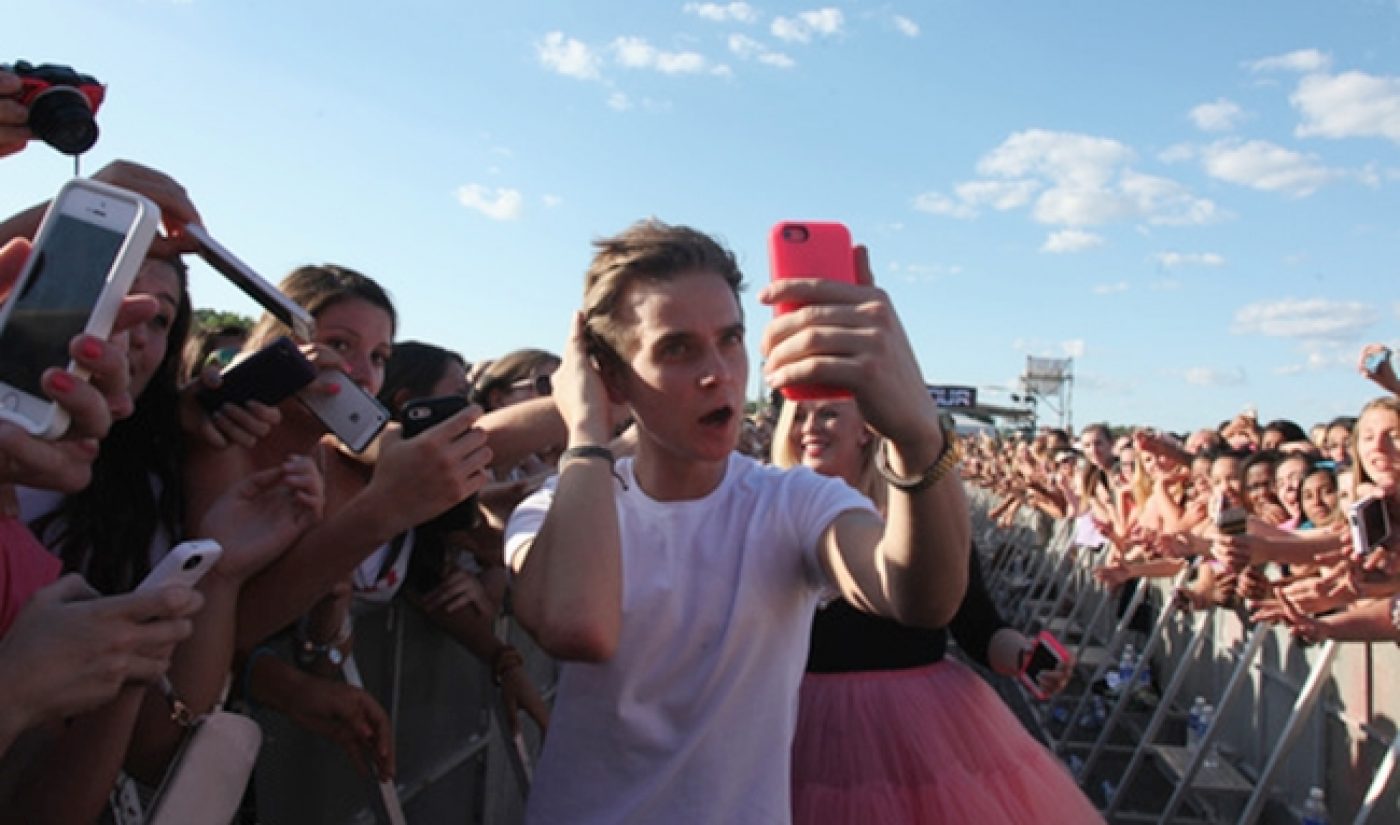 In May, Ryan Seacrest and Advance Publications invested in Digitour, a company that sets up real-life events featuring online video stars. Anyone curious as to why those two backers are so interested in “IRL” events received all necessary justification at last Saturday’s Digifest NYC. The June 7th event at Citi Field in Queens drew 12,500 fans, showing off a community of young YouTube and Vine stars.

Digifest NYC touted more than 85 performances, many of which were limited to just a few minutes. Digitour co-founder Meredith Valiando Rojas told The New York Times that the average set lasted about 15 minutes. “For a lot of fans, just seeing these people is enough,” she said.

The performers included YouTubers (Connor Franta, Lohanthony, Prank Vs. Prank, etc.), musical groups (including Fifth Harmony, Cimorelli, and Midnight Red), and the new movement of Vine stars led by teenage heartthrobs like Nash Grier and Cameron Dallas. Many of the performers showed off their respective talents, though the ones known simply for their good looks focused on simple Q&A sessions as they soaked in the screams of their young fans. “We had to build five to 10 minutes into the start of the show where we just let them scream and scream,” Franta told the New York Times.

Events like Digifest NYC are at the center of a new wave of online video creators, one forget by good looks and charisma and egged on by youth-friendly platforms like AwesomenessTV (whose partners made up a significant portion of the Digifest lineup). The appeal of this community tends to mystify older generations, but Digifest shows what the fuss is all about. The featured creators are rock stars for the Internet, and their gatherings are akin to modern-day Beatlemania. This may seem like an excessive comparison, but the 12,500 attendees at Digifest NYC (and the tens of thousands  more Digitour expects at its future events) are a testament to the growing power and influence of the Internet’s teenage icons.