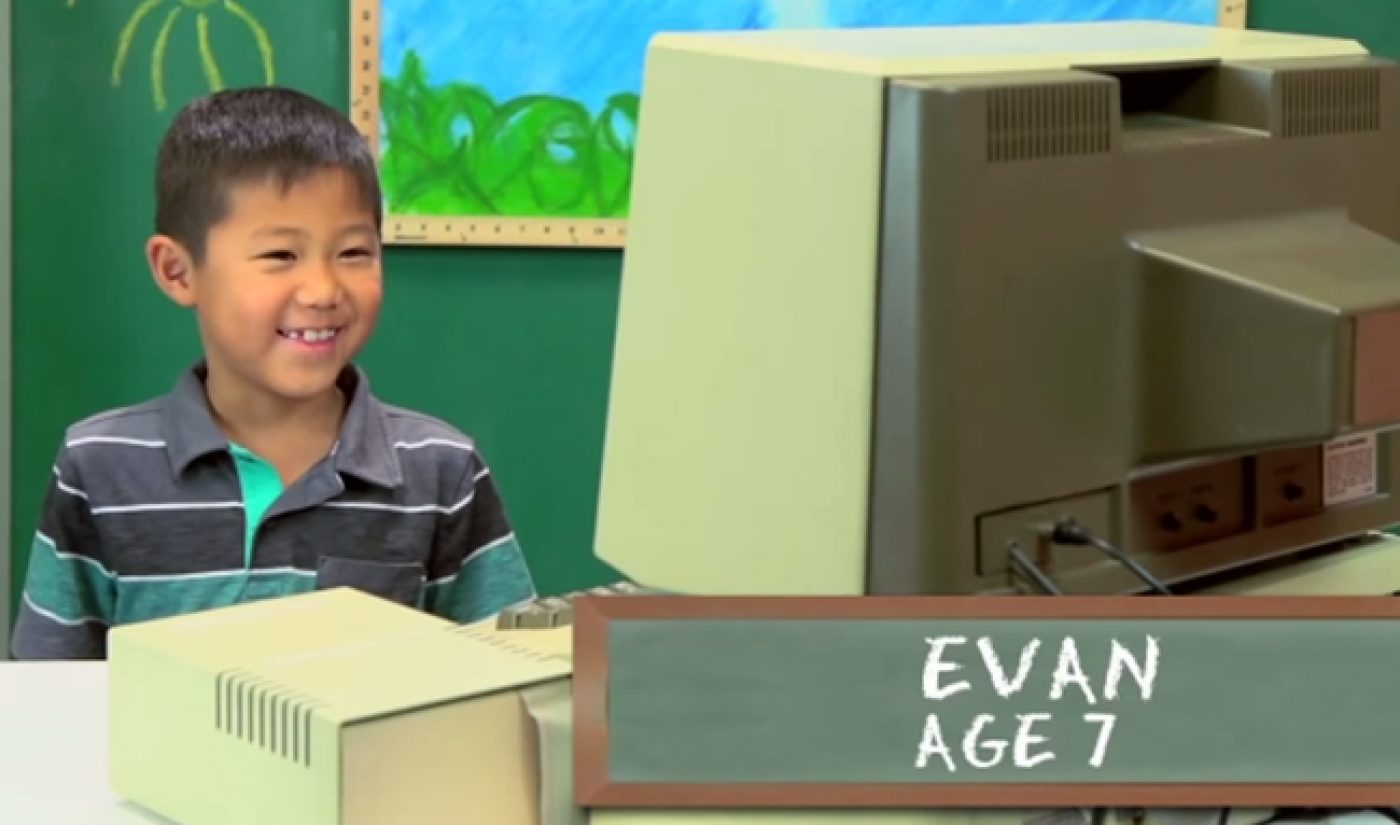 In the latest episode of the popular YouTube series Kids React, Benny and Rafi Fine presented their young stars with a object that is at least 25 years their senior: An Apple II computer. In the seven-minute video, the kids do their best to decipher the foreign contraption in front them, all while delivering plenty of the adorable, candid one-liners that make Kids React so much fun.

As it turns out, the video is actually a very clever brand collaboration. The old computers episode of Kids React is sponsored by AMC, the channel that will soon debut Halt and Catch Fire, a fictionalized account of the rise of the computer industry. The first episode of that series will debut on June 1st.

Teaming with The Fine Bros was a smart move on AMC’s part, as the old computers fit in neatly with Kids React‘s recent trend. Previously, Benny and Rafi asked kids to react to old telephones and cassette players, triggering nostalgia in viewers who are the same age as The Fine Bros. Both of those installments proved popular, but not on the same level as the computer episode, which has drawn 6.8 million views in just three days.

The Fine Bros have used React to foster brand partnerships in the past; their April Fools’ Day collaboration with Friskies is another recent example. This time, their video is part of a big online push by AMC; the channel has also posted the first episode of Halt and Catch Fire online. Will this strategy translate into big viewership? That depends on how many Fine Bros viewers connect the Kids React episode to the new TV show and how many of them watch for the old computers rather than the cute kids.