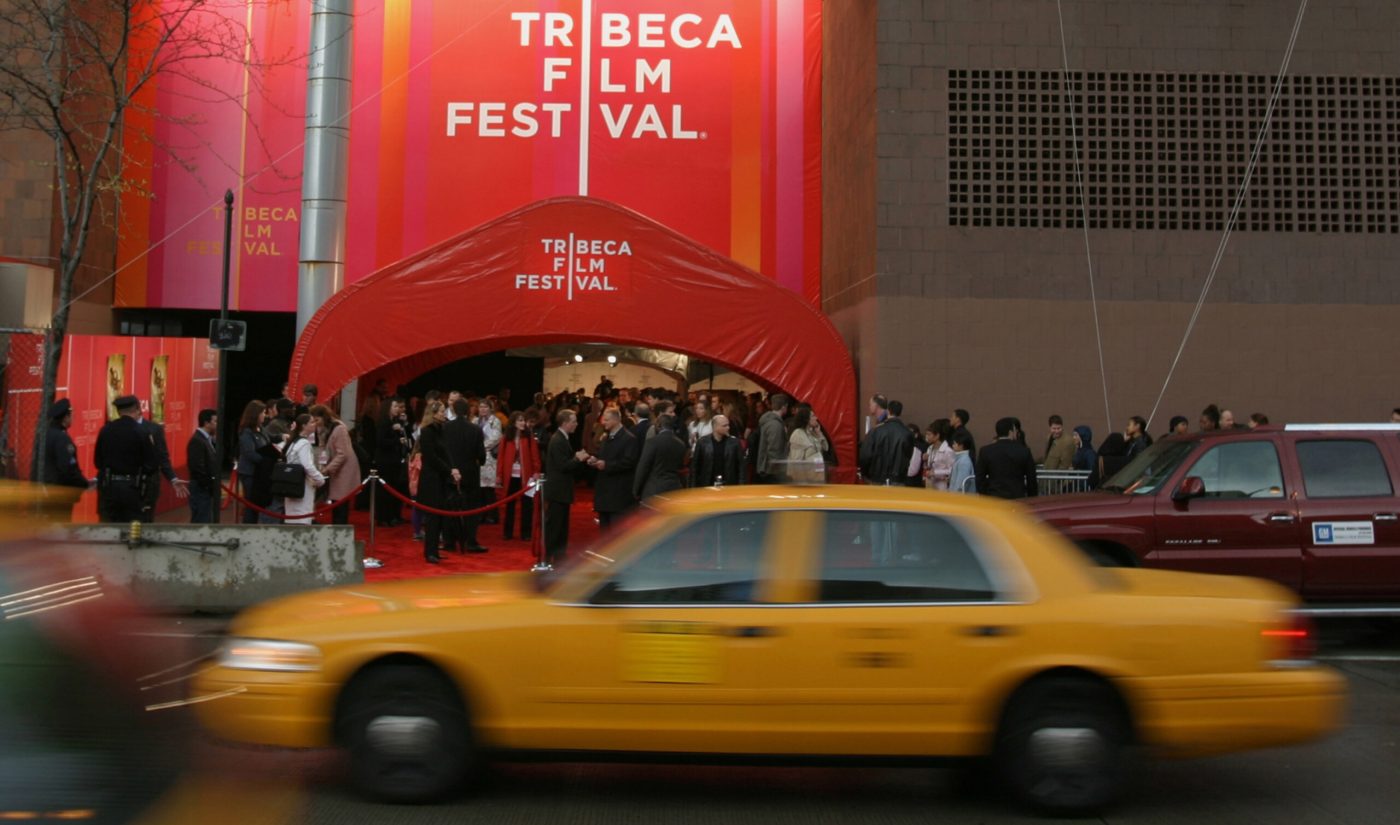 Sundance ignited the independent film boom in the 1990s after a few of its selections did well at the box office and major studios started picking them up for distribution. Today, while indie filmmakers are struggling to find financing, television is ascendant, with filmmakers from Andrew Haigh, Jill Soloway, Jane Campion, Lena Dunham and David Fincher moving to serialized storytelling for its stability, rising cachet and the ability to tell longer stories.

Festivals are adapting to the change.

This year, Sundance opened its famous incubation lab to television stories (by invitation only) and the Independent Filmmakers Project started accepting web series proposals for its emerging storytellers program. The Tribeca Film Festival has showcased digital storytelling for years, too. But this year it’s stepping up its game with the Tribeca N.O.W. program, a showcase of a dozen filmmakers, producers, writers and artists releasing compelling work online.

What distinguishes Tribeca N.O.W. from the festival’s previous digital offerings is its focus on creators who are particularly invested in the open distribution possibilities of the Internet. Three shows –Hello Cupid, I Hate Being Single and Be Here Nowish – premiered new episodes with the fest this year. (Full Disclosure: I was one of 22 members on the advisory committee).

The emphasis of the program is on artistic innovation, either in the technical craft of production or in storytelling. Featured individuals and entities include studios like PERIODS., which adapts works of literature and moments in history into slick, tight comedy videos featuring YouTube stars like Grace Helbig and TV stars like Penn Badgely, and Corridor Digital, a studio known for its skill in crafting visual effects-laden shorts.

For me the most interesting honorees are those who have been producing independent series on the web for years. Those of you familiar with my writing know I am keen on creators who create episodic, character-driven narratives, because that is in my opinion what television does best.

TFF has captured some of the most industrious and talented indie TV storytellers at critical moments in their development. It is doing what festivals have done best since the 1990s: giving creators an extra marketing push to bring them to the attention of distributors.

Indiewire readers no doubt have heard of High Maintenance, which I named the best comedy web series of last year. Now in its fourth ‘cycle’ — they don’t do seasons — the series is at the top of its game. While creators Katja Blichfeld and Ben Sinclair were developing the show for television, they expressed their desire to keep the show on the web as “an art project we get to work on with friends,” Blichfeld said at a recent event for the Tribeca program at the Apple Store SoHo.

Nevertheless their most recent episodes reflect the team’s readiness to take the show to the next level. “Qasim,” released earlier this year and featured on the TFF website, is a stylish take on a character who, unlike most of the series’ stressed-out New Yorkers, is in complete mastery of his life.

But the most recent episode, “Rachel,” is perhaps their best, which is saying a lot. Starring Downton Abbey‘s Dan Stevens as a writer struggling to create his next project, “Rachel” manages to exist both as a meditation on the relationship between gender identity and creative labor. It’s also one of the best endorsements of a product I’ve seen in a contemporary series – “product integration” at its most sophisticated, though it’s closer to a collaboration. The episode is a pleasure from start to finish, featuring performances from Blichfeld and Heléne Yorke (from the series’ popular “Olivia” episode), the lovely clothes of Rachel Comey, and some terrific music (including a personal favorite, Brooklyn-based Gordon Voidwell).

I see “Rachel” as a clear message from the creators to TV networks that they can make art that’s entertaining and promotes stuff, too. This is the ideal that ad-supported television only occasionally reaches, as is the case with a show like Louie, and probably the reason the creators of High Maintenance are sticking to the web and the creative control self-distribution allows. “The draw of television is the money,” Blichfeld said.

TFF’s programmers also selected three scripted series at different stages in their runs, each poised to take off and each experimenting with different business models.

Black and Sexy TV‘s Hello Cupid, created by Lena Waithe (a producer of the Sundance hit Dear White People) and Ashley Blaine Featherson, is entering its second season and testing a pay-per-view model via VHX. The series is among the more popular black romantic comedies, a genre that has exploded on the web in recent years.

Issa Rae, the creator of The Misadventures of Awkward Black Girl who is develping the program into a series at HBO, has been releasing indie black rom-coms on her YouTube channel for years. She started with Black & Sexy TV co-founder Numa Perrier‘s Roomieloverfriends. Perrier, with her partner Dennis Dortch and Spike Lee, also has an adaptation of Black & Sexy’s The Couple at HBO.

Hello Cupid ranks among the most charming in the rom-com trend. In it, best friends Whitney and Robyn switch online profiles, as Whitney, who is darker-skinned than Robyn, is having troubling attracting men. In season one, the friends are talking to Cassius, a.k.a ProudDad, but the beginning of the season reveals ProudDad isn’t as honest as his profile might suggest.

I Hate Being Single

Returning for its second season is Rob Michael Hugel‘s I Hate Being Single. Hugel got his start in New York through the Upright Citizens Brigade, and caught the web series itch directing episodes of the web series version of Ilana Glazer and Abbi Jacobson‘s Broad City, now one of Comedy Central’s best reviewed series. Hugel ran a successful crowdfunding campaign for the show’s second season, after he amassed a large following for the show on Tumblr, where he responded to fan queries for relationship advice. “People who are following you from the web are diehard from the beginning,” Hugel said at the event.

The second season starts with Rob hustling and failing as hard as ever. This season Hugel took on more directing duties and he promises a bigger season when it debuts this summer. The premiere is a brisk introduction to many of the series’ characters and a reminder to core fans of where Rob is in his life: single, struggling but perhaps more determined than ever. It features online video stars and producers like Al Thompson, Shannon Coffey, and Akilah Hughes.

Rounding out TFF’s episodics is a new show, Be Here Nowish, a comedy about two queer (one queer-ish) New York women. Romantic and professional circumstances push Sam and Nina, played by creators Alexandra Roxo and Natalia Leite respectively, away from New York to the West Coast, where the pair hopes to find spiritual enlightenment. Be Here Nowish captures the vibrant, at times melancholic, life of being single in New York and contrasts it with life on the west coast in the latter half of the season, set to premiere in a few weeks.

It’s colorful and sexy, representing what I hope is the future of indie TV: idiosyncratic, multicultural explorations of specific, local experiences. Roxo and Leite developed the series in Brooklyn after noticing how often the idea of spiritual fulfillment comes up amongst friends. Both creators also had many experiences with meditation, crystals, retreats and other approaches. The idea to make and star in their own series evolved naturally.

“Nobody’s gonna do this stuff except us, especially for free,” Roxo said. “We’re comfortable doing it all,” Leite added.