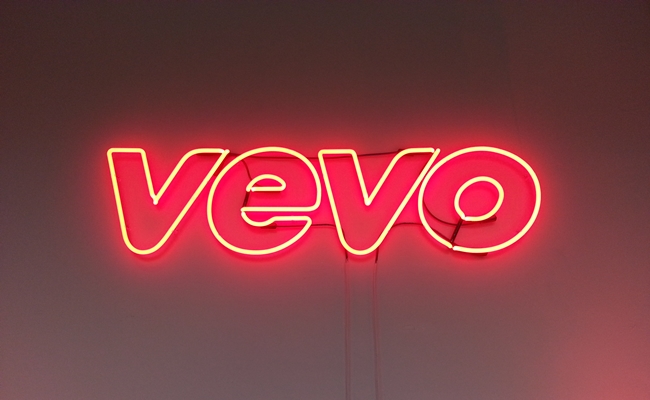 Online video network VEVO is taking advantage of its large library of music videos to create an expanded lineup of original programs. At Digital Content Newfronts, the company’s execs announced seven new programs as well as an expansion of the existing VEVO Certified channel.

VEVO’s new originals primarily focus on music, though they will extend into categories like cooking, fashion, and celebrity culture. The goal is to reel in the audience that is already consuming VEVO content. This group includes moms–11 million of them on PC–according to data from Comscore.

Two of VEVO’s new shows will also leverage the network’s library of music videos. Guess the Video, a game show format in which contestants must figure out what music video they’re watching or else earn a pie to the face, has already launched three episodes, including a recent one featuring Lorde’s “Royals”. I would advise the contestant who could not identify Lorde’s video to climb out from under his rock.

VEVO also announced a new series of performances for its VEVO Certified channel, which celebrates artists whose videos have exceeded 100 million views. Previous Certified episodes have featured commentary from the artists behind popular videos, but the show will be in concert this fall as part of a new program called Certified Live. VEVO will add yet another element through Certified CountUps, which will attempt to spur popular videos towards that 100 million view goal.

Here is a complete list of the original programs VEVO introduced during its Newfronts presentation:

Stylized (co-produced by Vevo and Milk Studios, MADE and Legs Media) – With a major new programming partnership between two of the hottest media companies in the world, the popular fashion series will be re-imagined and launched this year. Stylized will go beneath the surface and expose the true personalities behind artists’ fashion identities, including their perspective on art, culture, gender and much more. Style is an expression of every artist’s personality, and we aim to delve deep into who each of our subjects really are.

Get The Look (co-produced by Vevo and Rachel Zoe’s The Zoe Report) – Music and fashion have always had a symbiotic relationship, forever influencing creativity and sparking global trends followed by millions.  Loyal fans may not be able to walk the red carpet or get up on stage with their idols, but they sure can look like they will.  Get The Look will show our viewers how they can achieve a superstar look at home without the couture price tag.

Taste of Music (co-produced by Vevo and Endemol) – Each episode of Taste the Music invites a rock star chef to watch a popular music video and translate the feelings it evokes into food, creating a unique and surprising dish.

Guess the Video (co-produced by Vevo and Archive Entertainment) – Part quiz show, part comedy, our hosts the Hudson Brothers roam the streets of Atlanta with a tablet showing passersby a few seconds of a music video, and test who knows their Shakira from their Shaggy. If they get it, they win $100. If they don’t, they get a pie in the face.

Judge This! (co-produced by Vevo and Kids at Play) – Using the popular format made famous by Best Week Ever, the series Judge This! will feature the hottest YouTube stars to playfully answer some of the biggest questions bubbling up in pop culture.  Should Justin Bieber go to college?  Should One Direction add a girl?  Judge This! will put these hilarious questions to rest once and for all.

AKA (produced by Vevo) – Many artists have unique monikers, but where did they come from?  A.K.A., uses imaginative original animation to tell the untold stories behind artist’s stage names, from Future to Neon Trees.

Day Off With… (produced by Vevo) – The saying “celebrities are just like us” comes to life as Vevo explores what artists love to do when they are not making music. From driving race cars to flying, cooking, scuba-diving or skydiving, viewers get a chance to see what their favorite artists love to do in their free time.