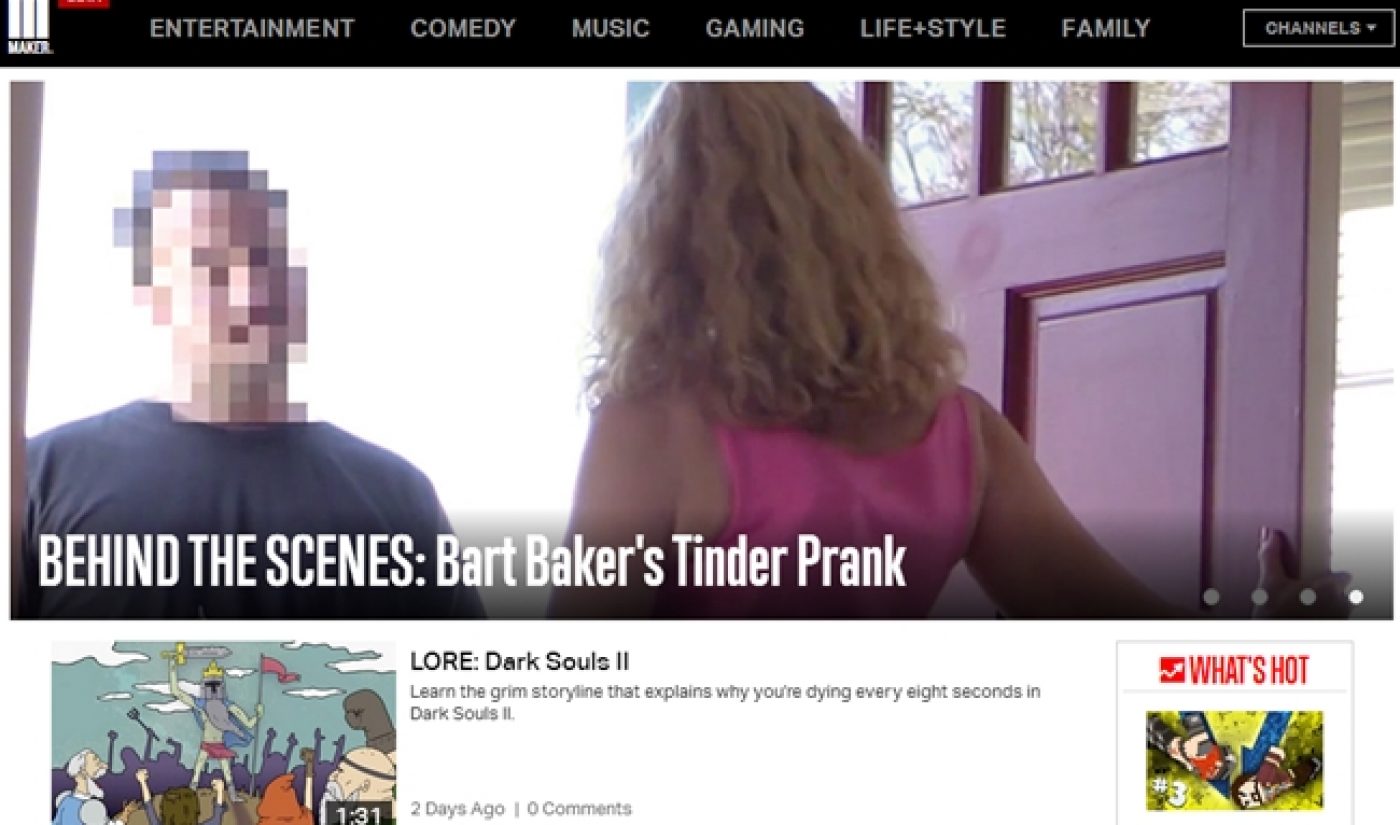 Maker Studios is one of YouTube’s biggest networks, but how many of the viewers who watch Maker videos even know the company’s name? The network’s partners–a group that includes Epic Rap Battles of History, PewDiePie, and Toby Turner–are the recognizable brands that attract most fans, but Maker wants to get its own name out there. According to the Wall Street Journal, the soon-to-be-Disney-owned company will launch Maker.TV, a new off-YouTube video platform that will build its personal brand and help attract advertisers.

Maker.TV will be a video destination separate from YouTube. Its launch will follow one of 2013’s major trends: The migration of top YouTube content off of YouTube, an action that can distance creators from Google’s aggressive ad rates. However, Maker’s brass insists that the move isn’t about advertising; instead, it has everything to do with the Maker name. Erin McPherson, who came to Maker from Yahoo last year and is a champion of the new venture, explained that “creators know us. We’ll go to conventions and the Maker booth gets swarmed. We want to lean into that brand where it makes sense.”

Beyond Maker.TV, Maker Studios is also establishing contact with big-name talent through a program called Maker Labs. Those who connect with the Labs will create content alongside Maker’s production team, with will.i.am–who partnered with Maker back in January–leading the charge. Other big names attached to Maker Labs are James Franco, Walking Dead creator Robert Kirkman, X-Games athlete Nyjah Huston, and an entire brand in Pepsi, which has collaborated with Maker Studios creators like Mike Tompkins in the past.

The collaboration with Pepsi hints at Maker’s understandable interest in attracting brands, and it’s third new product, titled Maker Offers, will scale up the network’s branded content operation. Through Maker Offers, brands will be able to distribute brand messages to thousands of Maker partners at once. The creators will then have to option to include those messages in their videos after getting a go-ahead from the brand.

Maker Offers will jive well with both creators and the network at large. Both groups are eager to participate in branded content as a way to go beyond unreliable ad rates. “This is branded entertainment at scale,” said Maker COO Courtney Holt. “It’s a controlled way to distribute scripted assets.”

Maker’s new tools are already attracting ad dollars. According to AdAge, the network has secured an upfront deal with Omnicom that is reportedly worth tens of millions of dollars. As part of the deal, Omnicom will receive access to Maker Labs, so the network’s new services are already beginning to pay dividends.