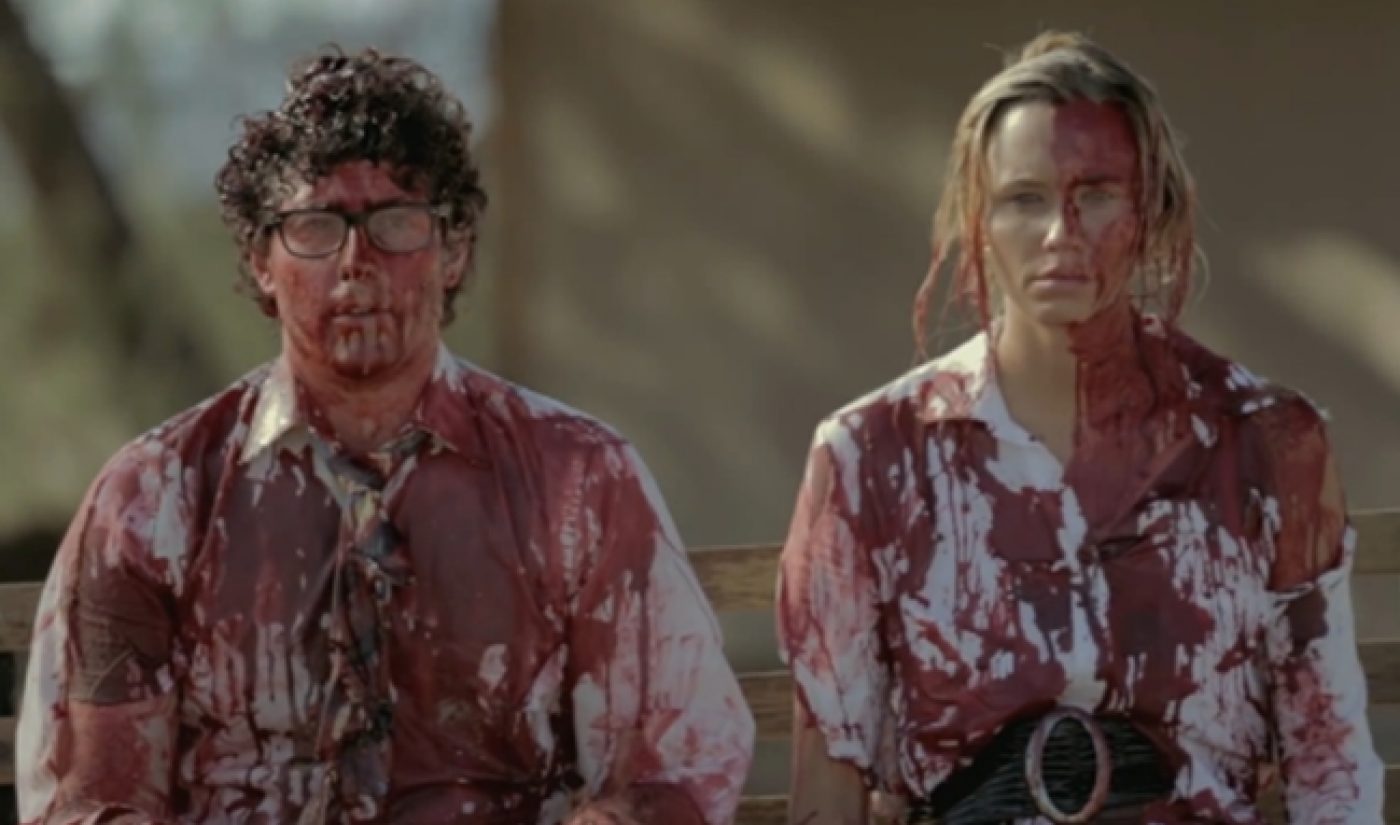 We receive a ton of tips every day from independent creators, unaffiliated with any major motion picture studios or television networks. The Indie Spotlight is where we’ll write about and shout out to a select few of them and bring you up to speed on the great (and sometimes not-so-great) attention-grabbing series you probably haven’t heard about until now.  Read previous installments here.

The first shot of Bad Timing, which shows a bloody piece of clothing, forecasts a macabre zombie thriller. Looks can be deceiving, though, and Bad Timing is far from your typical zombie series. Instead, it’s a romance about a love triangle at the end of the world.

Bad Timing stars Andy Goldenberg (known as Goldentusk on YouTube) as a socially awkward dweeb who finds himself as one of two survivors of a zombie apocalypse. His only companion is Eve (Aqueela Zoll), his coworker and the girl of his dreams. The series follows Andy’s attempts to woo Eve, which are interrupted by the sudden reappearance of her hunky boyfriend Kevin (Michael Foster).

12 episodes in, there’s still no sign of the zombies, and Bad Timing‘s smart script continues to take center stage. The zombie-comedy-romance is a well-tread mash-up, but Goldenberg doesn’t think an innovative concept is necessary for a winning series. “We’ve seen your story before. It’s not original,” he told Nohoartsdistrict.com. “We’ve never met your characters, though, and their experiences and point of view is going to be what makes it watchable. Focus on character development and your viewers will forget that it’s just another _______ story.”

There are three more episodes still to come in the Indiegogo-funded first season, and Goldenberg hopes to raise more money for a second season after this one concludes. Goldenberg hopes those episodes will be longer, which would give his characters more room to breathe–unless, of course, the zombies finally show up.