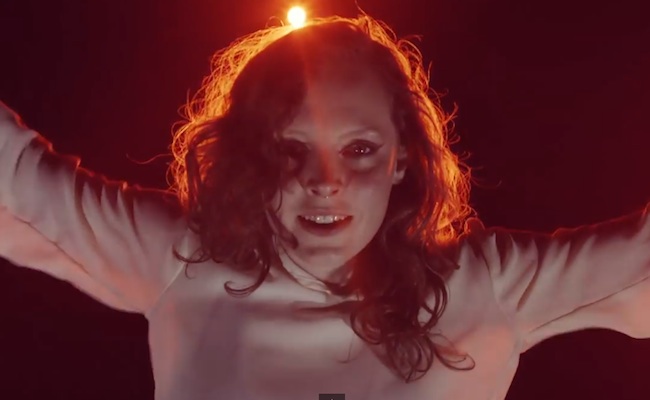 Out with brand new visuals from their forthcoming album is Sylvan Esso. The clip is a stylistic light show bent to the beats of the infectious tune, “Play it Right”. It’s a sing-a-long jam with deep bass notes and a melody that’ll stick around while you spin in your room shouting the lyrics, neighbors be damned.

The video features the North Carolina based duo dancing in front of a starkly illuminated stage. Vertical accent lights add a silhouette as Amelia Meath sings along to the synths provided by the other half of Sylvan Esso, producer Nicholas Sanborn.

The duo formed back in 2012 on the strength of this song. Meath provided the lyrics and Sanborn completely remixed the tune, which she originally wrote with another band. The success of that first collaboration formed the backbone for their upcoming self-titled debut record out on May 13 on Partisan Records.

Intricate melodies mixed with synth beats and savvy production is a proven formula for pop success. With the new record, the band looks to spin that narrative, turning that whole catchall “pop” sentiment on it’s side and provide some new perspective. In their own words the new release has more “sexual depravity, home sickness, wanderlust, and nostalgia.” And luckily, there’s more of all that to come in the next few weeks when the record drops.

Keep up with Sylvan Esso’s tour dates on their website.  And make sure to check out Partisan Records to pre-order a copy.